NGC 7080 is a barred spiral some 200 million light-years behind the constellation of Vulpecula so close to the border with Pegasus that the left part of the image is in Pegasus. Vulpecula is a rather galaxy free constellation. NGC 7080 is seen through some galactic cirrus. It is rather faint so I used more time than usual trying to bring it out. An unbelievable (for me) 2 hours and 20 minutes of luminance data and 40 minutes of each color taken over 4 days last July. It was located in satellite alley with nearly every sub (color and luminance) containing at least one satellite. Many nearly as faint as the cirrus. Due to the similarity in brightness, even a sigma combine failed to fully remove them after the severe stretch needed to bring out the cirrus was applied.

NGC 7080 is classed as SB(r)b. It was discovered in 1863 by Albert Marth. It was independently found by Édouard Stephan on August 31, 1872. That discovery is listed as NGC 7054 I\'ve seen it in a 10\" scope though I needed very good skies. It seemed dimmer than its rated 13.1 visual magnitude. I was surprised that it was somewhat red in color. This might be due to all the dust we are viewing it through. The few color images of it I was able to find showed it much bluer than what I came up with. At first, I thought I\'d made an error someplace but then noticed its blue magnitude is 0.6 magnitudes fainter than its green magnitude. This is a rather large difference and indicates it really is reddened. The newly released Sloan expanded coverage data image also shows it rather reddened as well. I hoped that NED had picked up this new data but apparently not so there\'s no redshift data available for any of the other galaxies in my image. 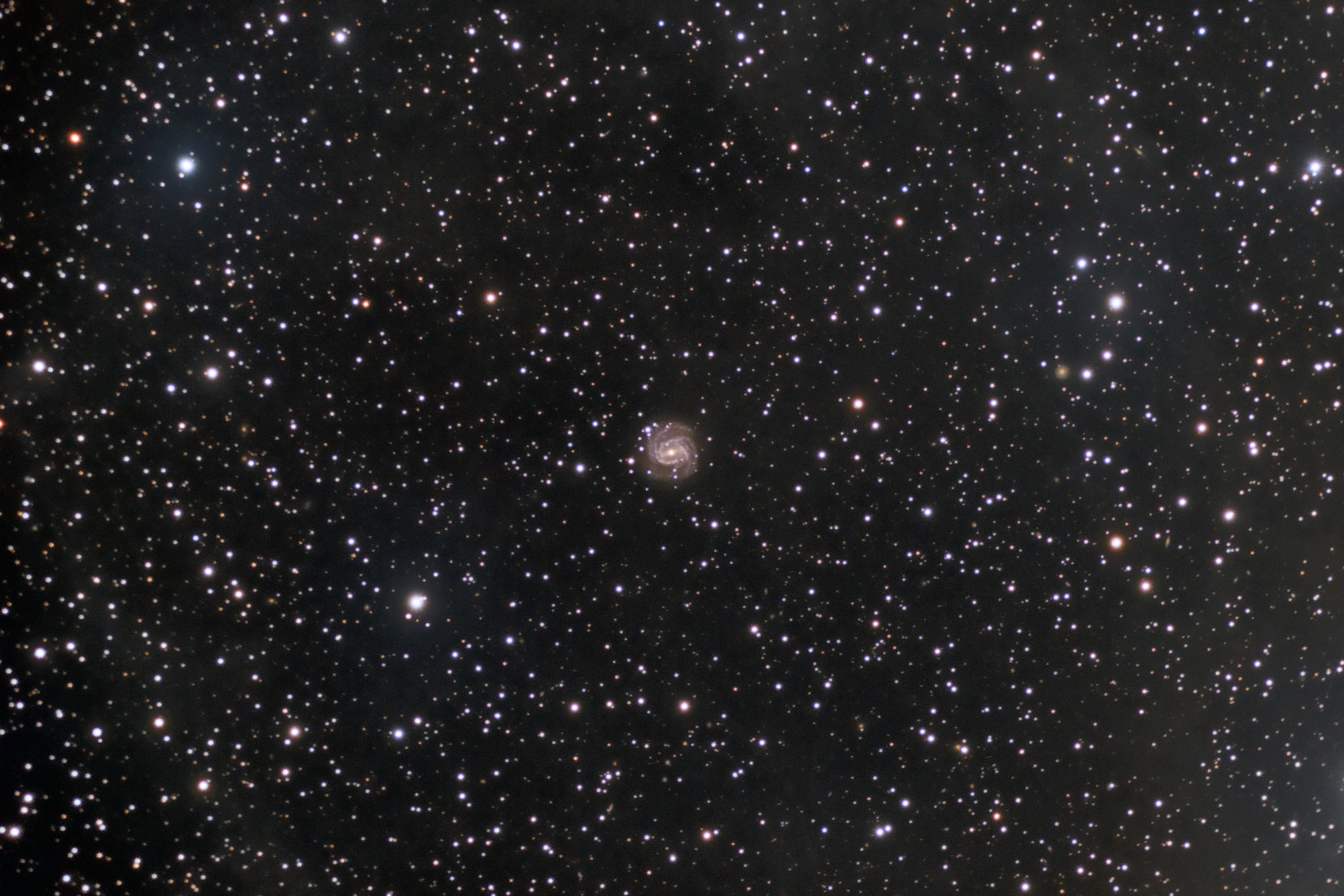