NGC 7086 is an open cluster in Cygnus. It was discovered by William Herschel on September 21, 1788. WEBDA gives its age as about 140 million years and puts it 4200 light-years away. It is a Herschel 400 object, a list I\'m slowly working on imaging when possible, many are too low for my current skies. My log entry with a 10\" f/5 scope using up to 100x on a humid night (June 14, 1985 at 3:30 UT so not quite end of astronomical twilight) of low transparency reads: \"Scattered, irregular open cluster of a dozen or so bright stars seen over a field of unresolved stars.\" It appears I never went back for a second look. NED doesn\'t list a single galaxy in the image. There is a 19th magnitude very blue star-like object well north of NGC 7086 and a bit east at 21h 30m 37s +51d 43m 5s that I couldn\'t find a thing on. Most likely a very blue-white dwarf but no one had it listed that I found.

According to my log, I took additional data on this two nights later but I can\'t find it anyplace on the hard drive. Could be I started a run that clouds aborted and I didn\'t mention that. I just can\'t remember back that far. So I made do with the data I had. It is sufficient for a cluster but not for some dust that I saw in the image. Just too noisy so I processed it out. 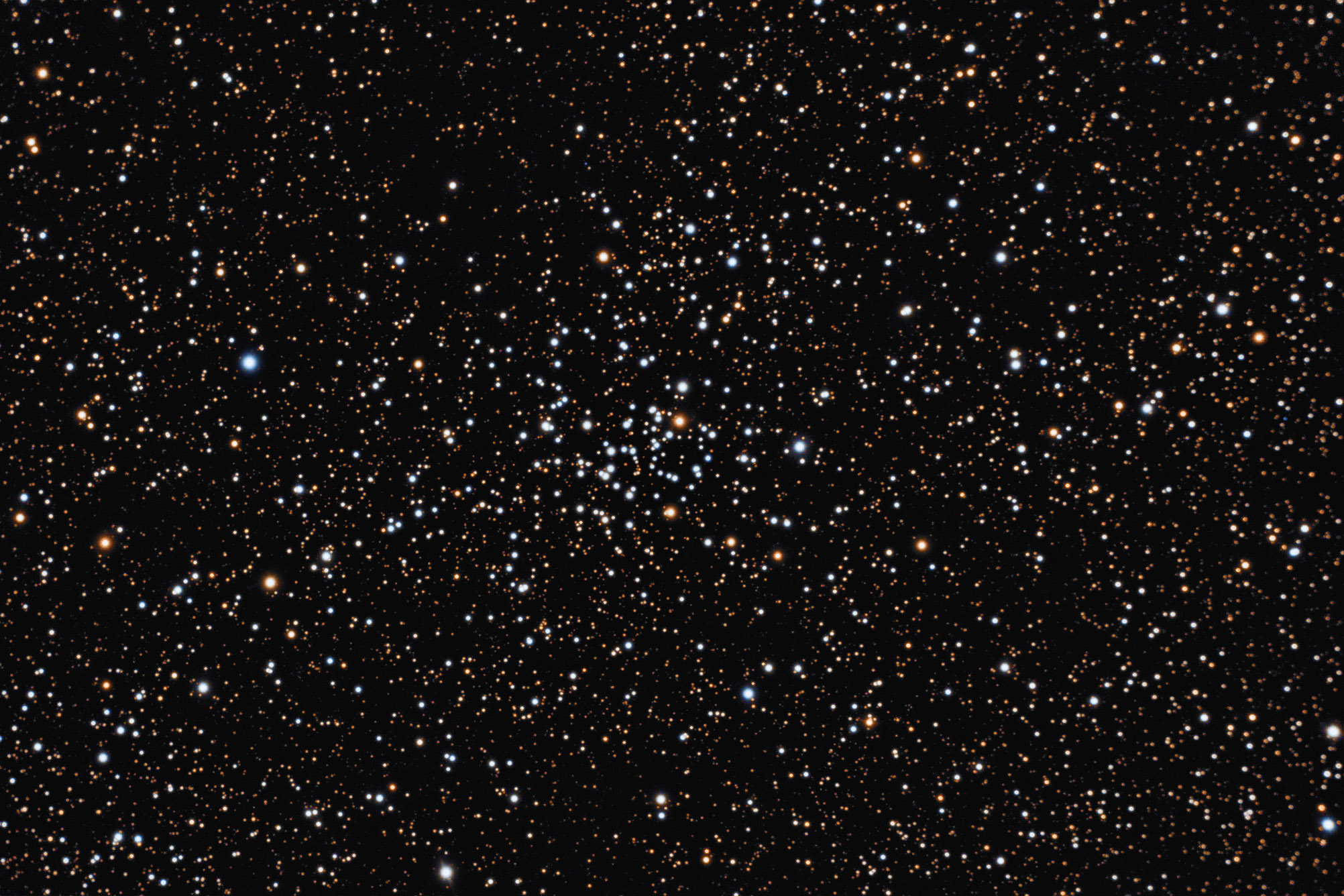