Sometimes I wonder why I research my objects. This is such a case. The more I looked the more confusing things became.

NGC 7127 is listed as an open cluster in northeastern Cygnus. I\'d normally give a distance at this point but my research turned up nothing but confusion. I found only one reference, a Polish Wiki page, that gave a distance. They gave a distance of 4700 light-years. But when I checked the footnote for the distance that took me to a SEDS page on the cluster that never gave a distance! WEBDA, my usual go-to source for open clusters, had nothing on it but a position. But several of the stars were bright enough that parallax data from Hipparcos was available from The Sky\'s database. That gave distances to 4 apparent cluster members, two about 200 light-years and two of about 2000 light-years. These were the 4 most \"obvious\" cluster members. If right it would indicate this is not an open cluster at all but an asterism. So I went to the papers listed at SIMBAD. The first is for a galaxy NGC 7217! Yikes, the wrong object entirely. But I have taken this galaxy! The other references at least applied to open clusters.

The cluster/object looks to be in two parts one to the northwest and the other to the southeast. But this is seeing it projected in 2D. The 3D view may be quite different.

The cluster/object was discovered by John Herschel on September 25, 1829. 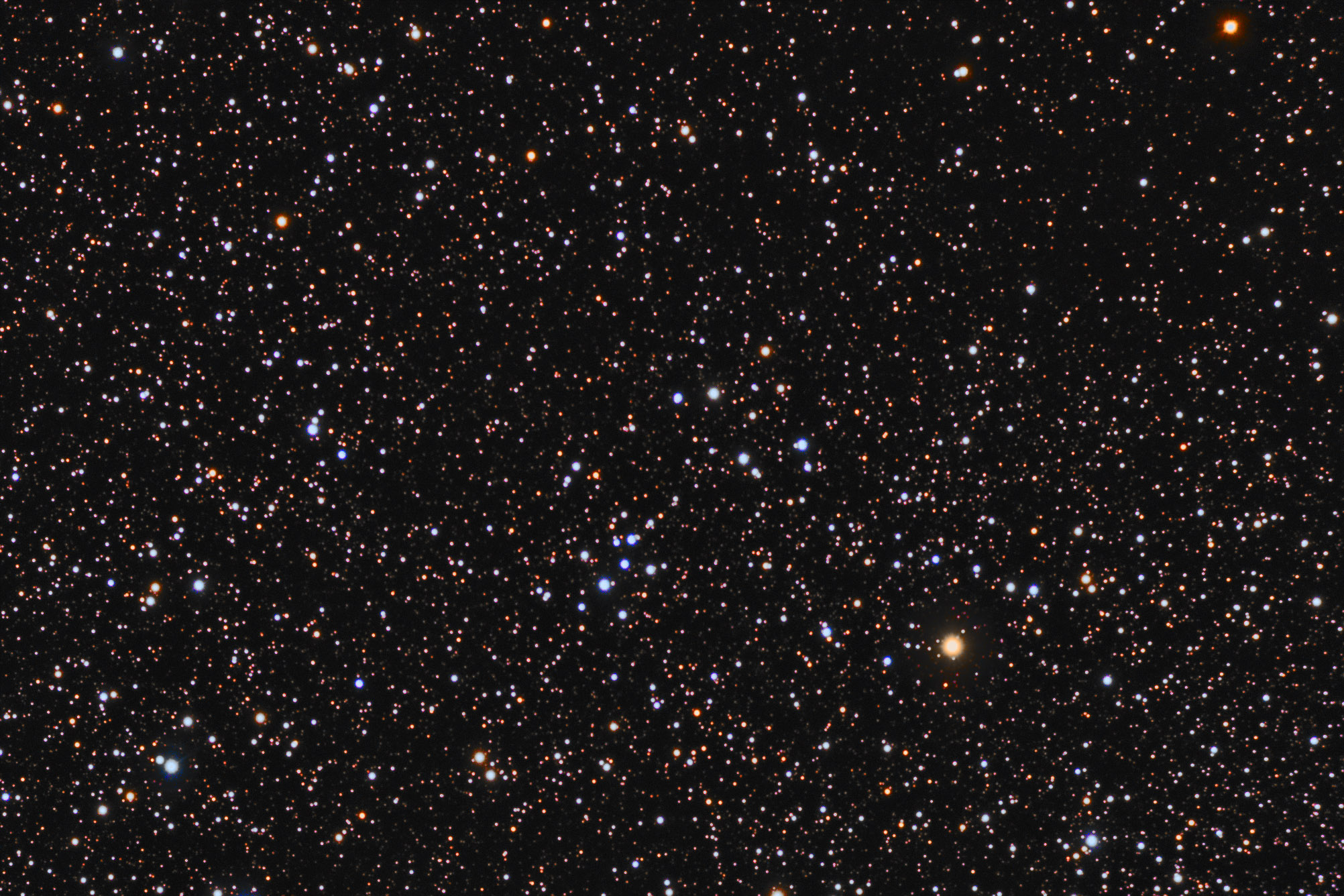