NGC 7139 is a planetary nebula in Cepheus, about 4000 light years away. Keep in mind that the distances to such nebula are quite uncertain. There are several different methods of estimating the distance to planetary nebulae and they rarely agree. It was discovered by William Herschel on November 5, 1787. It is in the second H400 program.

This planetary is a red ring around a blue center. In this case, we find the red light is from NII, singly ionized nitrogen (unionized nitrogen is NI). This glows with almost the same red color as HII (there is only about a 3 angstrom difference for those who are interested). So most HII filters, including mine, pass both making it hard to tell if you are seeing HII or NII. In many cases of planetary nebulae, it is NII that gives the red color. This is true of some very major planetary nebula like M27 as well. In this case the central star is rather old and has cooled to white-hot status and isn\'t all that blue in color. This lowers the amount of ultraviolet radiation. Close to the star, there is enough to cause OIII to glow with its characteristic blue color but that fades as you reach the outer parts of the nebula and there is no longer enough to cause oxygen to be doubly ionized. Nor is there enough to singly ionize Nitrogen without help. It turns out the star, when alive, had a strong solar wind that blew a hole in the interstellar medium. This is quite common, our sun is doing the same but to a lesser extent. That will change as our sun ages and its solar wind gets stronger. When the star \"died\" and sent off its outer shell through space it expanded unhindered by the interstellar gases thanks to this bubble, but it has now run into the edge of the bubble. Gases pile up creating a shock front. Energy from this and what reaches it from the central star are enough to cause the nitrogen to singly ionize with its characteristic red color. But it isn\'t sufficient to doubly ionize oxygen so we don\'t see the blue which would normally overwhelm NII emissions so the red NII emission defines the shock front where it meets the interstellar medium. While it likely is doing this in a full bubble we only see the red along the edges of the bubble where we see the most gas due to looking through the edges of the bubble. Though there is some evidence that gas is thrown off mostly from the equator of the star so it could be we are looking at this star right down its north or south pole and this is the edge of a disk or cylinder of material the star threw off. In other words, there is a lot about these nebulae we still don\'t understand! The blue parts of the nebula look washed out blue because there is a lot of HII emission mixed in with the OIII. Not enough to turn it red but enough to wash out the blue color, especially into blobs on either side of the central star. 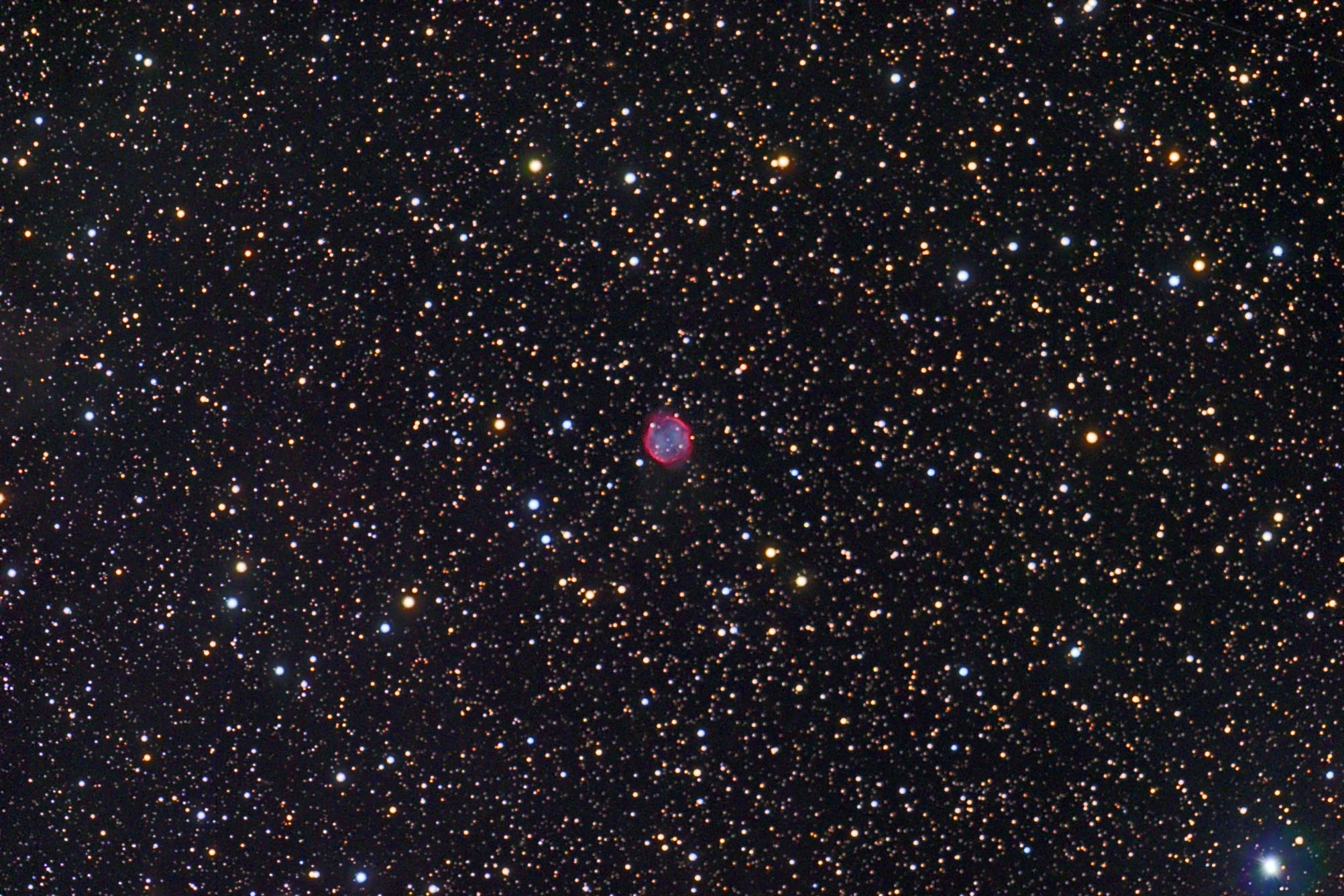 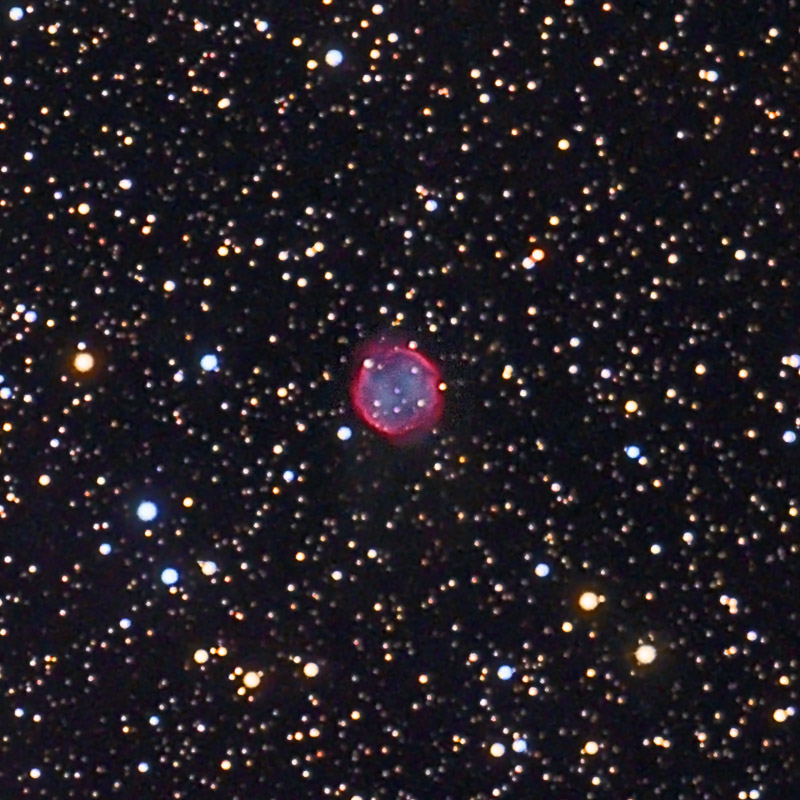