NGC 7142 is an open cluster in Cepheus that was discovered by William Herschel on October 18, 1794. It\' isn\'t in either H400 program, WEBDA puts it at a distance of 5,500 light-years. The cluster is in the original Herschel 400 Observing Program. My entry from June 14, 1985, with my trusty Cave 10\" f/5 under humidity cloaked skies at 60x reads: \"Large, highly elongated cluster of mostly very faint stars. Over 50 stars seen though all but a dozen seem too faint for a 6\" telescope, at least under my humid skies. I ran right over this faint cluster the first time I looked for it. It must be very difficult in a 6\" telescope.\" Odd but I had a 6\" f/4 at hand but never used it on the cluster, only surmised what I\'d see in it. Can\'t find I ever looked for it in either of my 6\" scopes (f/4 or f/12). WEBDA puts the age of the cluster at 1.9 million years with 0.4 magnitudes of reddening from galactic dust.

I found this one on the hard drive and can\'t find I ever ran it before. Probably because it is one of the first color images I took digitally taken using a beginner\'s poor technique. The result isn\'t very good even with a lot of reprocessing to try and save it. Another for the reshoot list as it is very photon starved with only 25 rather than my usual 40 to 50 minutes of luminance data using 5 minute rather than 10 minute subs increasing decreasing the signal to noise ratio due to read noise not being swamped by photon noise. 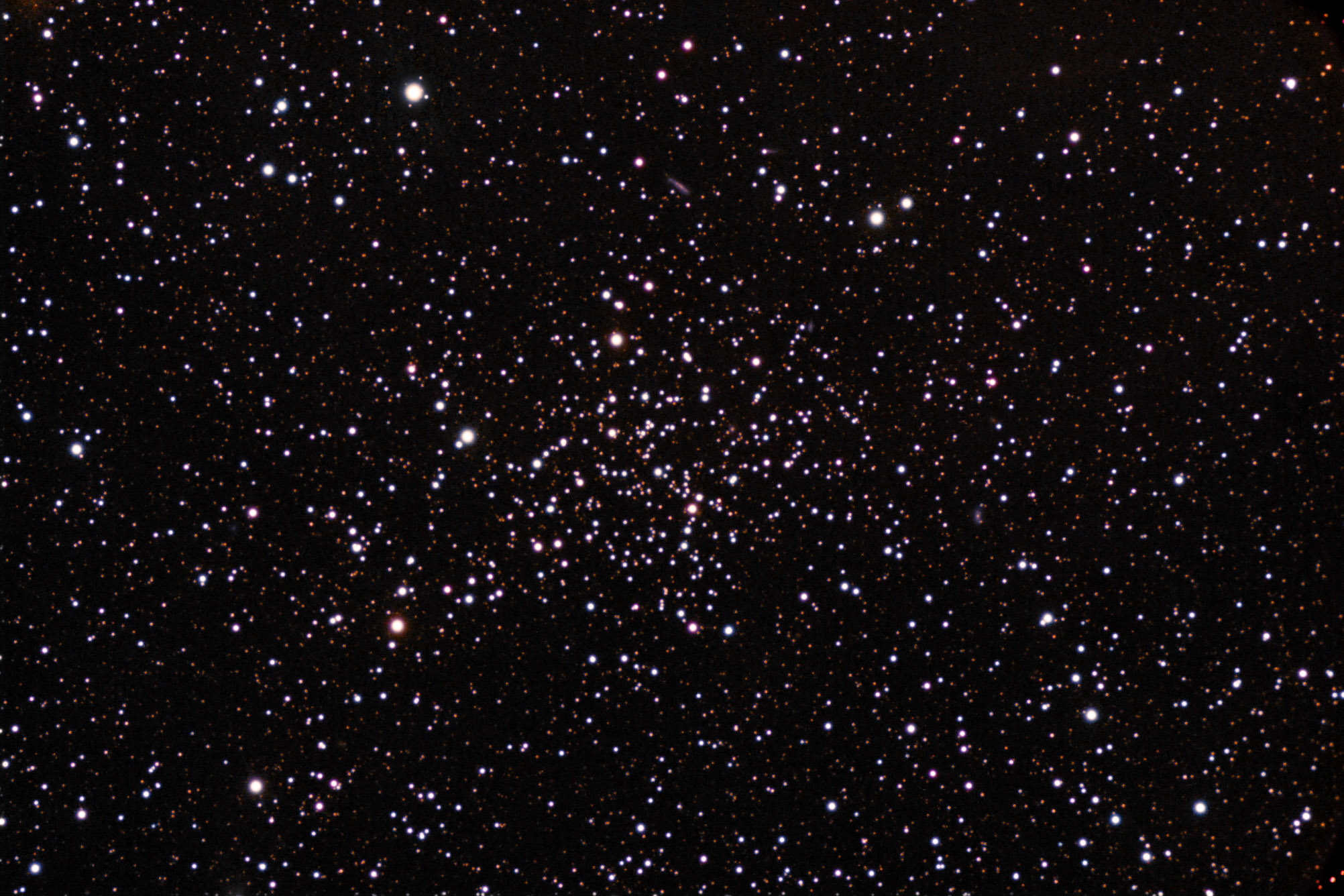