NGC 7193 is considered by some to be an asterism, others such as SIMBAD say it is an open cluster. But the only paper on it that I found says it is an OCR. That doesn\'t stand for Optical Character Recognition as my brain first thought. In this case, it stands for Open Cluster Remnant. After lots of deep reading the paper says; \"We conclude that NGC 7193 is a 2.5 Gyr OCR composed by 15 confirmed members and 19 probable members and located at about 500 pc away from the Sun.\" It can be found at https://arxiv.org/abs/1610.00972

The age likely explains the lack of blue stars though it appears still somewhat too red. Located under the neck of Pegasus I\'d not expect it to be dust reddened. I found only one color image of it and that agrees to my color. The group was discovered by John Herschel on October 2, 1825.

There\'s one galaxy in the image, IC 5160, an SB0 galaxy at just under 400 million light-years. It was discovered by Stephane Javelle on October 15, 1903. It too seems rather red so maybe there is some dust reddening this field. Though it may just be a red and dead galaxy. 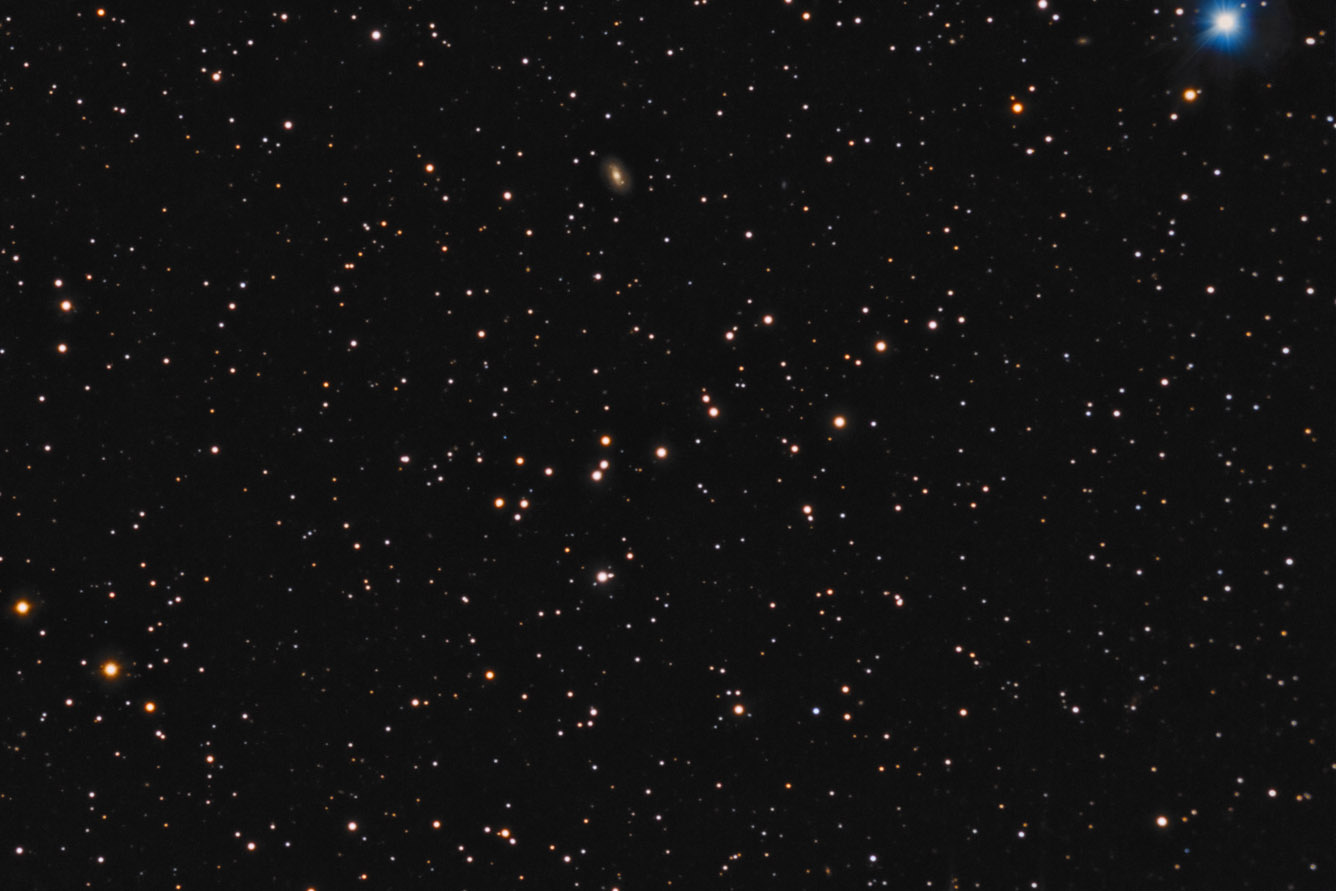 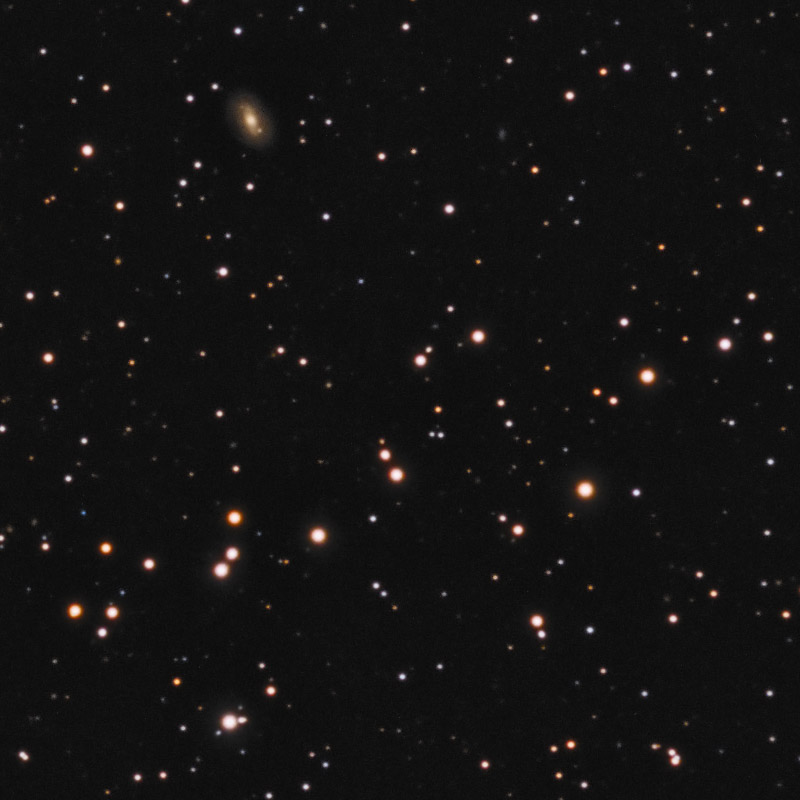