NGC 7217 is a very strange galaxy in Pegasus. It has a huge core of old stars that show filaments of star clouds resembling arms. These grow faint then suddenly turn blue indicating the stars making up this outside area are all young hot stars. The filaments of spiral-like structure can be followed up to about 10 seconds of the very core of the galaxy. They cross this fainter region and keep going. This is a very strange structure. The outer blue region has caused the galaxy to be classified as a ring galaxy which is generally conceded to be wrong. It\'s just an illusion caused by the faint region between the old and young star regions. Why it has this construction isn\'t well known. The galaxy has an active nucleus and is a LINER class galaxy. I couldn\'t find a good distance estimate for it. Redshift indicates it is very near at about 30 million light years but at that distance redshift can be highly misleading. Still, it appears to be in the ballpark at least. This is one case when the Kitt Peak image of this galaxy isn\'t much better than mine. Sometimes their seeing isn\'t much better than mine here -- but that\'s rare. Note they show a distance of about 40 million light years but don\'t state where they get that figure.
http://www.noao.edu/outreach/aop/observers/n7217.html

NGC 7217 was discovered by William Herschel on September 7, 1784 and is in the original Herschel 400 observing program. My entry with my 10\" F/5 on July 10, 1985 under average conditions using 60x to 180x reads: \"Nearly round galaxy, gradually brighter toward the core. Bright nucleus is seen only with averted vision. Beauty is best seen at 60x where it seems to sit in a beautiful rich star field. It must be greatly dimmed by dust in the Milky Way.\" I\'m not sure that last comment is correct as I don\'t see that in my image. Seligman classifies it as Sb? while NED says (R)SA(r)ab;Sy LINER and the NGC project says simply Sb. 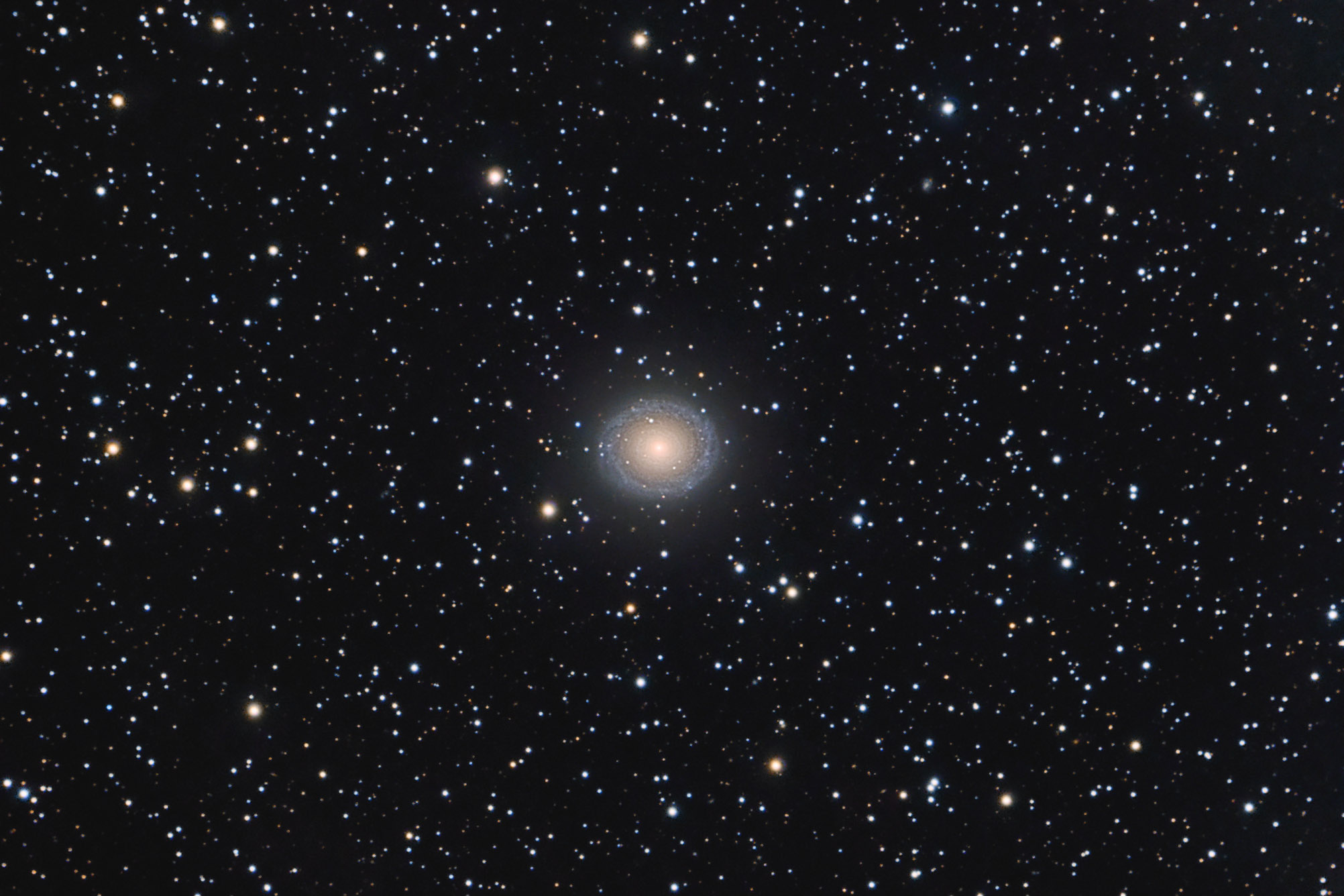