NGC 7223 is a face on barred spiral in Lacerta about 200 million light-years away. It is part of a group of 18 galaxies known as the LDCE 1503 group. It would seem to qualify for Arp\'s Atlas of Peculiar Galaxies in two categories. It is a three-arm spiral and a better example of this than some in his atlas. It also has a nearby companion he likely would consider as a high surface brightness companion on an arm. The \"companion\" is Holm 788B. NGC 7223 is also Holm 788A. I found no distance estimates for Holm 788B so it is unknown if it is a true companion. To me, it appears to be more distant but then all galaxies in the image that have distance data are part of the group and thus at about the same distance as NGC 7223. It would be the lone exception. NGC 7223 is classed by NED as SB(rs)bc. The NGC project using a different classification system says SBc. It was discovered by John Herschel on September 6, 1834.

CGCG 530-014 has two blue objects just below it. They don\'t appear to be stars. I can\'t tell if they are part of the galaxy or a background galaxy or galaxies.

The field being located near the Milky Was hasn\'t yet had its Sloan data entered in the NED database. This greatly limited the galaxies with any data. All listed in NED are labeled in the annotated image by name, even those without distance data. 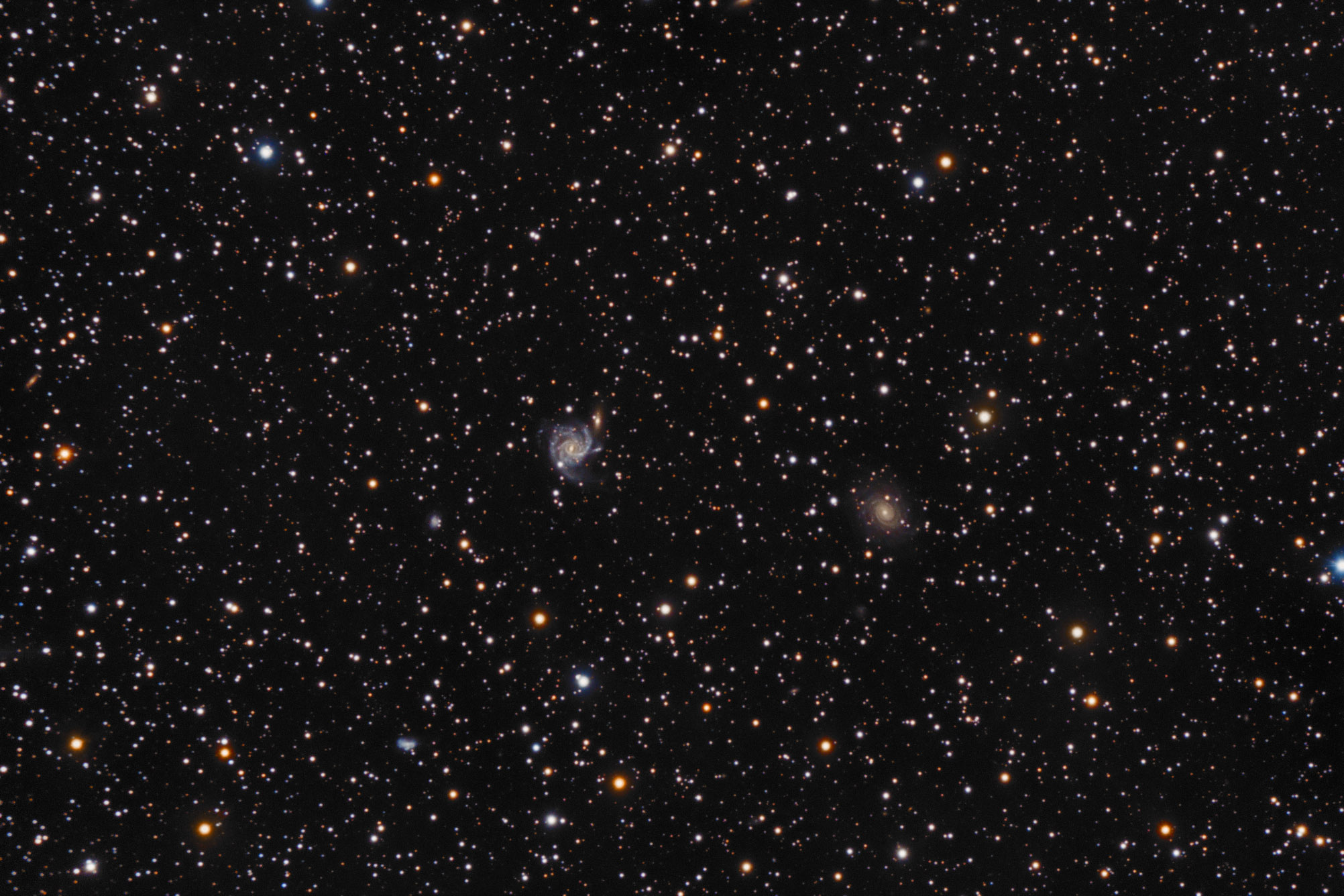 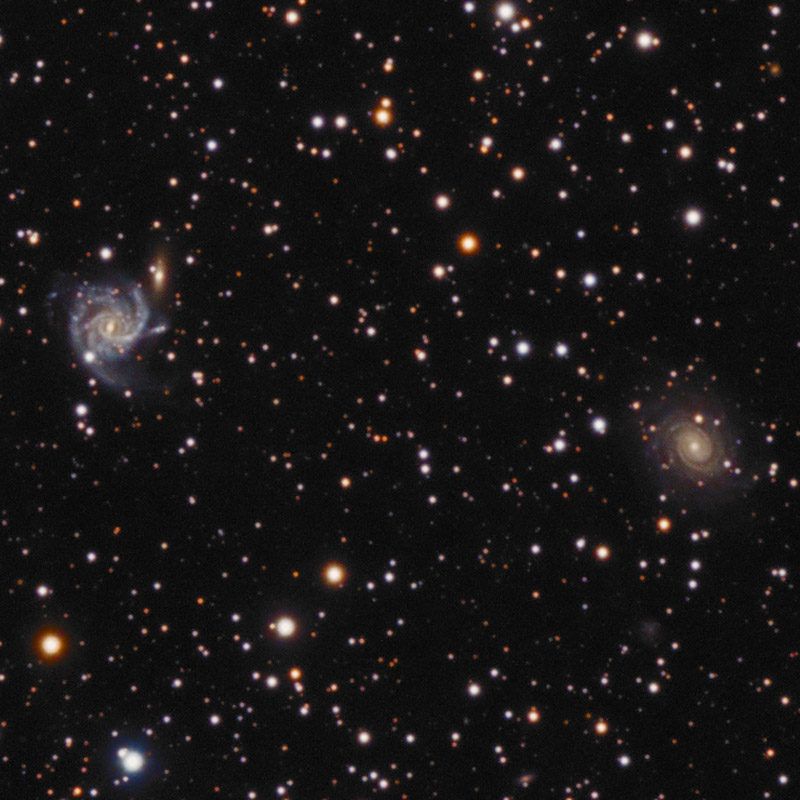 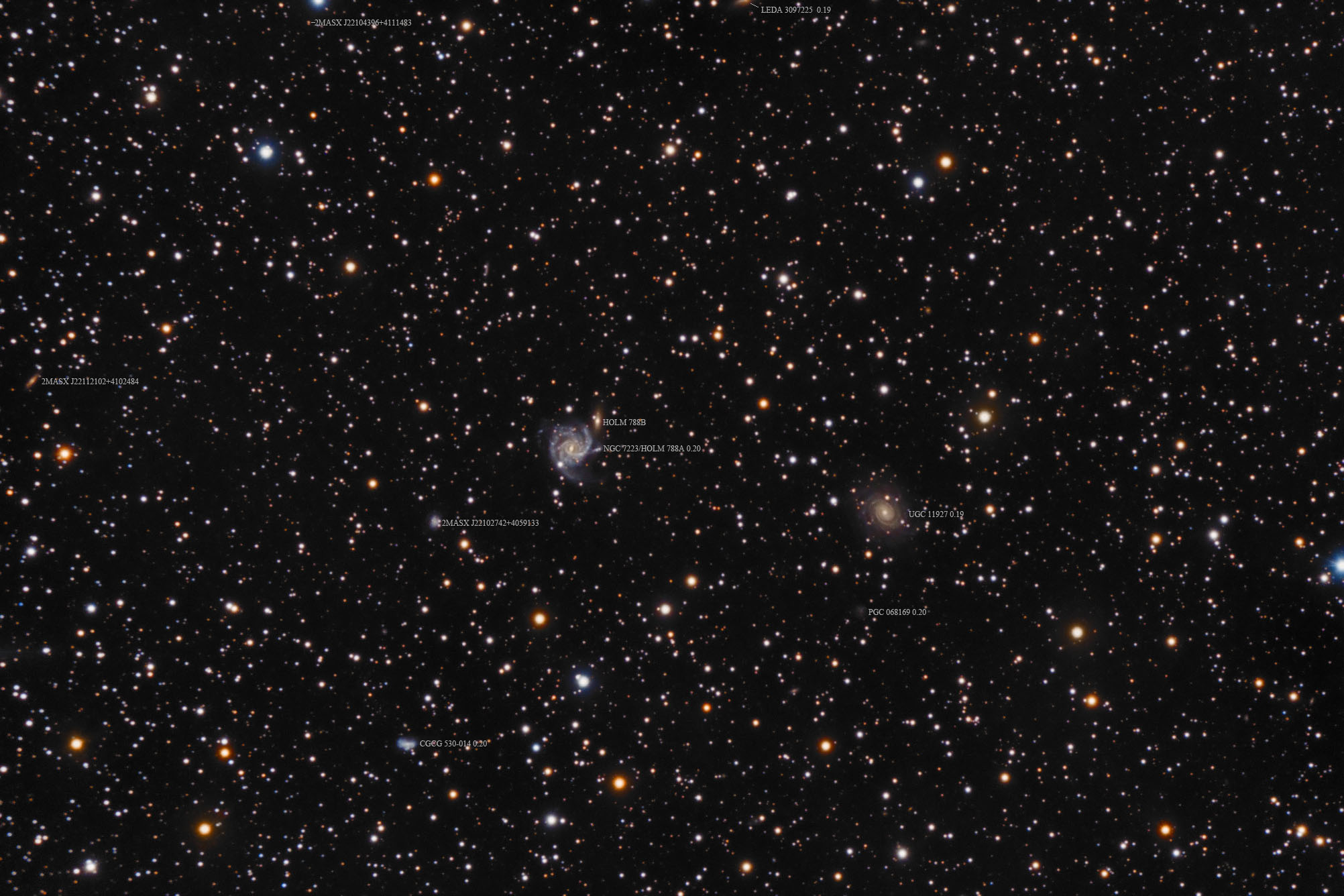