II Zw 174/NGC 7241 is a very strange edge on galaxy in Pegasus about 50 million light-years from us by redshift. The CGPG says of it: \"Edge-on spiral, tremendous absorption lane and various large blue compact patches.\" I\'d say that sums it up rather well. It has little central bulge so is rather flat. Not flat enough to make the Flat Galaxy Catalog but it is in the 2MASS version of IR strong flat galaxies (2MFGC 16794). Their flatness requirements are not as strict. The core is very strange with those blue blobs (star clusters I assume) floating around. They remind me of a neighbor who keeps seeing dust \"orbs\" in her flash photos and thinks they are ghosts of her deceased husband, a daughter and her pet dogs and cats. She\'s known around here as \"The crazy lady down the way.\" She actually hires a medium to \"communicate\" with them. NGC 7241 was discovered by Édouard Stephan on September 3, 1872.

It\'s companion UGC 11964 is a featureless flat galaxy that did make the FGC as entry 2379. It too is about 50 million light-years away by redshift so a true companion. While I\'d like to blame the oddities of II Zw 174 on interaction with it, it is so featureless I can\'t see that there\'s ever been any interaction. More likely the odd appearance of II Zw 174 is due to some hapless companion that strayed too close and is still being \"digested\" by the galaxy. However a very old paper, 1984 http://cdsads.u-strasbg.fr/cgi-bin/nph-bib_query?1984BAAS...16..961G&db_key=AST&nosetcookie=1 says VLA data indicates there\'s a hidden companion behind II Zw 174. At that time the idea of galaxies feeding on each other wasn\'t well accepted. I couldn\'t find anything newer on it however.

NED classes II Zw 174 as SB(s)bc? pec. The NGC project agrees saying SBbc/P using its system. It is also in the Kiso Ultra violet excess Catalog (KUG 2213+189B). This would support a tremendous amount of star formation going on in the galaxy. UGC 11964 is listed by NED as simply Sd though some other sources say Sc. Considering how featureless it is (at least visually) I can understand the differences.

NED has no redshift data on any other galaxy in my image and only lists 13 others (all from the 2MASS) in the field though I see several hundred anonymous galaxies.

I see faint hints of scattered stars well outside the galaxy, especially to the southeast. I\'d planned on taking a lot more data, and in fact, did take over twice what I used. Unfortunately, I didn\'t give up until long after I should have so ended up throwing out a lot. Thus I wasn\'t able to show but a hint of what I think should be seen to the southeast. 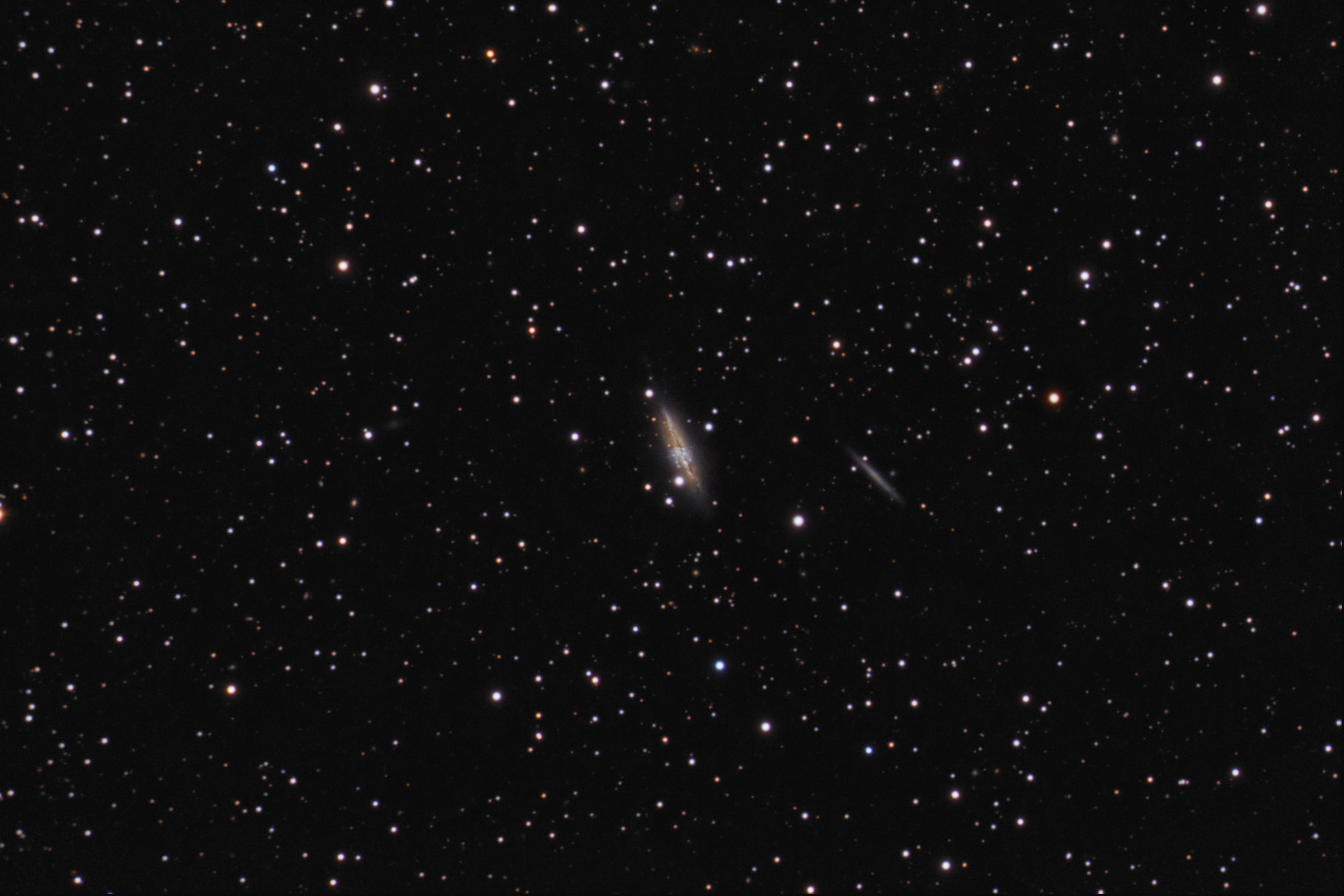 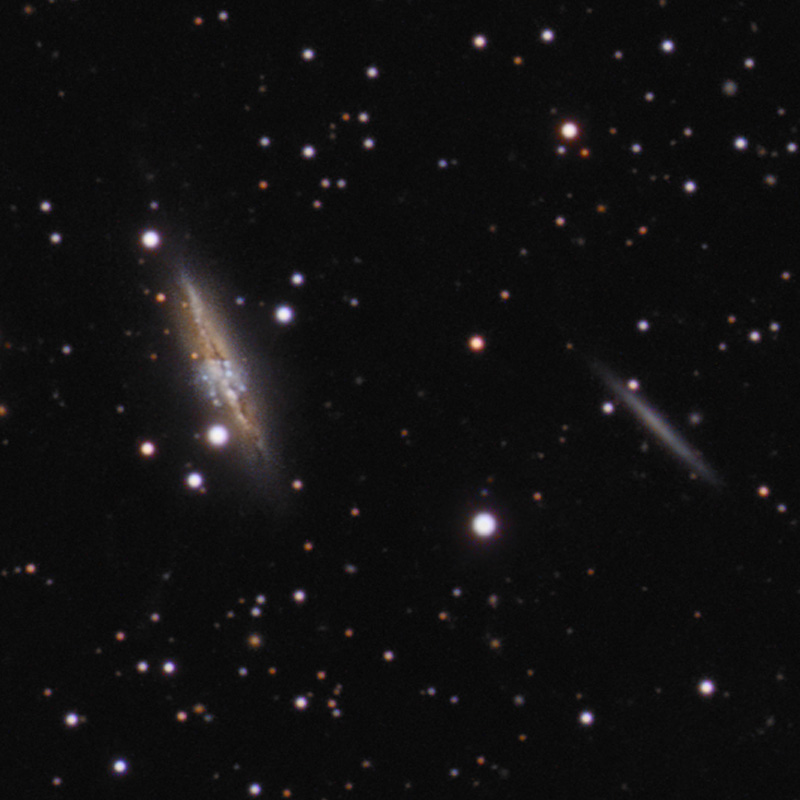