NGC 7261 is an open cluster in southern Cepheus located about 5500 light-years away according to WEBDA. They place its age at only 47 million years making it a rather young open cluster. So why are the stars only sort of blue? A cluster that young should be full of very blue stars. The reason is it is reddened by nearly a full magnitude by dust in our galaxy that lies between us and the cluster. The cluster is ill-defined, especially at my image scale. I reduced the scale to 1.5\" per pixel and it is still rather hard to define. The pros seem to have a problem as well as I found 5\', 6\', 8\' and 10 to 15 minutes for its size. NGC project classifies it as Trumpler class II3m while Seligman says III1p. It was discovered by John Herschel on October 5, 1829.

Professor Harold Corwin says of it: \"JH\'s cluster is probably the scattered group of pretty bright stars, stretching nearly north-south across an area 15\' by 10\', about 20 seconds preceding his position for the bright star on its following edge. There is a smaller core (7\' by 5\') of generally fainter stars about five arcminutes north-northeast of the center of the larger group. Is this perhaps a background cluster?\"

While the cluster is hard to make out at my image scale it does stand out in very wide field images such as Jim Thommes\' image of it and nearby Sharpless 135 that can be found at: http://www.jthommes.com/Astro/Sh2-135.htm .

With no galaxies or asteroids I wasn\'t going to prepare an annotated image then I found the field contains a rather interesting star-like planetary nebula PN G104+01.0 north of the cluster. I had to label it to allow it to be found. It has a lot of references at SIMBAD, most just catalog entries but some refer to it as containing a large amount of hot dust. That would likely explain its odd color that\'s very different from what you\'d expect a planetary nebula to be. I did find a 1992 paper giving its distance as 10,500 light-years and its diameter as 0.04 light-years. This would indicate it is a very young planetary and explains its star-like appearance. Only the HST can resolve it. I\'ve included an OIII filtered image of it by the HST. The bright stars in the HST image are seen in my image just that most are larger than the planetary in my image while the resolution of the HST makes them much smaller. The nebula itself is overexposed. I didn\'t try to process the original FITS data. Those interested can find it at the HST Legacy Archive website. The 1992 paper can be found at: http://cdsads.u-strasbg.fr/cgi-bin/nph-bib_query?1992A%26AS...94..399C&db_key=AST&nosetcookie=1

My image contains a very blue star. Often these are listed at SIMBAD a white dwarf stars or turn out to be quasars. Unfortunately, I could find nothing about this blue star. I\'ve noted it in the annotated image along with the planetary nebula. 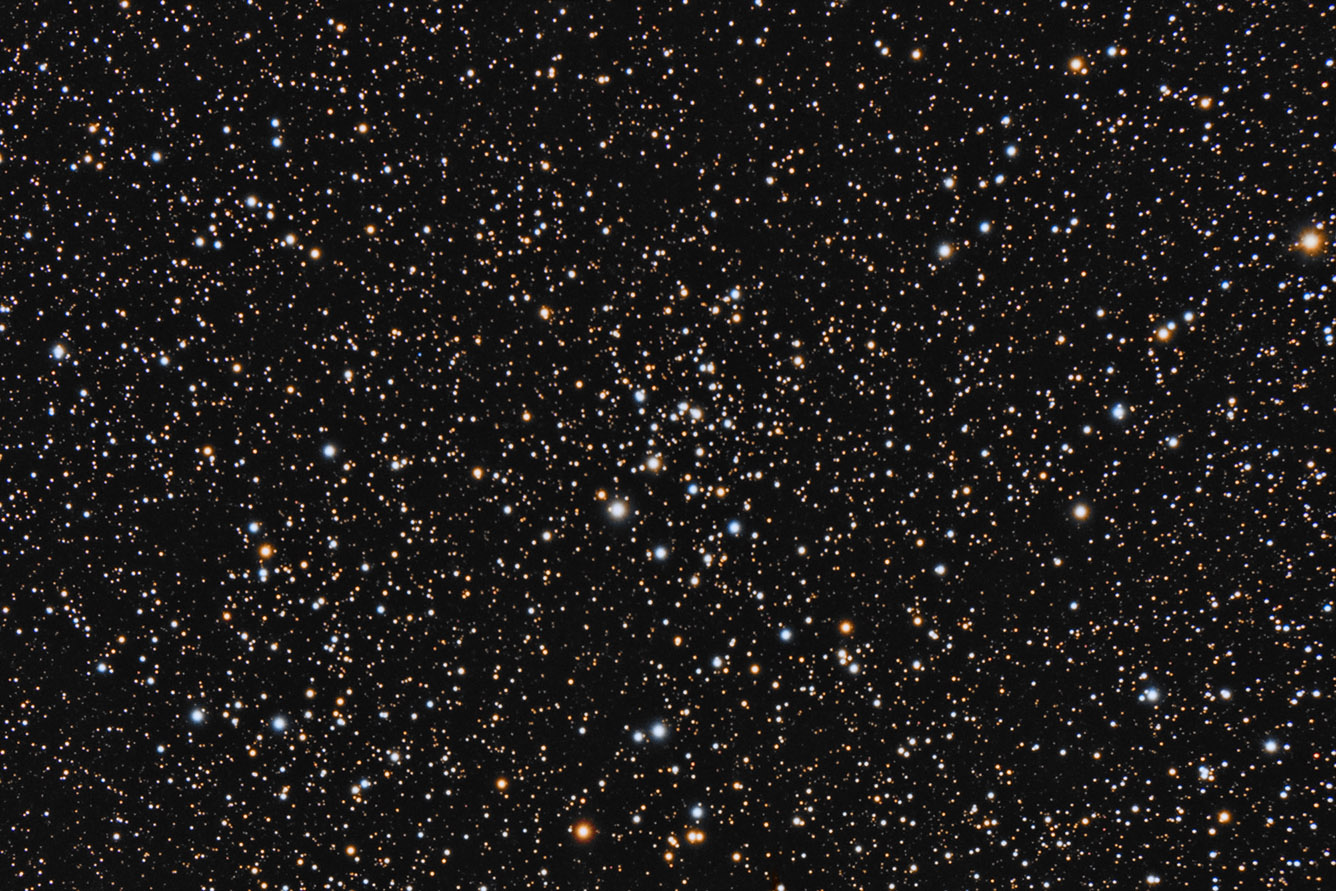 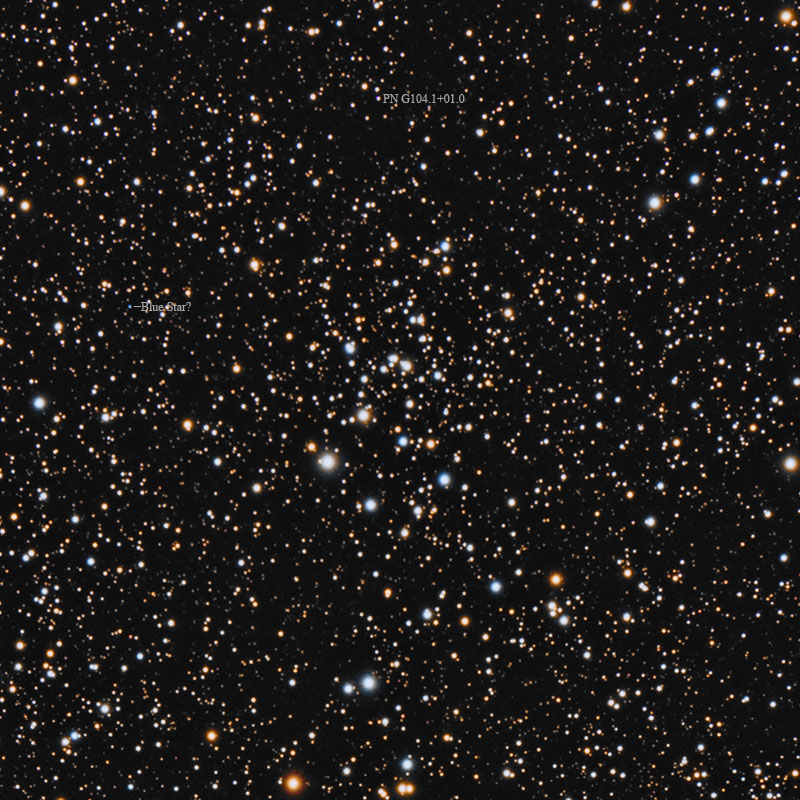