Only a handful of galaxies in the Abell 2454 galaxy cluster had redshift data. All had only coordinate based names which I omitted as anyone can plate solve my image and get their coordinates if need be. All but one in the very lower right corner appear to be members of the Abell cluster. Are all those without distance data also members of the cluster? Abell didn\'t so much worry about distance. He assumed that those within a couple magnitudes of the third brightest galaxy he saw as a cluster were members. NED lists it as being some 20 minutes of arc across. With the center being toward the top of my 22 minute high frame I assume I caught all at the south end of the cluster but am missing many north of my image. In fact, NED lists several members out of my frame to the north. It is listed as morphology class III meaning it has no central galaxy or galaxies which is obvious with nothing around its core position which is just left of the label in my annotated image. It is a class II cluster. By Abell\'s system that means it contains 50 to 79 members that meet the brightness limits mentioned above. 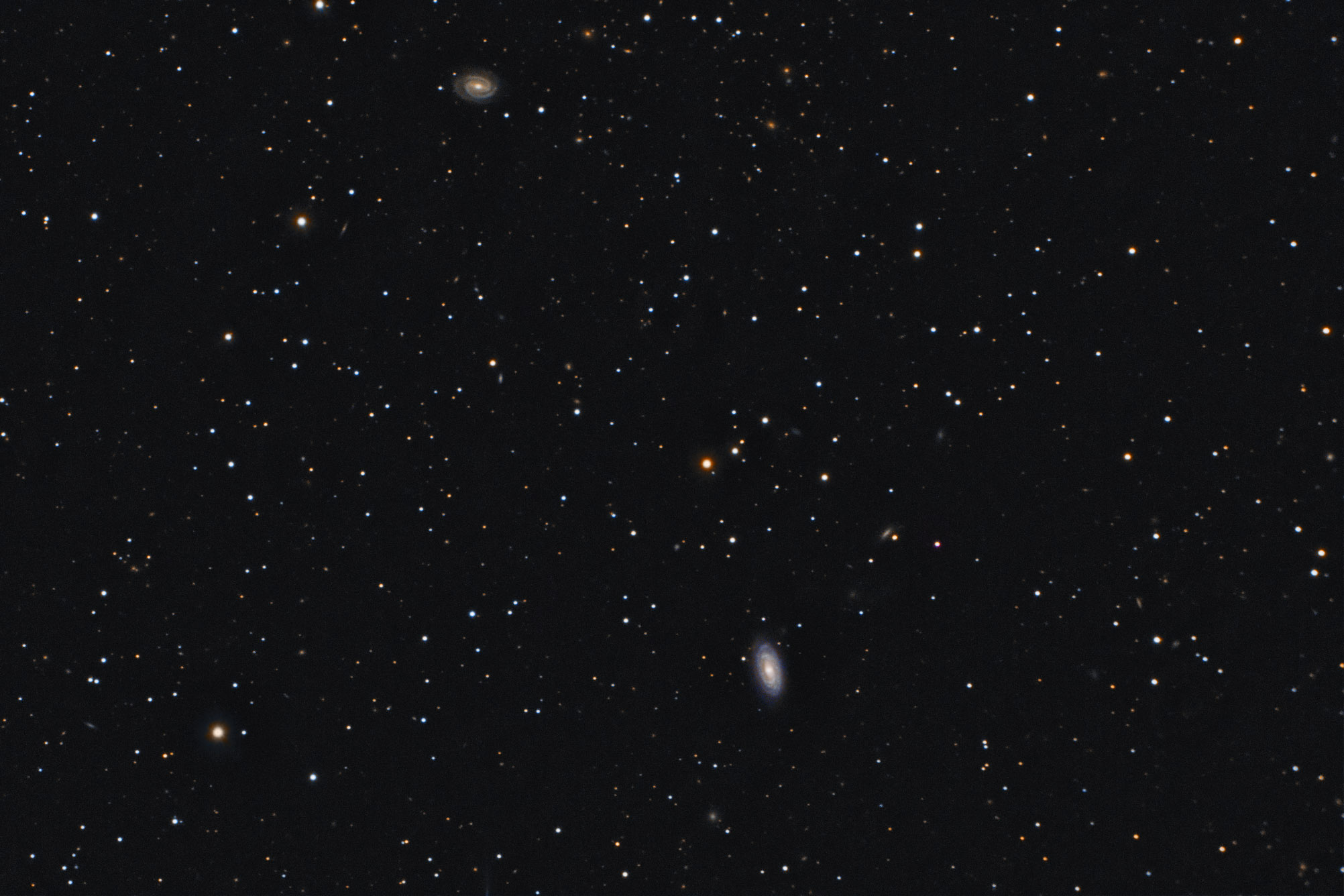 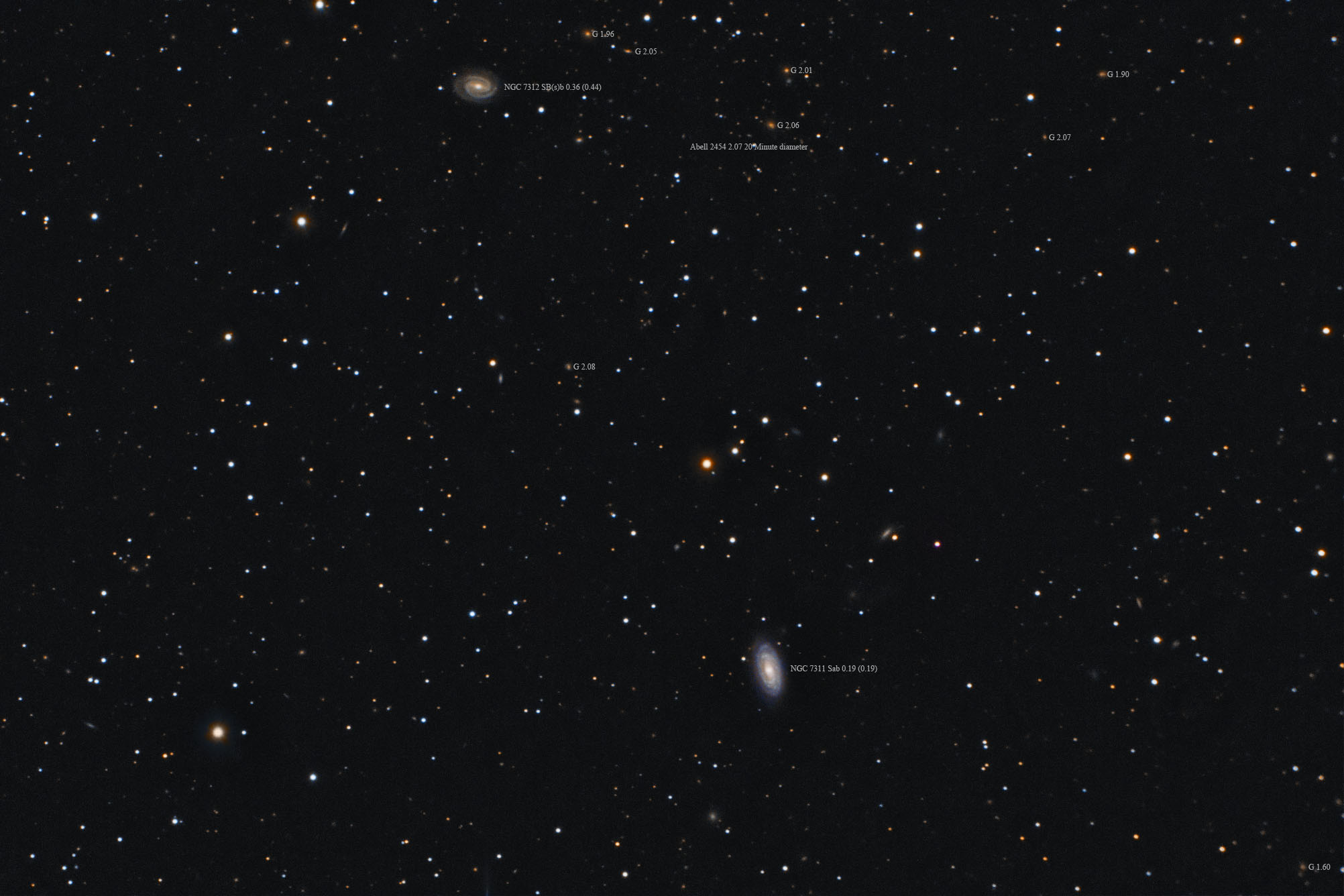