NGC 7321 is a barred spiral in which the two arms that come off the bar appear to form a bright ring. Look closely and you can see the ring ends are slightly further from the core when the meet the start of the ring from the other bar. Often there\'s little beyond a ring of this type but that\'s not true with this galaxy. There are arms well beyond the ring. They may come off the inner ring though some sources say they don\'t. I\'m leaning toward the idea they don\'t come from the ring but you be the judge. The galaxy was discovered by William Herschel on November 17, 1784. It isn\'t in either of the first two Herschel 400 programs.

NED has issues with this field. When I searched for galaxies with redshift data in the image it returned only NGC 7321 and nothing else. I then asked for anything with a redshift value in the image and it came up with many. I\'ve never seen a glitch like this but sometimes when it returns nothing but the galaxy I\'m imaging I rarely look further. Why I did this time I don\'t know. The galaxies it did list once I removed the search rules are all very distant. None had a magnitude, all have verified spectroscopic redshift values, the \"s\" in the annotation. Most were 5 billion light-years distant or more. One listed as a galaxy appears to really be a quasar. I\'ve annotated it as G? as I doubt I could see any galaxy at over 10 billion light-years. Also, it appears to be a point source in my image without any hint of galactic \"fuzz\". It is southwest of NGC 7321. To the northwest of NGC 7321 is another object at about 11 billion light-years. NED identifies it one place as a quasar and another as an ultraviolet source. Quasars are often bright in ultraviolet light but the UvS designation would indicate there\'s some question about it. There are several rather bright galaxies in the field that may be related to NGC 7321 but none had redshift data. Some of the fainter ones aren\'t listed in NED at all much to my surprise when it covers far fainter ones. The few I could identify are included but without redshift data as that wasn\'t available. 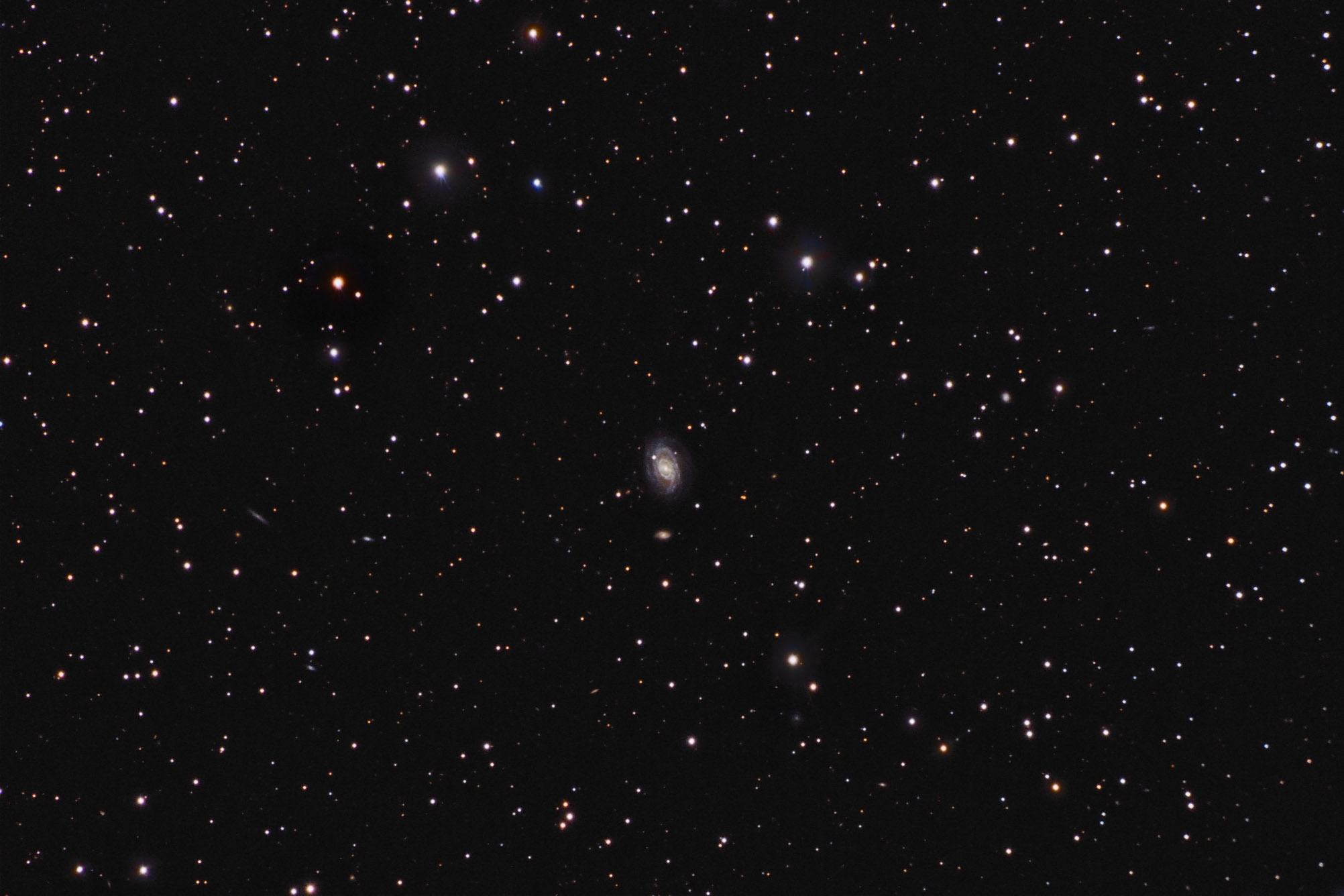 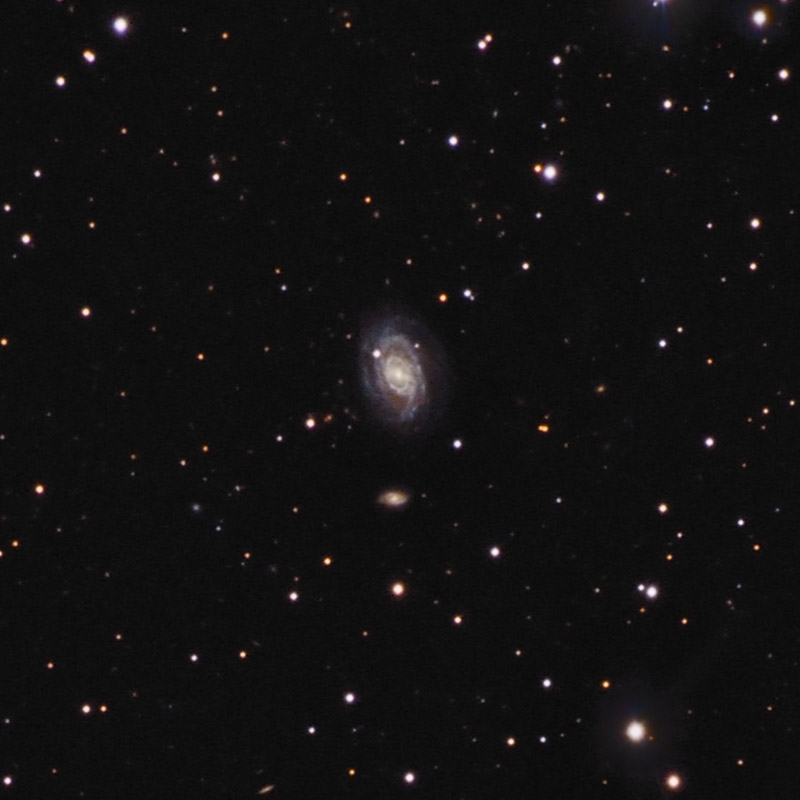 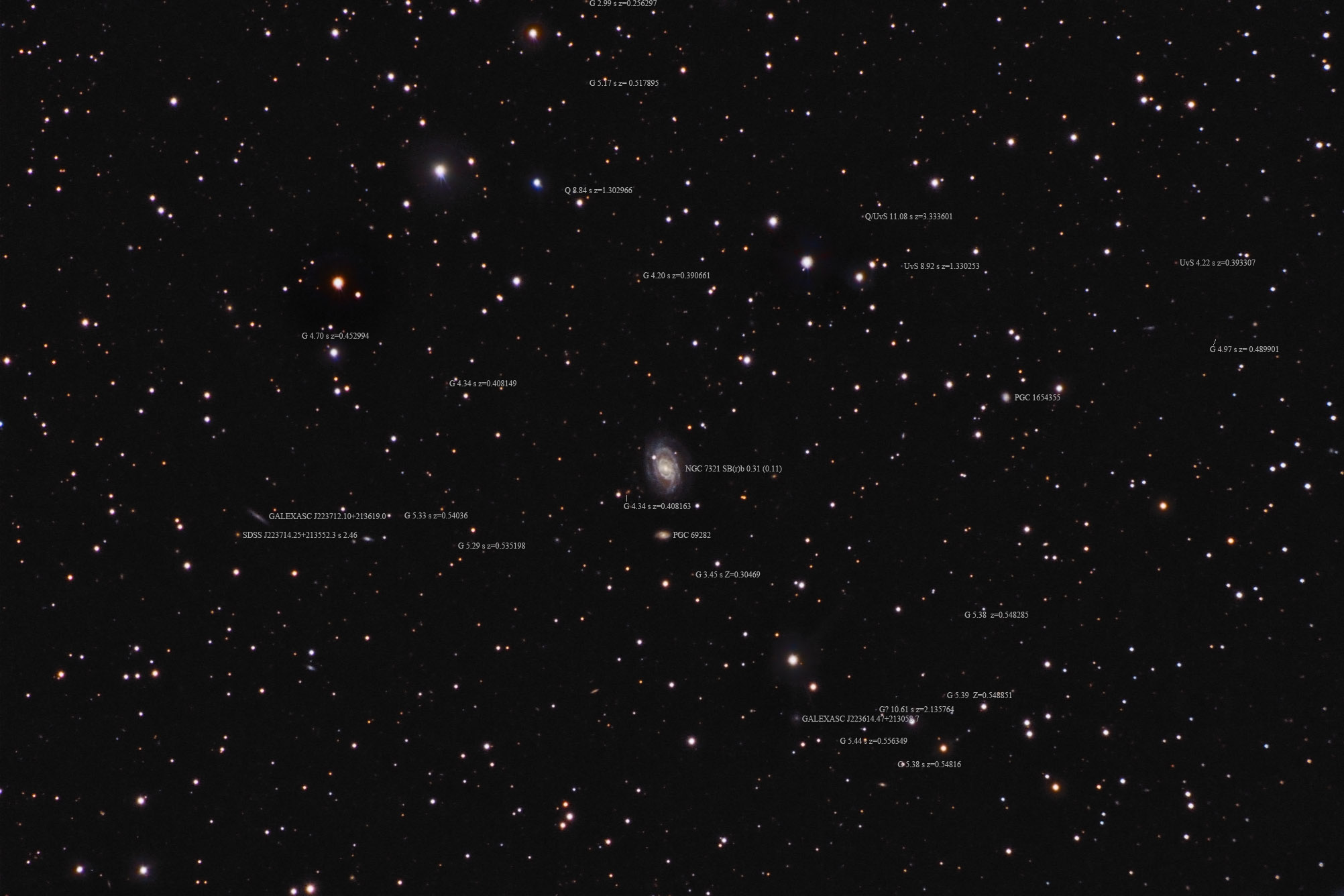