The Deer Lick Group is anchored by NGC 7331. Normally I show my shots with north up. The disk of the main galaxy NGC 7331 is strongly warped. Seen with north up this warp wasn\'t as obvious as it is rotated with east up. Our minds prefer to see spiral galaxies flat like a plate rather than on end. So I gave in and rotated it. The main galaxy is NGC 7331. But there\'s no end of confusion to the NGC objects around this guy. Some sources consider NGC 7325 and 7326 as two double stars below (west) of NGC 7331 and NGC 7327 the elliptical galaxy straight below the right edge of NGC 7331. It is almost hidden by a bright star below it. Other sources consider this to be NGC 7325 with NGC 7326 being the spiral down and to the right of it. But then these sources consider 7327 to be the same object as 7325! There are yet other ways of assigning these three NGC numbers. Now that\'s confusing. And you thought astronomers had all this figured out.

The flare at the lower right is due to a bright star just out of the field of view.

Edit: This is one of my first images. Either the night was really bad or I didn\'t get it in focus -- or both. It is in dire need of being retaken. I added an annotated version that just lists the galaxies mentioned in the above text and not the many others in the image. 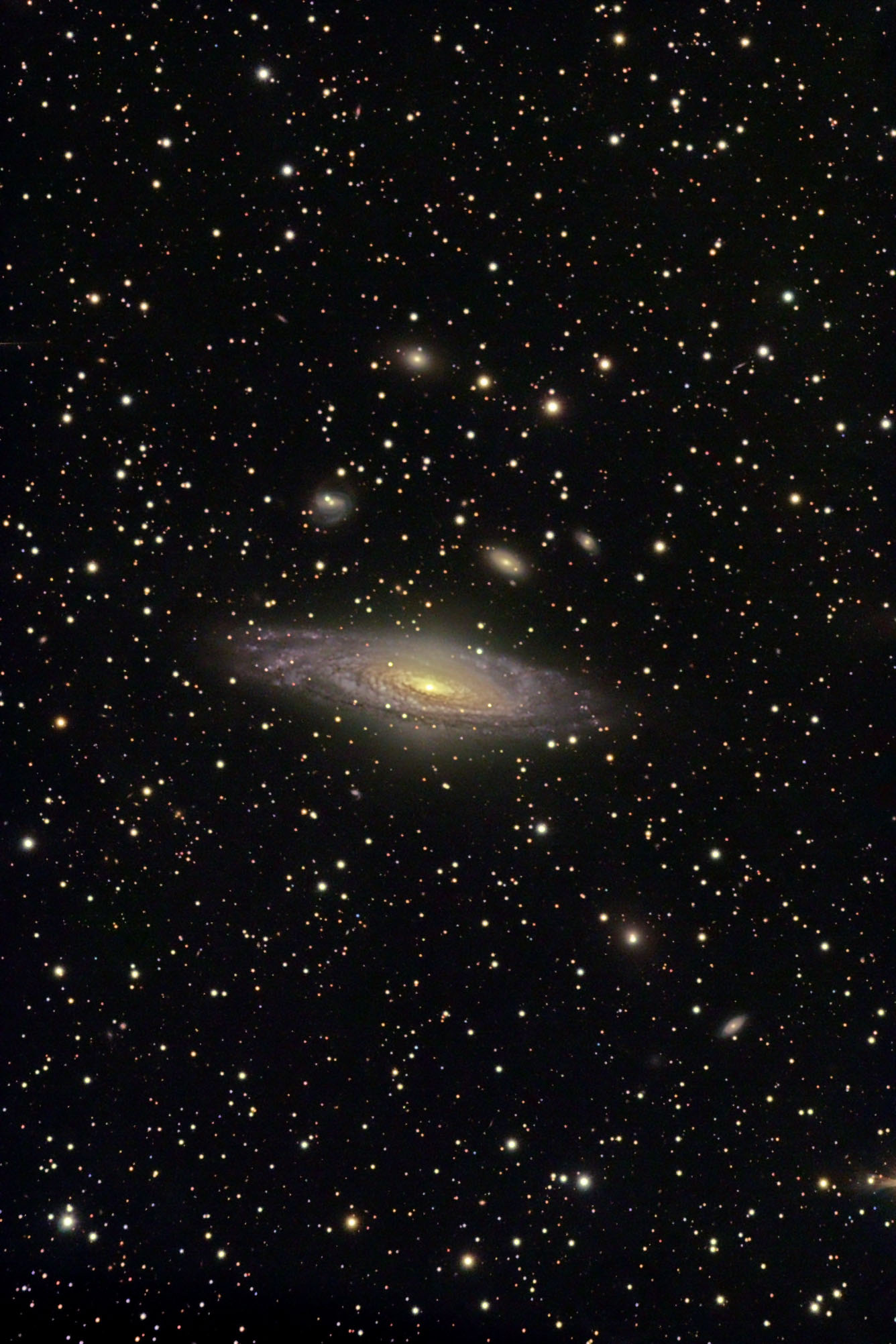 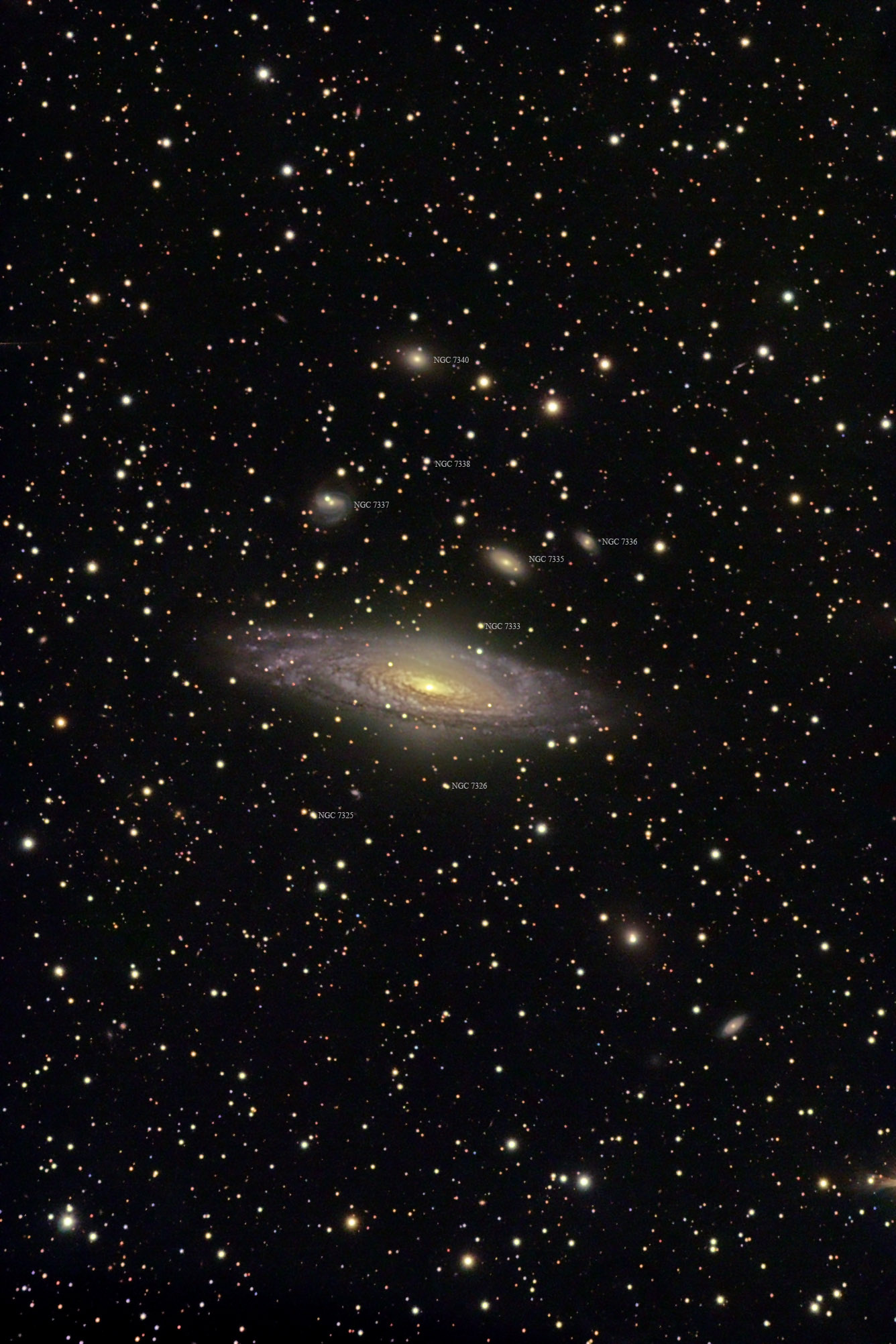