Just across the border into Cepheus and almost into Lacerta is NGC 7380. My Tiron atlas shows it as an open cluster of stars, so do my comments from my Herschel 400 observations as do those of another amateur on this list. Neither of us mentioned the nebula on the east side of the cluster. I\'ve actually centered this shot on the nebula rather than the cluster itself. That\'s larger than my field of view and totally lost in background stars. Technically the nebula is SH2-142 and is located about 7200 light years distant give or take a few hundreds of trillions of miles.

The open cluster is credited to Caroline Herschel on August 7, 1787. But as mentioned it is in the original H400 program as William recorded it over a year later on November 1, 1788. My entry from that on June 14, 1985 on a typically humid night on the lakeshore using my 10\" f/5 at 60x reads: \"Large cluster of medium to bright stars with a V of brighter stars over it. Stars are evenly scattered across this oval cluster. I didn\'t see the \"stars fanning outward\" as described in the preliminary listing.\" I apparently saw no hint of the nebulosity in this image though that did need 90 minutes of h alpha data. The human eye is very insensitive to that red color.

Mt image made from a combination of hydrogen alpha light for the luminance image and standard RGB frames for the color data applied to the hydrogen. So you are only seeing the hydrogen in these two clouds. It also contains other gasses. The regions that show somewhat blue likely also contain doubly ionized Oxygen as well as singly ionized hydrogen for instance. 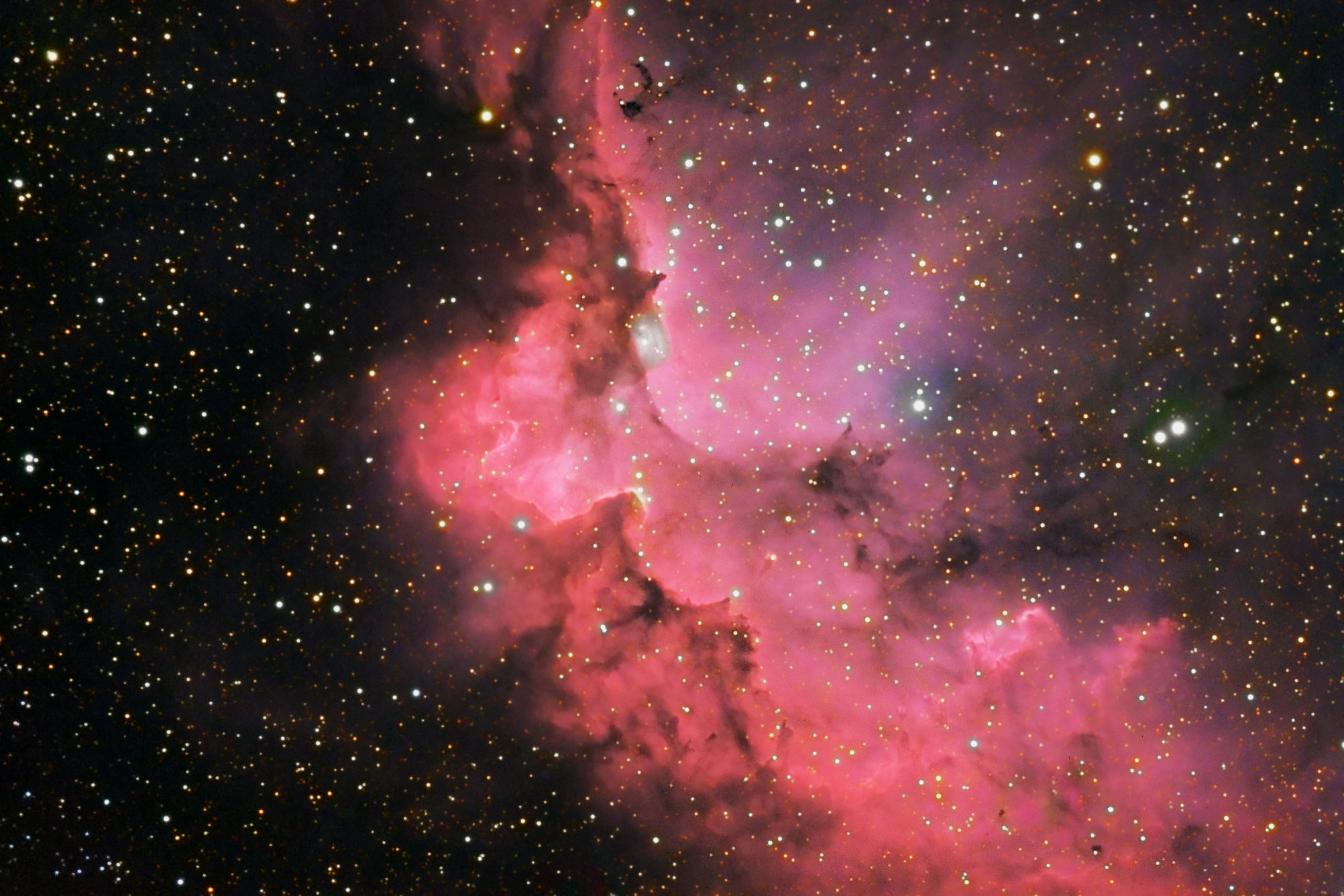