What I did find is that it was the home to SN 2003gq. It was a \"slow\" supernova. Sometimes called a failed supernova. It was a type 1A so involved a white dwarf. Some think these are due to the merger of two white dwarfs of very unequal sizes. In any case, it is long gone and not seen in my image.

I found three galaxy groups in the field that appear to consider this galaxy a group member, at least the distance is correct. NED shows no size for any of the groups, just a member count. Most appear to be out of my frame to the east and maybe north.

While I found little on this galaxy I was looking for it is a neat looking distorted spiral galaxy virtually ignored by the amateur imaging community. That will have to do.

I started taking this one but before I finished the luminance images clouds shut me down. My system apparently considered none usable and retook the entire series. When I went to process it I found they were actually quite usable after all. Why my system said otherwise I can\'t figure out. Anyway, that explains the 8 luminance subs rather than my usual 4. During the first night, an asteroid came through that can be seen in the image. Its trail shows some brightness variation from the clouds that night. That is small and greatly reduced by the stretch I used. At least it gives me something to mention since I found nothing about the galaxy I was looking for. 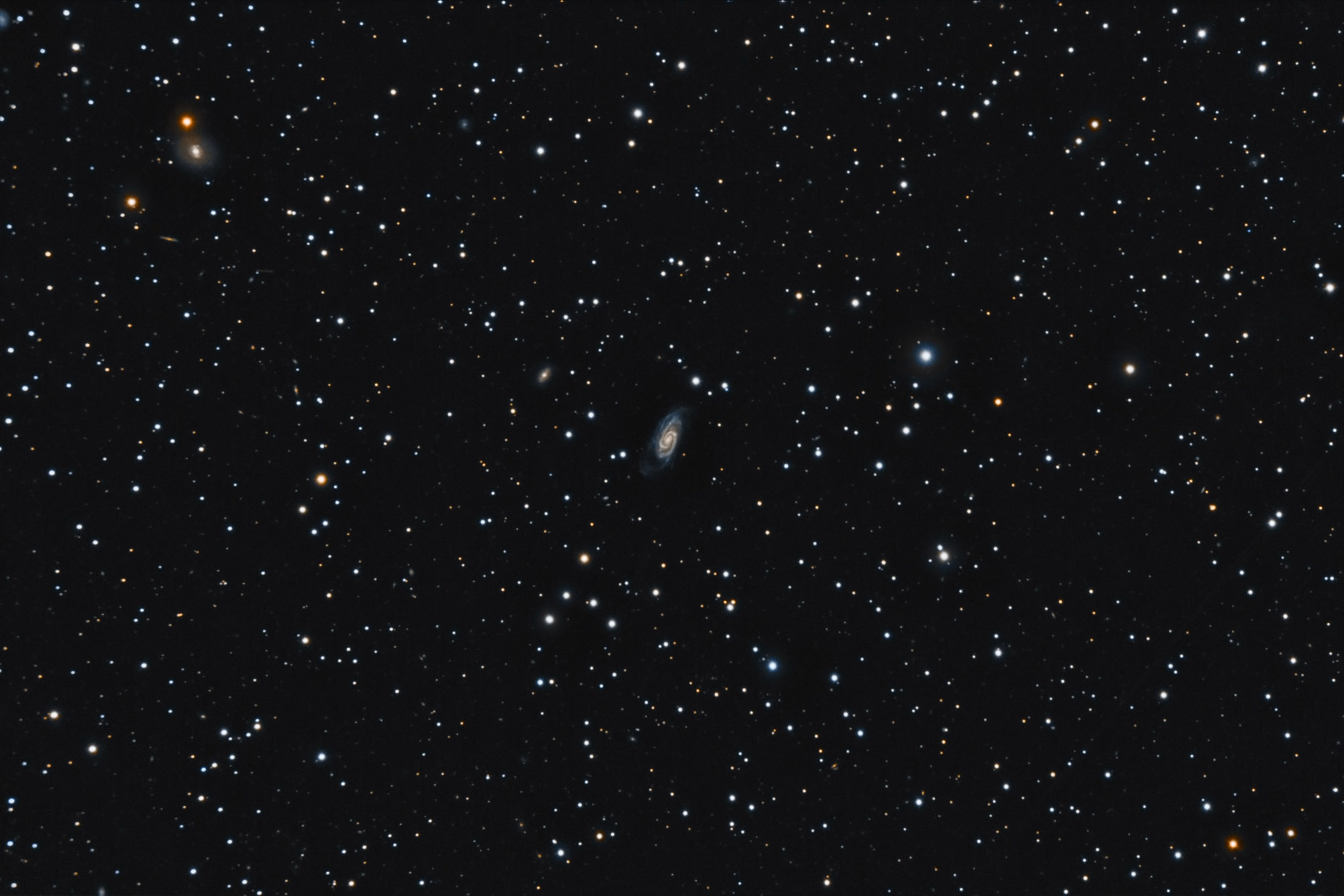 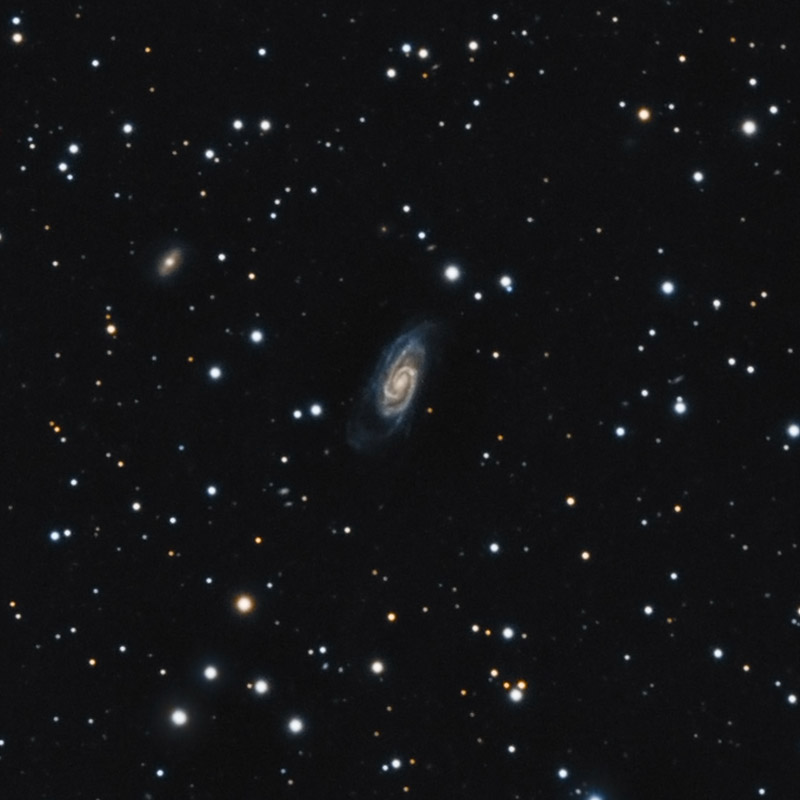 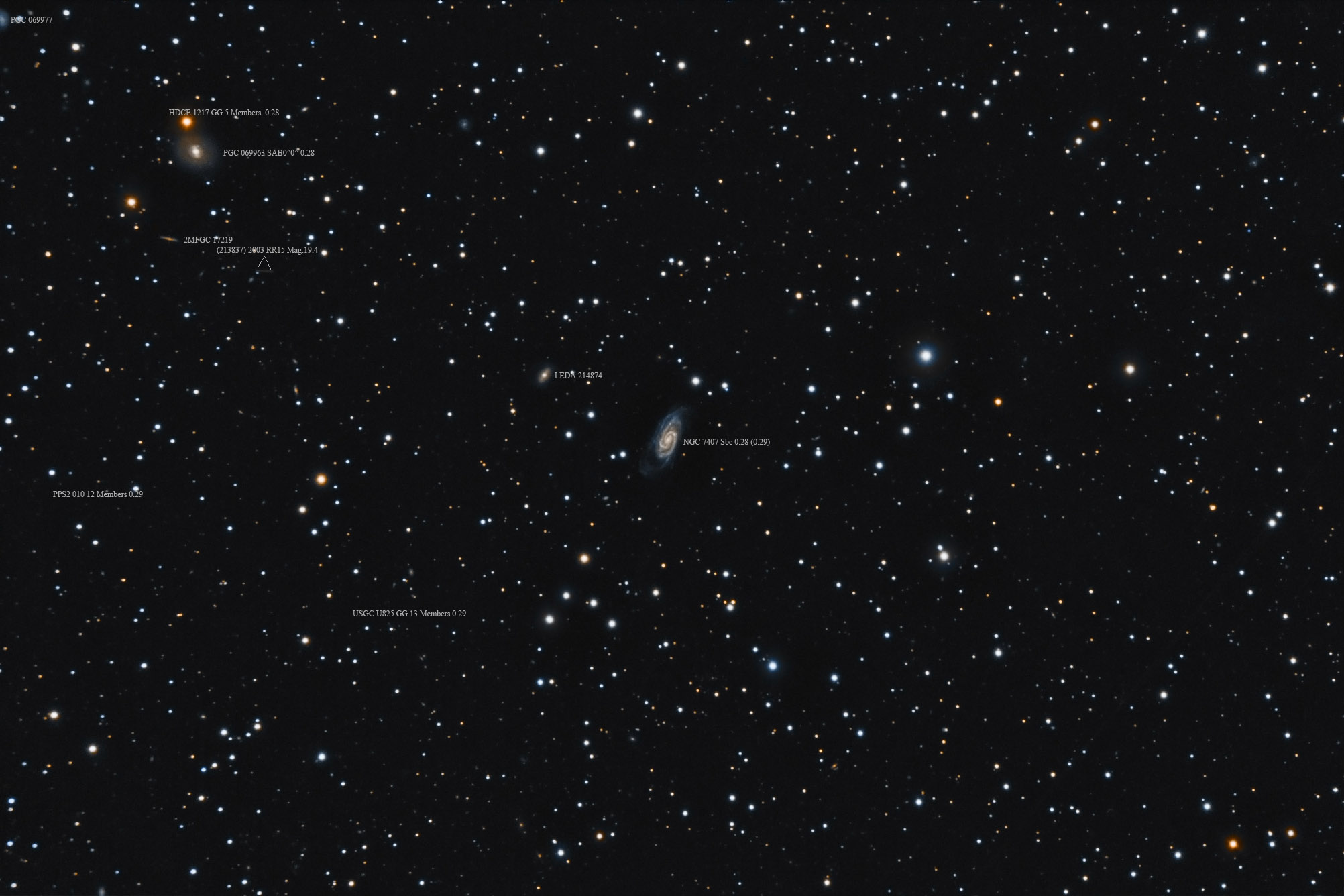