NGC 7492 is a rather sparse globular cluster which has earned it a class 12 (least condensed) rating. It could easily be taken for an open cluster from its visual appearance in images. But its large distance and size show it to be in the galactic halo and the size of a globular cluster. It is 85,700 light-years distant and 82,500 light-years from the galaxy\'s center so it is well outside the main confines of the galaxy as our galaxy\'s radius is less more like 50 to 65 thousand light-years depending on whose figures you use.

The odd thing about this globular is the dark band running east to west nearly across the cluster north of its center. Is this devoid of stars or obscuring dust? I found nothing on it either way. Other globulars have some odd gaps but I can\'t recall any as large or dark as this one.

In 1918 a photographic atlas taken by the Crossley Telescope at the Lick Observatory was published. It says of the cluster: \"A very sparse cluster of very faint stars, about 4\' in diameter 2 s.n.\" This indicates the state of the art of imaging at that time. The purpose of the survey was to study small spirals (note at this time it still was undecided if they were whirlpools in our galaxy or possibly external to our galaxy. This survey http://adsabs.harvard.edu/cgi-bin/bib_query?1918PLicO..13....9C was partly an attempt to gather data on the subject. The \"2 s.n.\" at the end of the description means 2 small nebulae were seen in the image. I assume this is the two galaxies seen through the main part of the cluster in my image. They\'d not say galaxies as they hadn\'t been recognized at the time.

The nebula was discovered by William Herschel on September 21, 1876 but is in neither of the Herschel 400 observing programs.

One asteroid came through the image, (79638) 1998 RL78 at magnitude 17.7. The transparency was so bad it appears much dimmer than this. Part of the reason my image isn\'t very bright is that the globular is just below my normal 15 degrees south declination limit which puts it down in the gunk over the lake. This also hurts seeing which ran 3.1\" to 3.5\" across the image. Deconvolution and other techniques helped a bit but things are fuzzier and fainter than I\'d like. I doubled my ordinary exposure time though I don\'t think it helped much as I gained photons but the added time just allowed the seeing to extract a seeing price for those photons. I tried the 4 best frames or all 8 and got so similar results it didn\'t matter which I used. I kept them all as it made for a different asteroid trail as I took blue data between the two luminance runs. Still, for this declination, it is quite acceptable.

There are no redshift measurements for anything in the image so I didn\'t prepare an annotated version. 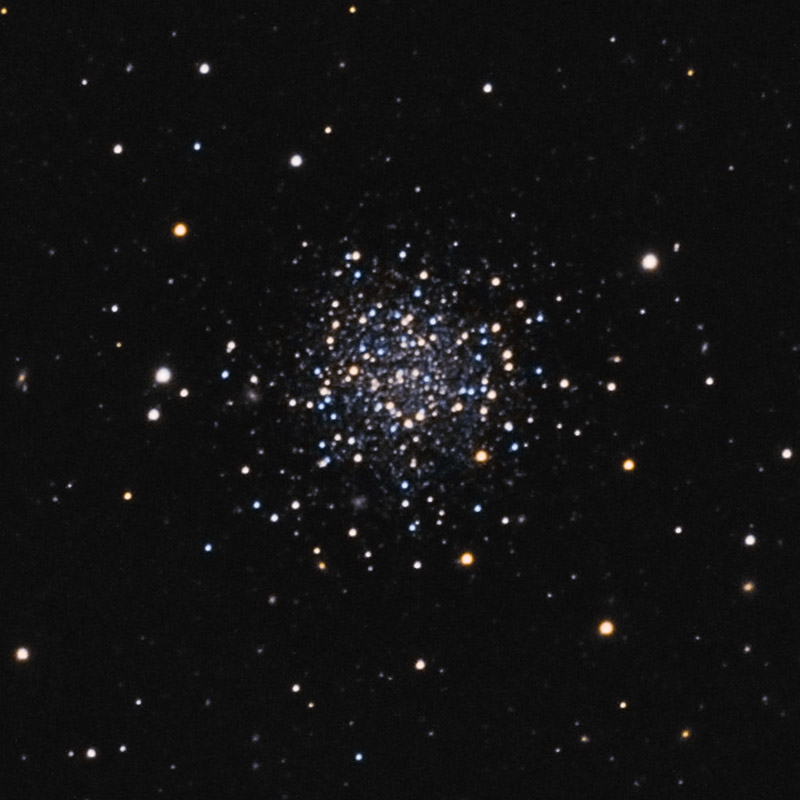 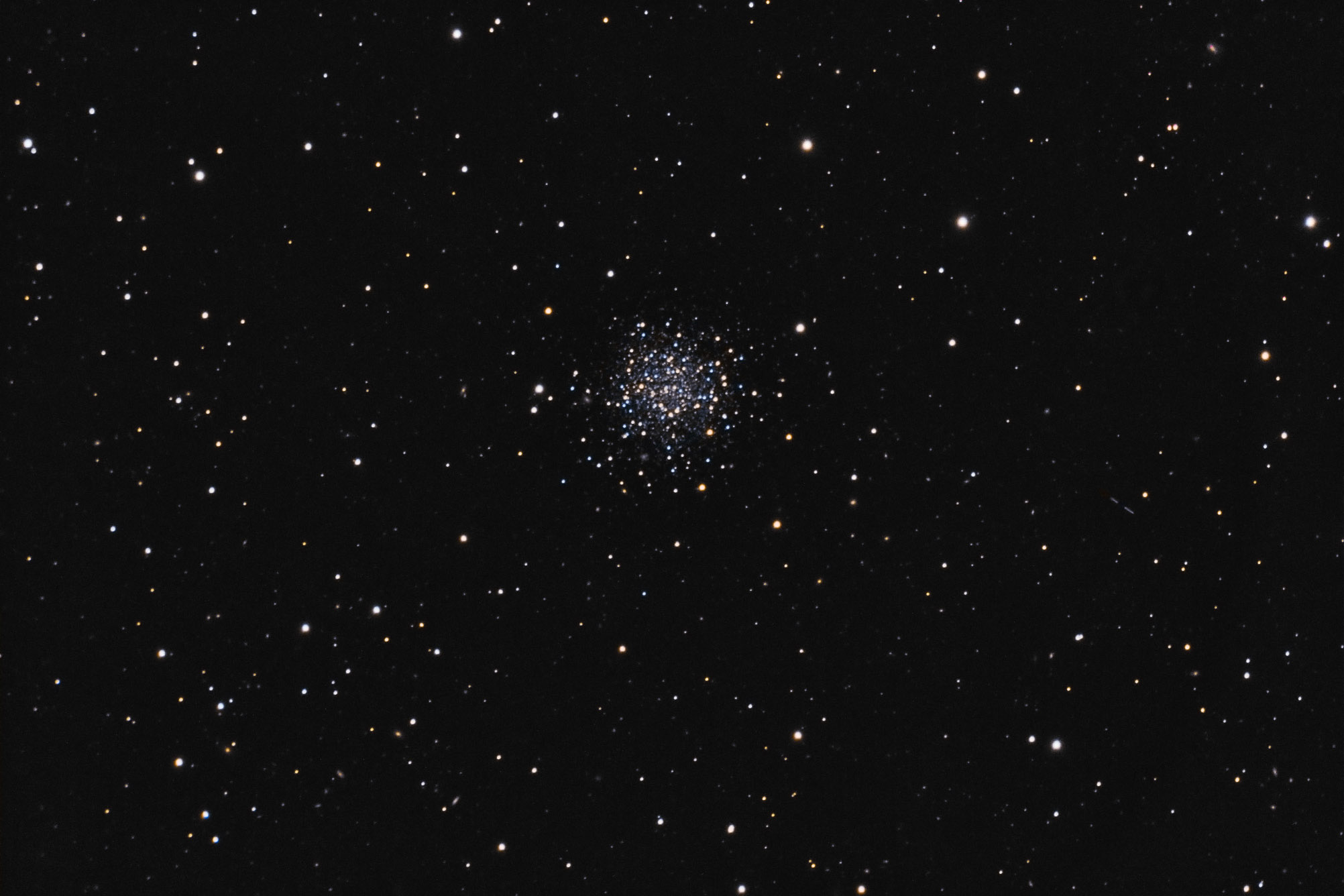