NGC 7606 is an example of a spiral galaxy with a hole in its spiral structure. Arp apparently didn\'t find these odd enough to include in his atlas. Besides the hole, the arm structure is rather weird. An odd arm runs to the southeast has an odd wave to it suddenly diverting from the normal spiral pattern. Most arms have some odd structure. What caused this is unknown to me. NGC 7606 is located in Aquarius about 100 light-years away. Redshift at NED puts it about 86 million light-years away though other measurements at NED indicate 92 to 113. Adam block at NOAO says 98 million light-years. I\'ll settle on a nice round 100. It was discovered by William Herschel on September 28, 1785. It didn\'t make either H400 program.

Several notes at NED go into its physical description but no one mentions the odd \"hole\" in the spiral structure at the northern end. It does appear star formation is declining in this galaxy. Adam Block goes so far as to say: \"Astronomers note that this galaxy is settling down in the rate of star formation. Soon (in galactic time) this galaxy may form a barred nucleus in its center with a ring of material surrounding it.\" I\'ll put it on the list to reimage in a few hundred million years and see if his prediction comes true -- or not.

NED classes it as SA(s)b with some HII emission. Odd to find that HII mentioned if star formation is ebbing as rapidly as the notes seem to indicate. NGC project classes it more simply as Sb+ I.

I prepared an annotated image though only a few galaxies had redshift data. It seemed only the faintest objects had redshift information. Many were quasar candidates. NED identified them as Ultraviolet Excess Sources (UvES) so that\'s the label I put on them. Oddly the close ones were very faint while the two over 10 billion light-years distant were the brightest. Just goes to show you can\'t judge distance by brightness. QSOs aren\'t standard candles. 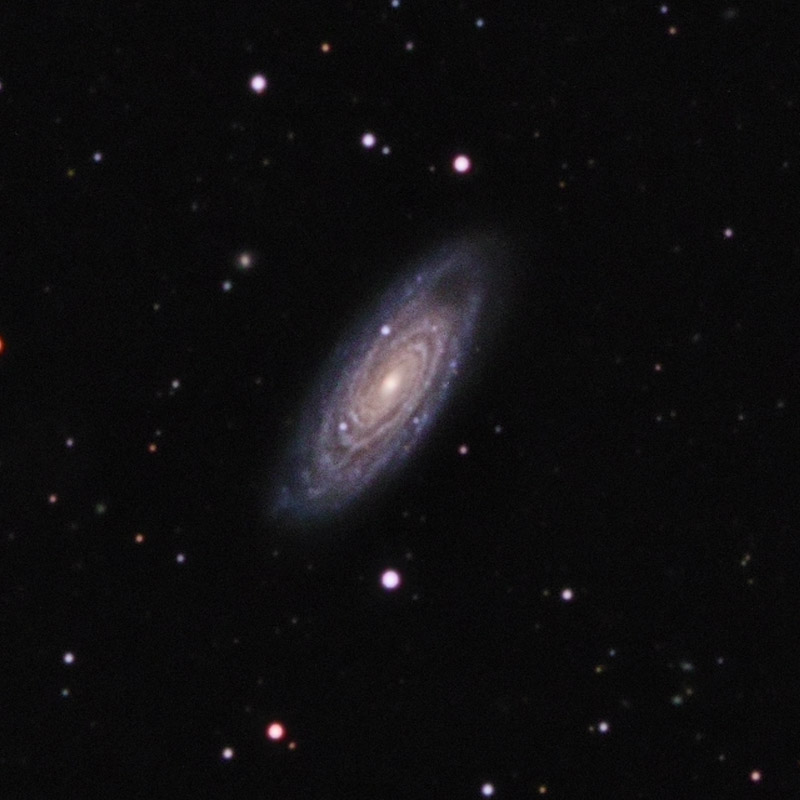 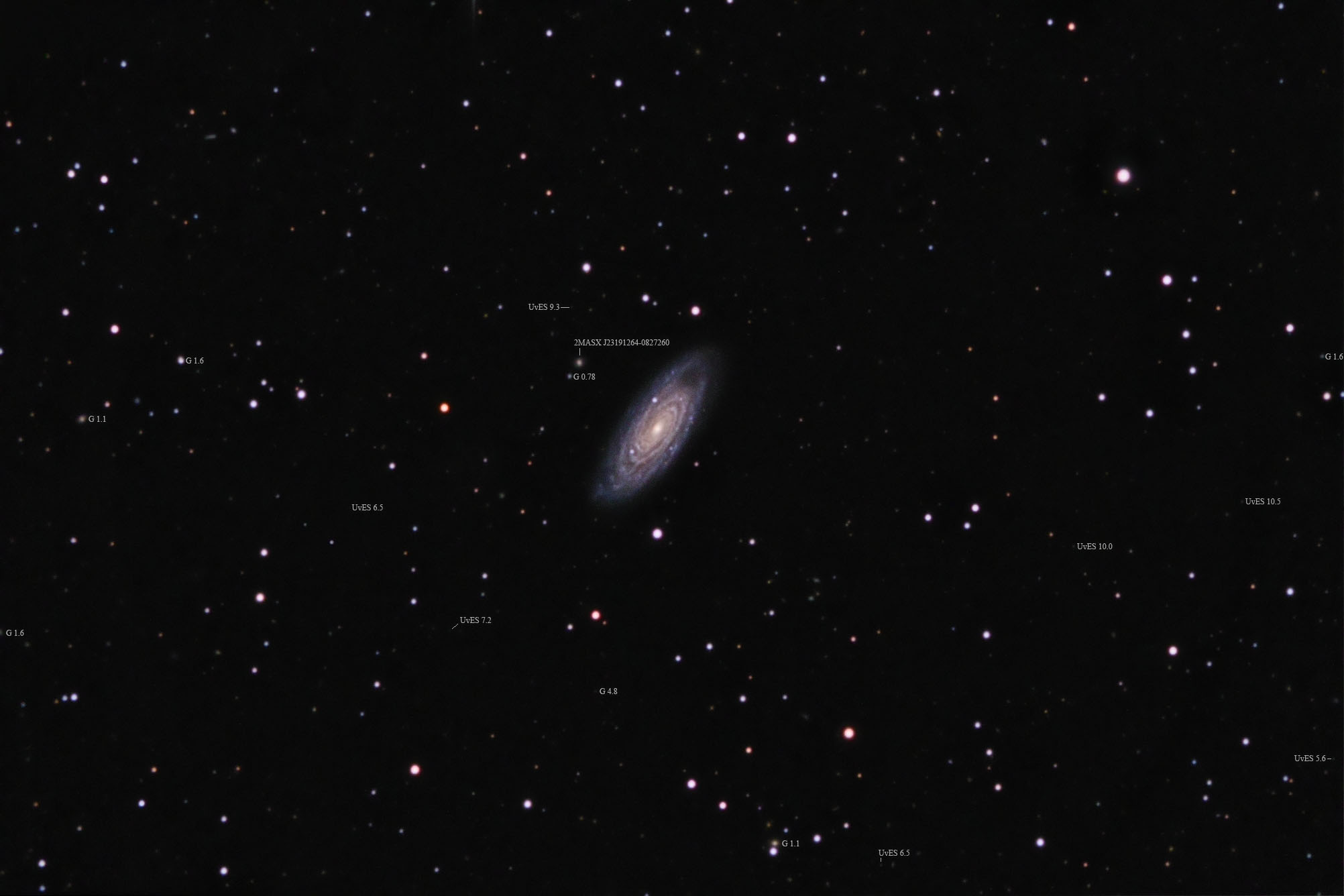 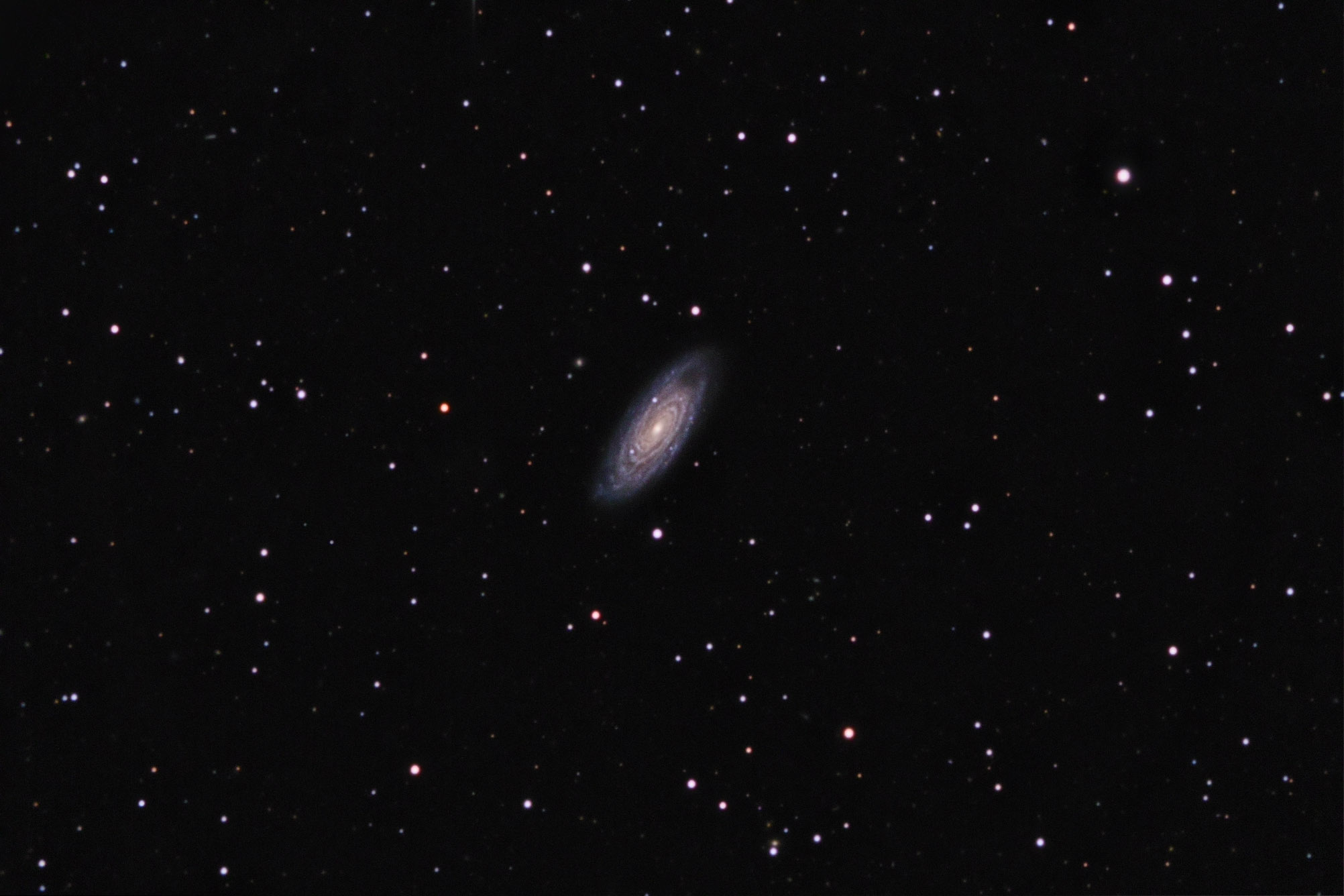