NGC 7662 is commonly known as the Blue Snowball. It is located in Andromeda about maybe 5 or 6 thousand light-years distant. Other sources make it closer at 2,000 light-years. Distances to planetary nebulae are hard to pin down. The nebula was discovered by William Herschel on October 6, 1784. My log entry from July 10, 1985 on a night with steady air but not so great transparency using up to 180x in my 10\" f/5 reads \"Brilliant, round, blue ball, planetary nebula. Seemed slightly darker toward the center but this may be an illusion. No central star was seen. Probably should have used higher power as the air was unusually steady this night.\" Images show the center is darker so it wasn\'t an illusion. Also, the central star is variable ranging from 14 to 16th magnitude. I might have glimpsed it through the nebula at 14th magnitude but not at its faintest of 16th magnitude.

The nebula has three shells, I picked up only the two brightest. That\'s because in my beginner ignorance I used very short exposures of 2 minutes. The read noise of my camera would hide the faint outer shell at that exposure time. Besides, I didn\'t know of the third shell at the time. I do need to retake this one with more exposure time than the 2 minutes per frame I used. Also, I was working at 0.5 seconds per pixel rather than the 1\" per pixel I used back then. I didn\'t understand how that made the read noise even worse. I need to redo this one using more reasonable exposures to pick up the third very faint out halo. Fortunately, there\'s not much detail in the outer halo so I can use a typical night to get that part and combine it with the higher resolution of this image a 0.5\" per pixel. 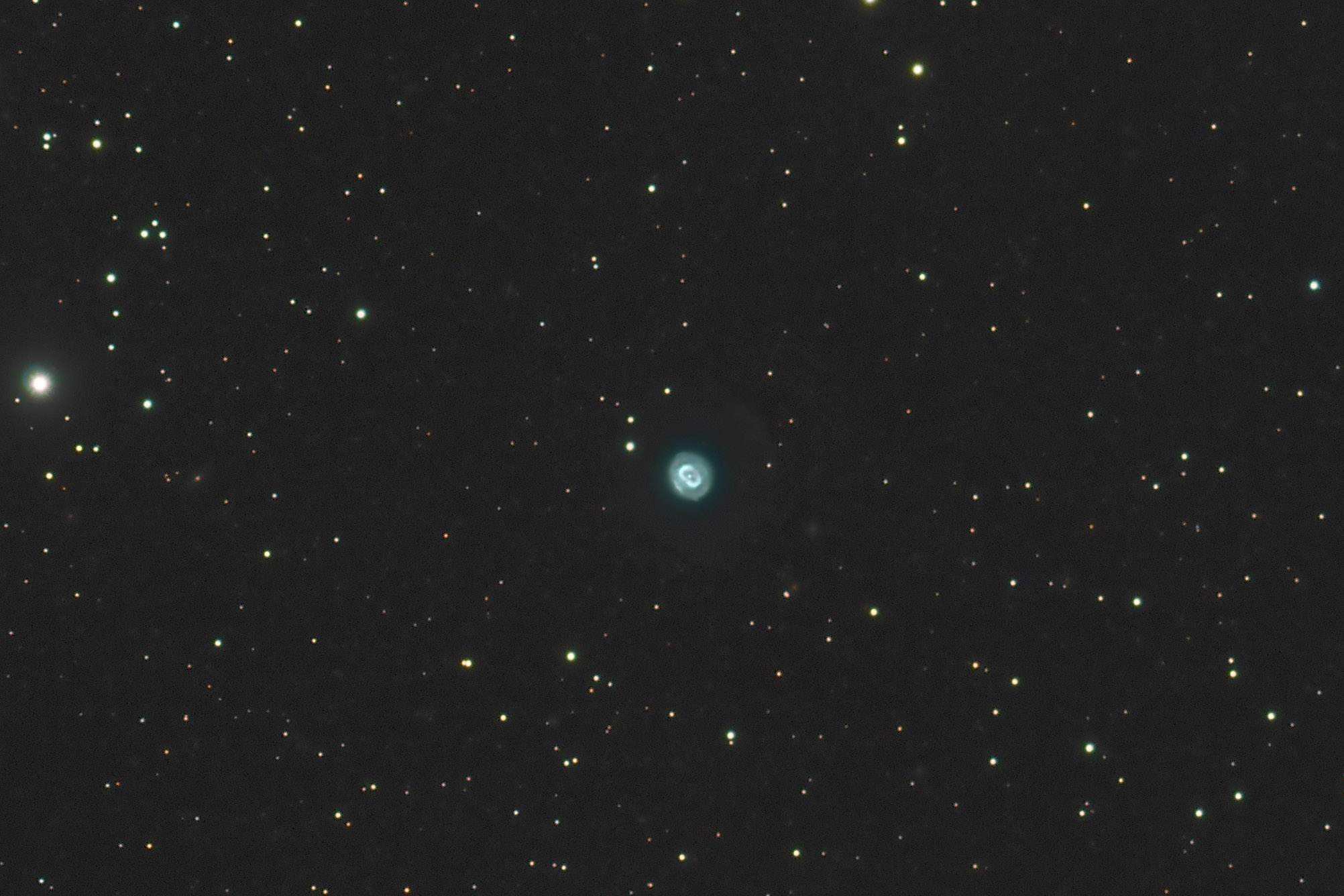