I lost this one on the hard drive. Probably because the color data was so poor in green and especially blue I didn\'t think it worth processing. Somehow I moved its data to an already processed object\'s file and forgot about it. This was taken back in December 2008. When I saw an image of this posted on a forum it looked familiar and did a search of the hard drive turning it up. I had to struggle with the poor color data and probably should have retaken it. Still, I think it turned out better than it should have looking at the raw data.

There is massive star formation going on in the bar making it rather blue in color from all the super hot stars recently formed there. My poor color data turned it more white than blue as it should be. There are a couple of HII regions just north and south of the bar. They appear more orange than pink. I don\'t know if this is due to dust or my color data problem. It was discovered by William Herschel on September 10, 1784. But it\'s not in either H400 program.

This field isn\'t covered by the SDSS. NED has little on the area as well. It does show that the galaxy cluster ZwCl 2341.1+2544 accounts for most of the field galaxies as it is centered a short distance southwest of NGC 7741 and is 30 minutes across which is about the width of my field. I found no distance to it. NED lists it as having 101 members.

Adam Block using the new 32\" scope atop Mt. Lemon at the University of Arizona\'s SkyCenter took this image of the galaxy a short while ago.
http://www.caelumobservatory.com/gallery/n7741.shtml
Too bad there aren\'t any laminar air flow mountains here in Minnesota. 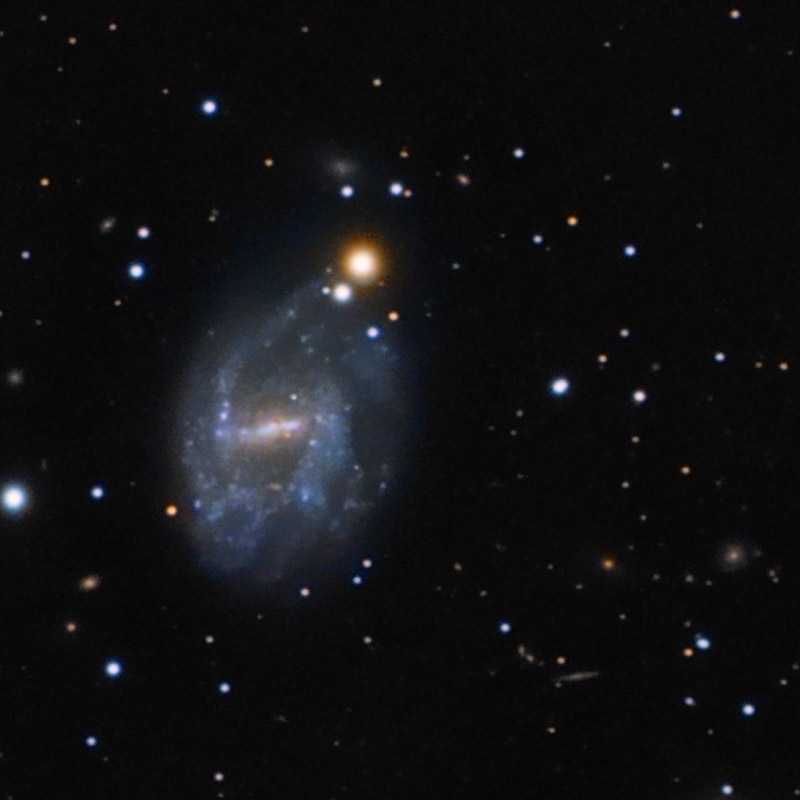 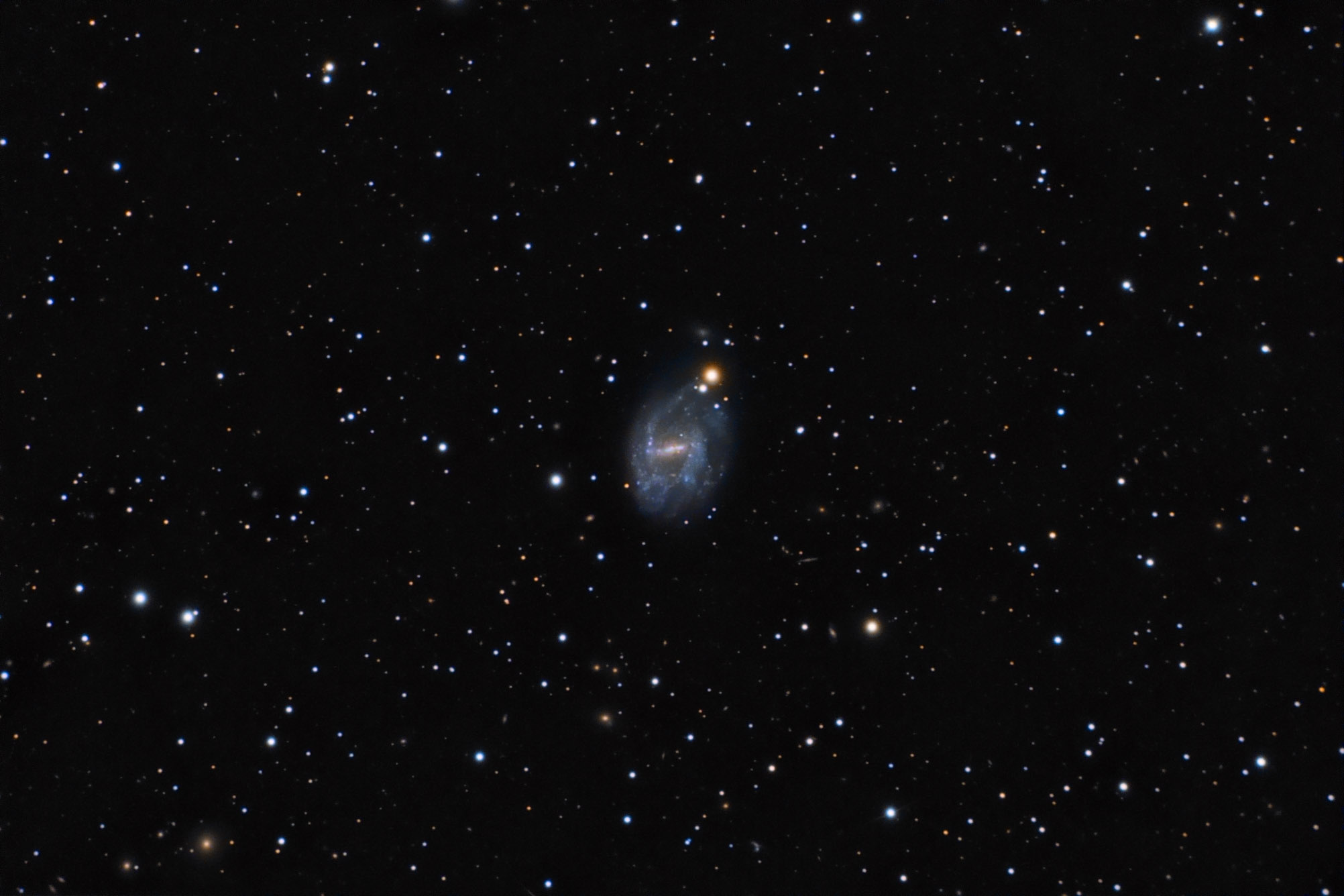