NGC 7750 is a spiral galaxy in Pisces about 120 million light-years distant. It was discovered by William Herschel on August 30, 1785. It is classed as (R\')SB(rs)c pec: at NED and SBc/P at the NGC project so both see it as peculiar I see I mentioned it in my text of Arp 68.

That must be why I imaged it though it\'s not on my to-do list. I see I did put 7755 on the list but with the wrong declination. It is too low for my latitude. Did I discover that and then looked for something of similar RA to image? Hard to remember back to August 18 of last year when this was taken.

Nothing else in the field has any distance data with only a handful of background galaxies even being listed in NED. There are two asteroids in the image. Both with oddly curved trails. Remember the story of Arp 192\'s phantom \"jet\"? Its asteroid trail appeared curved so no one considered the possibility it was an asteroid. Now I have two curved trail asteroids in this image, both with the same curve. Yet my tracking is smooth showing no sign of any tracking errors which would alter the stars as well as the asteroid creating short vertical trails for all stars. So what is going on? Wish I knew! The asteroid east of NGC 7750 is (68675) 2002 CV123 at magnitude 19.3. The one above NGC 7750 is (151085) 2001 VK83 at magnitude 19.7. 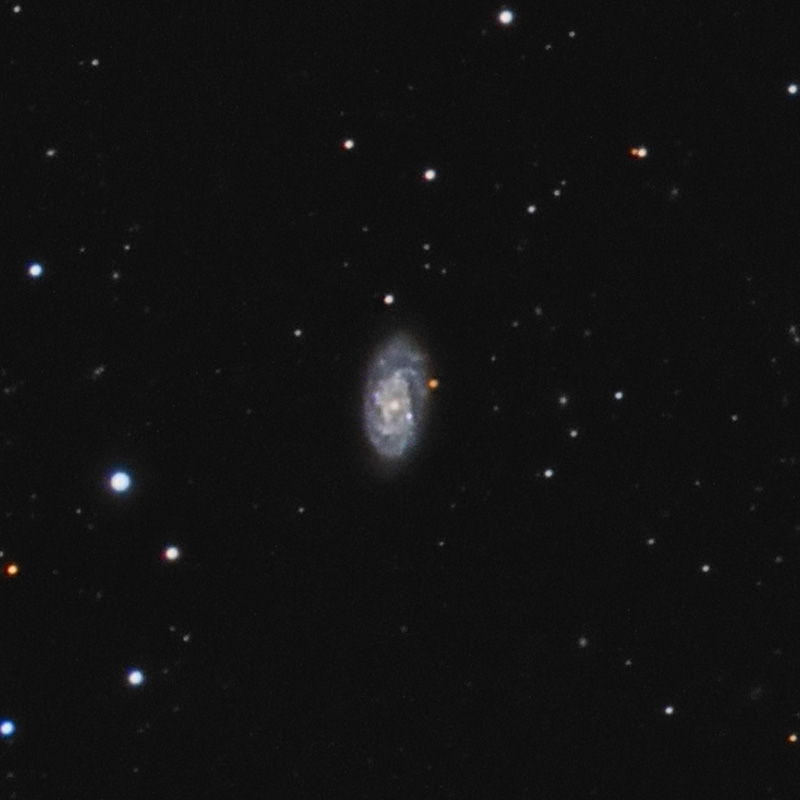 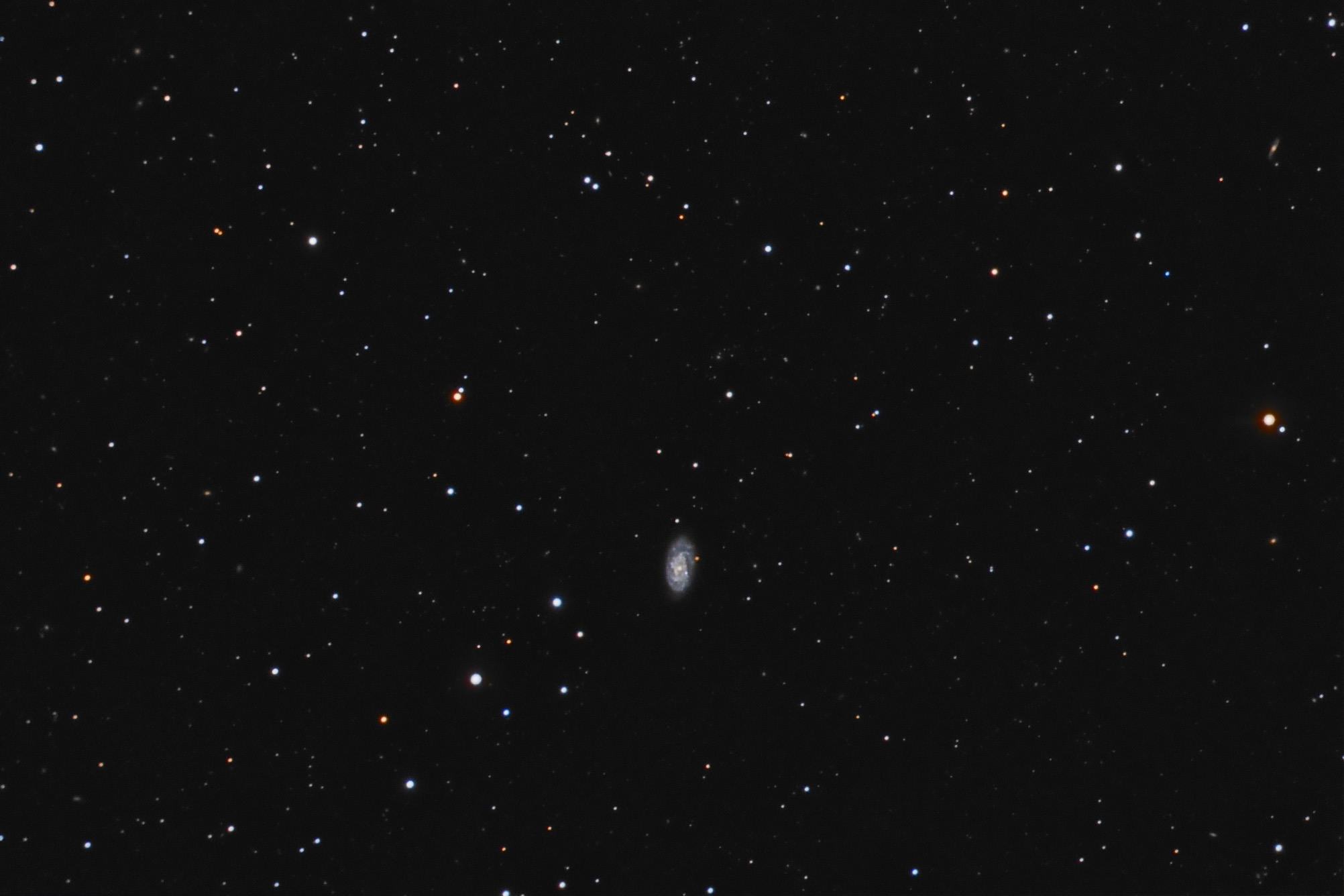