NGC 7768 is the cD elliptical galaxy that anchors the Abell 2666 cluster. It has far fewer globular clusters than would be expected for a galaxy of its size and location. The cluster is about 350 million light years distant and located in the northeast part of the Great Square of Pegasus. As Abell clusters go this is a small one. In the annotated image I\'ve noted those that are likely true members of the cluster by showing their catalog name. As space was tight and galaxies have many different catalog entries I usually used the shortest to keep clutter down. It was discovered by John Herschel on September 5, 1828.

While several of the galaxies show signs of interaction the most distorted is CGCG 477-016 at the top center of my image. NED simply classes it as a LINER spiral. No mention of the huge, faint plume going west (right) from the southern end of the galaxy. A note at NED isn\'t so silent about this galaxy saying:
\"This galaxy is also probably not a classical ring galaxy. The brightest isophotal levels of the optical and IR images (Fig. 11) show a very peculiar \"theta-shaped\" system, with a faint bar (which is quite prominent in the IR) and peculiar filaments extending from the ends of the bar. The galaxy shows intense star formation in the regions of the closed portion of the theta-shape. With the exception of the Seyfert rings, this galaxy is one of the few in the sample which showed H{alpha} emission in its nucleus. The most remarkable feature of this galaxy is the huge plume and ripples in the outer regions of the galaxy seen in the blue at low isophotal levels. This suggests that the system is a merger remnant like NGC 7252 (the so-called \"Atoms for Peace\" galaxy of Whitmore et al. 1993). We are unaware of any major companion near LT 36, and so if the plume and ripples are part of the debris of a highly disrupted companion, there is no sign of the nucleus of the accreted object.\"
http://adsabs.harvard.edu/cgi-bin/bib_query?1997AJ....113..201A

I\'m going to possibly disagree with the last statement above. Looking at the plume it seems to curve behind the galaxy then come up about the middle and arc over to dive into the gap in the theta structure on the western side. That part that dives in is bright and seems to have a star-like \"core\". Could this be the trail a colliding galaxy followed with the remains of it the bright part of the arc? Is the starlike core then the remains of the core of this galaxy? No paper suggested this so likely not the case but it sure gives that appearance to me.

Galaxies too distant (none were closer) to be a member of the cluster are just labeled with a G plus their distance in billions of light-years. NED listed no quasar or quasar candidates in the field. Many interesting galaxies had no redshift data. Most weren\'t even listed at NED. I left those few that were at NED without a label. While the field has been imaged in the DR8 data release NED is yet to pick up the data. When that is included I assume many more will have redshift data. 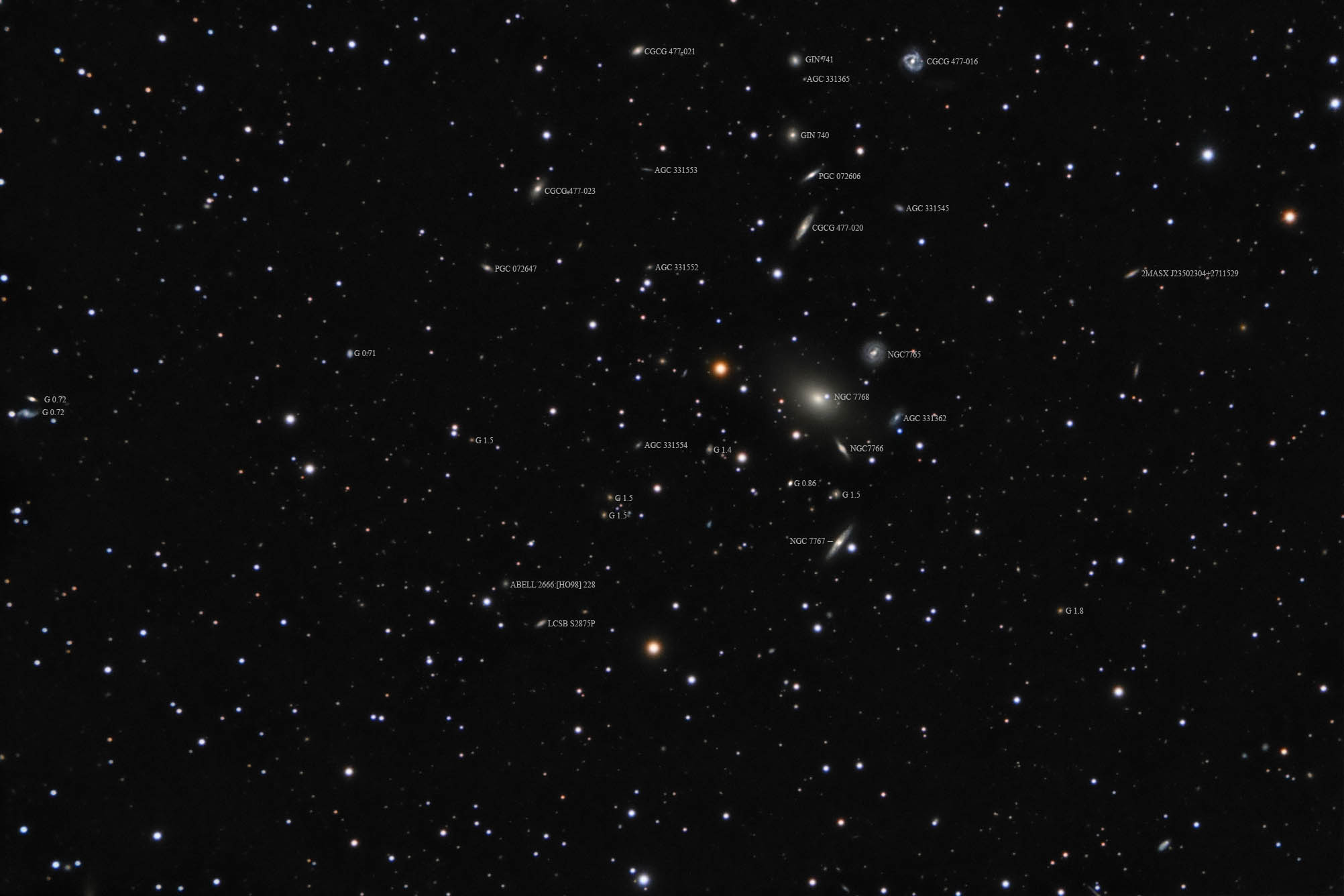 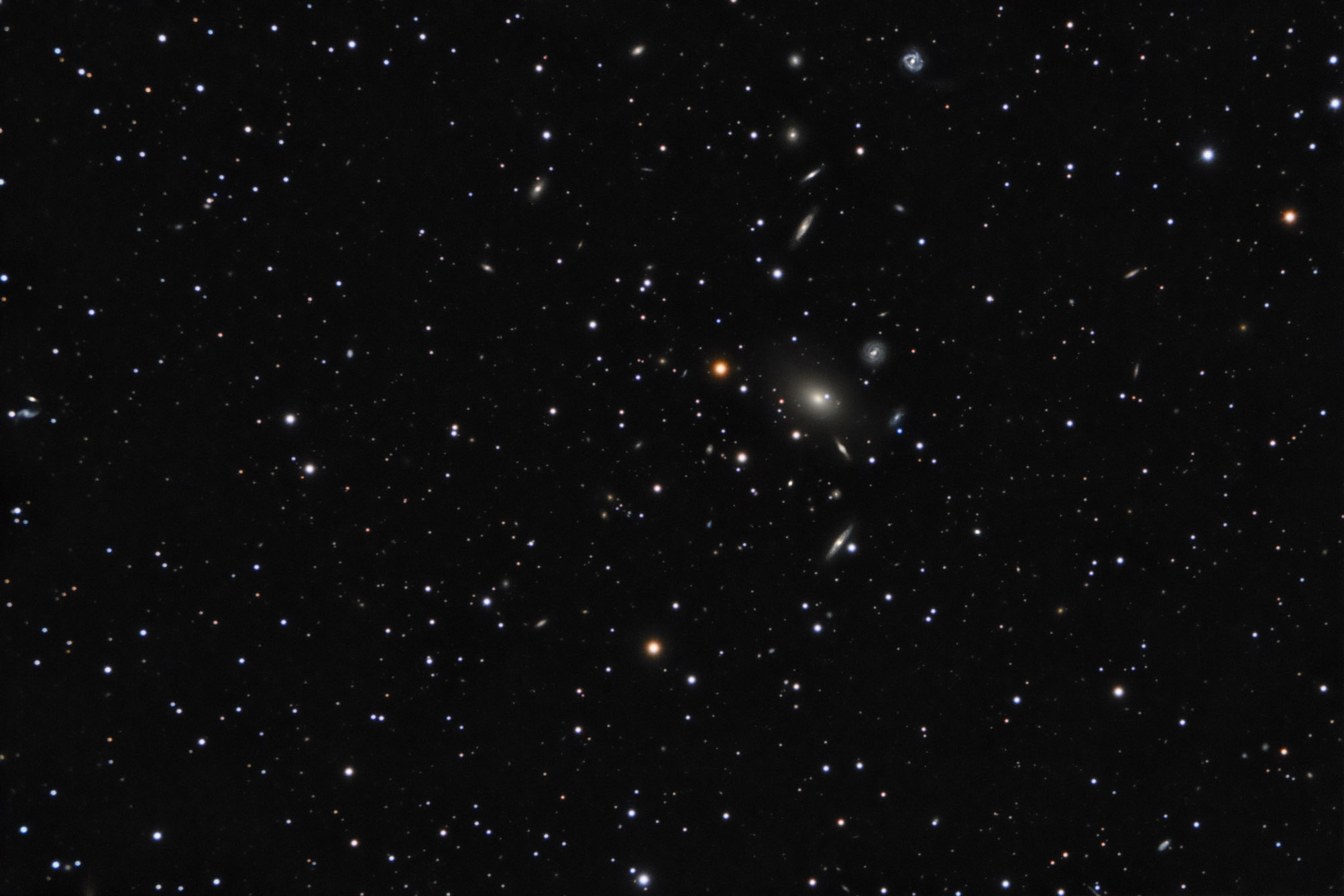