There is a line of open clusters in Cassiopeia that\'s far longer than my field of view allows. Here I\'ve picked up the two furthest east, NGC 7790 and Berkeley 58 (upper right to lower left). All may be closely related. I imaged NGC 7790 and NGC 7788 back in 2011. The others further north and west are still to be taken. Those are Frolov 1, Harvard 21 and King 12. Only King 12 is really recognizable as a cluster from the rich Milky Way background.

This rich background makes it hard to tell where a cluster ends. For this reason, I found sizes ranging from 4.5 to 7.5 minutes for NGC 7790 and 5 to 8 minutes for Berkeley 58. In fact, I found little agreement on much of anything to do with these clusters.

Things are no better with Berkeley 58. WEBDA says it is 12,000 light years distant, reddened by 0.55 magnitudes and 250 million years old. But another paper (http://mnras.oxfordjournals.org/content/388/1/444.full.pdf) says it is 10,000 light-years away, reddened by .7 magnitudes and 100 million years old. I found size values of 5 to 8 minutes of arc giving a size range of 14 to 28 light-years depending on which size and distance you use. It contains a single well studied Cepheid which doesn\'t appear to help any more than the three in NGC 7790 to pin things down.

Also in the image is a ghost of a flat galaxy, 2MFGC 18005. It is faintly visible as a somewhat red fuzzy streak west of Berkeley 58 and below NGC 7790. I wouldn\'t have prepared an annotated image but this galaxy is so difficult to spot I made one just for it. When I saw it on my FITs stack I thought it an asteroid but then it was very faintly seen full size on the individual frames showing it wasn\'t an asteroid (one this high in declination is rare). While it appears flat enough to qualify for the flat galaxy catalog it isn\'t listed there for some reason. This is such an obstructed region they may not have searched this area for flat galaxies. NED lists no other galaxy in this area but for what appears to be a duplicate entry for this one with a slightly different position with a 35 second of arc error circle that easily includes 2MFGC 18005. The galaxy hosted a supernova back in 2007 which is how I came to learn of it. I wanted to catch it but that never happened. I can\'t recall why.

Weather limited my color data for this cluster. I can\'t say the color data is as good as I\'d have liked. Only the red frames were sort of clean. Both blue frames were weak and hazy. Only one green frame was usable and it was dimmed by clouds. I never had a night to retake the data, besides this was my third try with the other two a total loss due to weather. 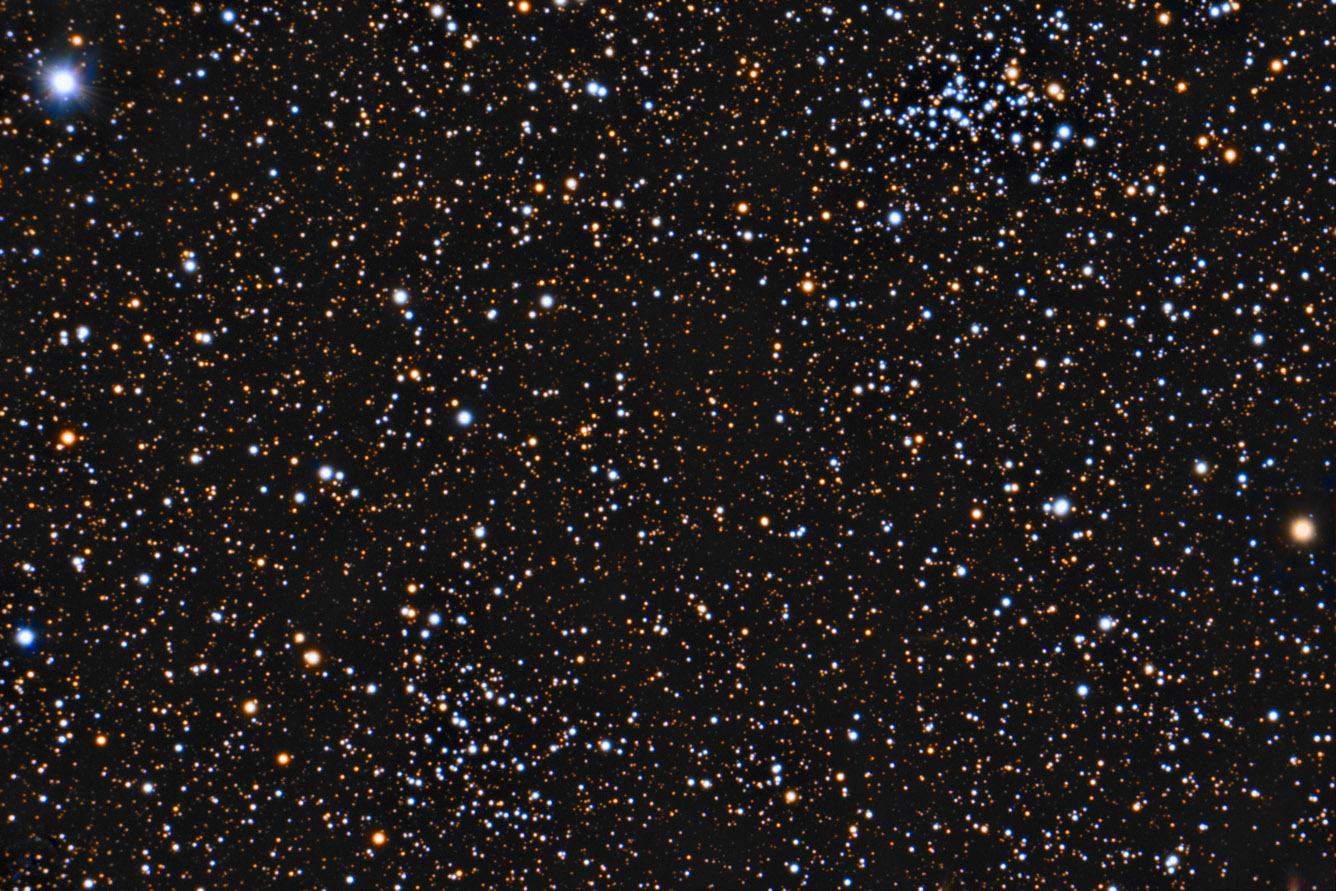 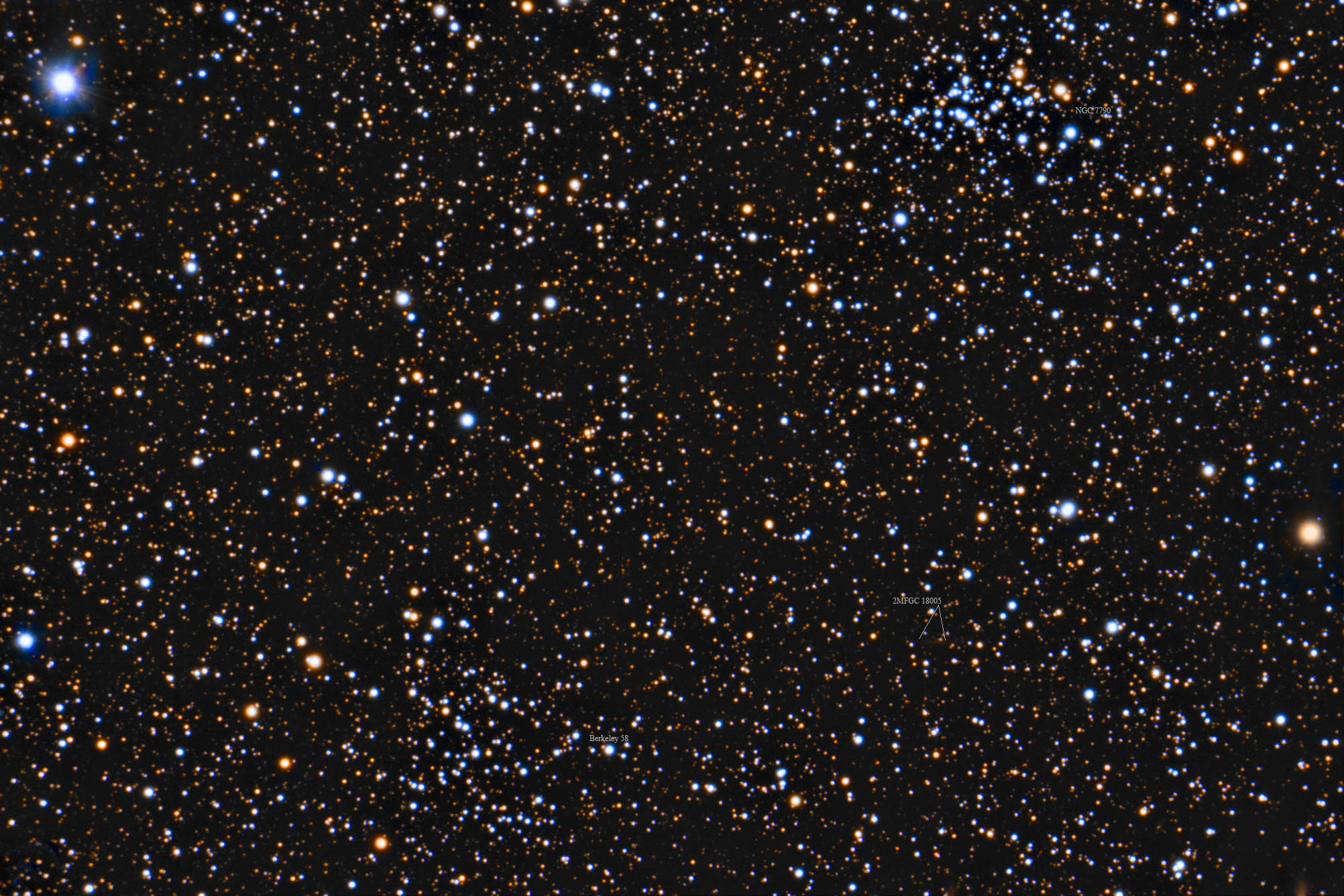 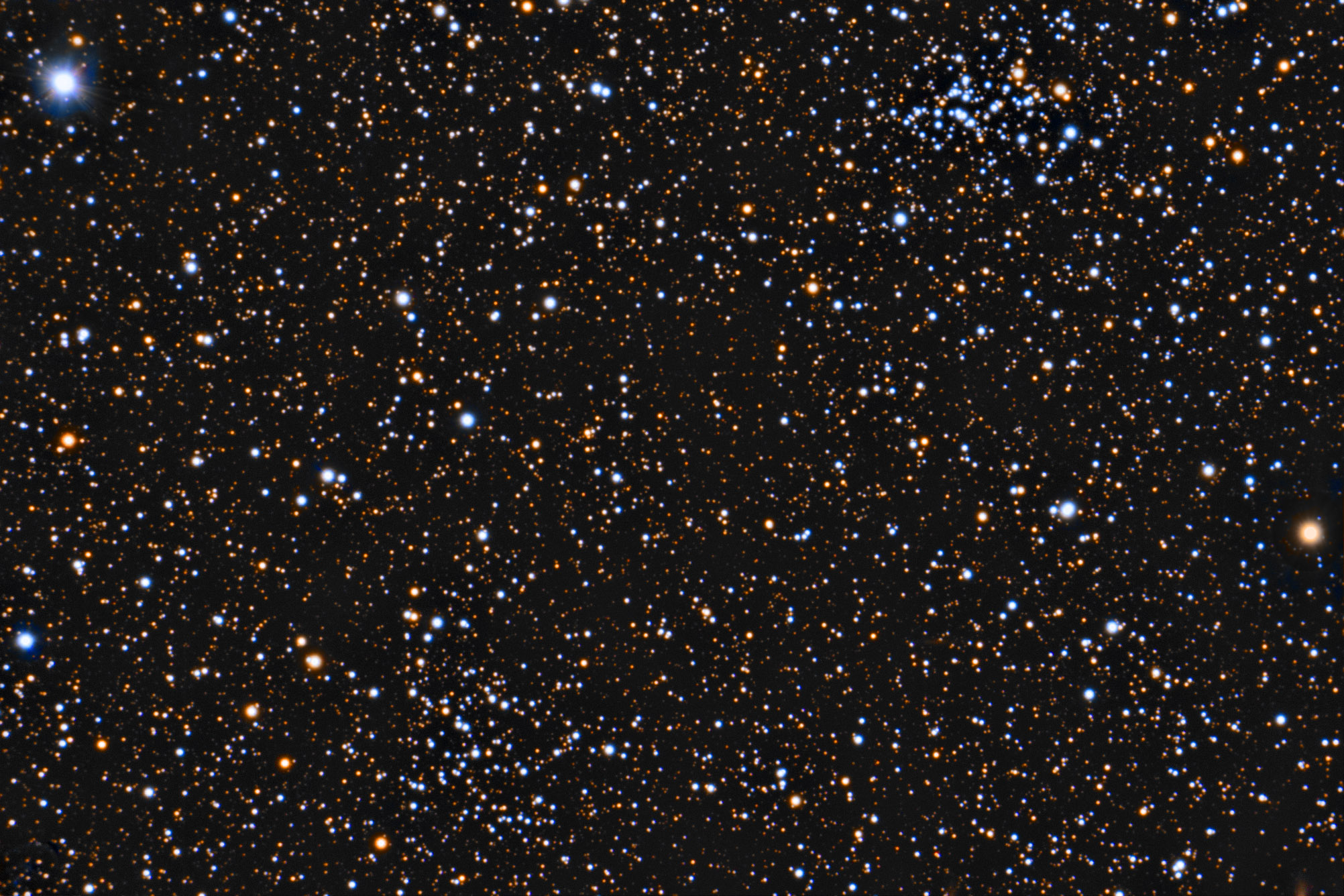