NGC 7800 is an irregular Magellanic galaxy in Pegasus. Redshift puts it about 64 million light-years distant though a single Tully-Fisher measurement says 77 million light-years. One paper even +put it at 125 million light-years. I\'11 call it 70 million as a nice round number that is pretty much in the middle of the two more reasonable estimates. It is a low surface brightness blue galaxy with strong UV emission. This is quite typical of an Im class galaxy. Being blue it has had recent strong star formation. There\'s an obvious galaxy seen through the western edge of the galaxy. It isn\'t listed in NED at all even though several thousand galaxies in my field are listed. So I marked it with a question mark. It shows in the POSS plates and other images so is real and not an artifact as I was beginning to suspect. It was discovered by William Herschel on December 24, 1783. It isn\'t in either H400 program.

Other than papers stating these obvious facts I found little on it so I\'ll move on to the field which is strangely absent of nearby galaxy but has several groups at 1.2, 1.9, 2.4 and 3 million light-years. These are marked in the annotated image along with a galaxy shown to be at the same position. WHL J235935.4+144135 is an oddity. While there\'s a very obvious large galaxy at its position the galaxy isn\'t listed in NED\'s database. So that galaxy cluster is just noted with the label GC rather than G/GC used for the others whose anchor galaxy was listed in the database.

Near the bottom edge of my image, a bit right of center is a galaxy at 2.0 billion light-years that shows some spiral detail. Doing the math shows, it to have a diameter of about 175 million light-years. That is one monster spiral galaxy!

There are several quasars in the image. The most distant has a z of 3.39 which means the light we see has been stretched in wavelength by a factor of 4.39 times due to how much our universe has expanded in the 11.8 billion years it took the light to reach us. Our galaxy may not have even existed when the light we see left it. In any case, the light had been traveling 7.3 billion years before our sun and the planets were even born. But if photons could think they\'d have seen the trip as being instantaneous with no time between their leaving the quasar\'s accretion disk and slamming into my detector only to be turned into an electron ending its 11.8 billion year, yet instantaneous, life. 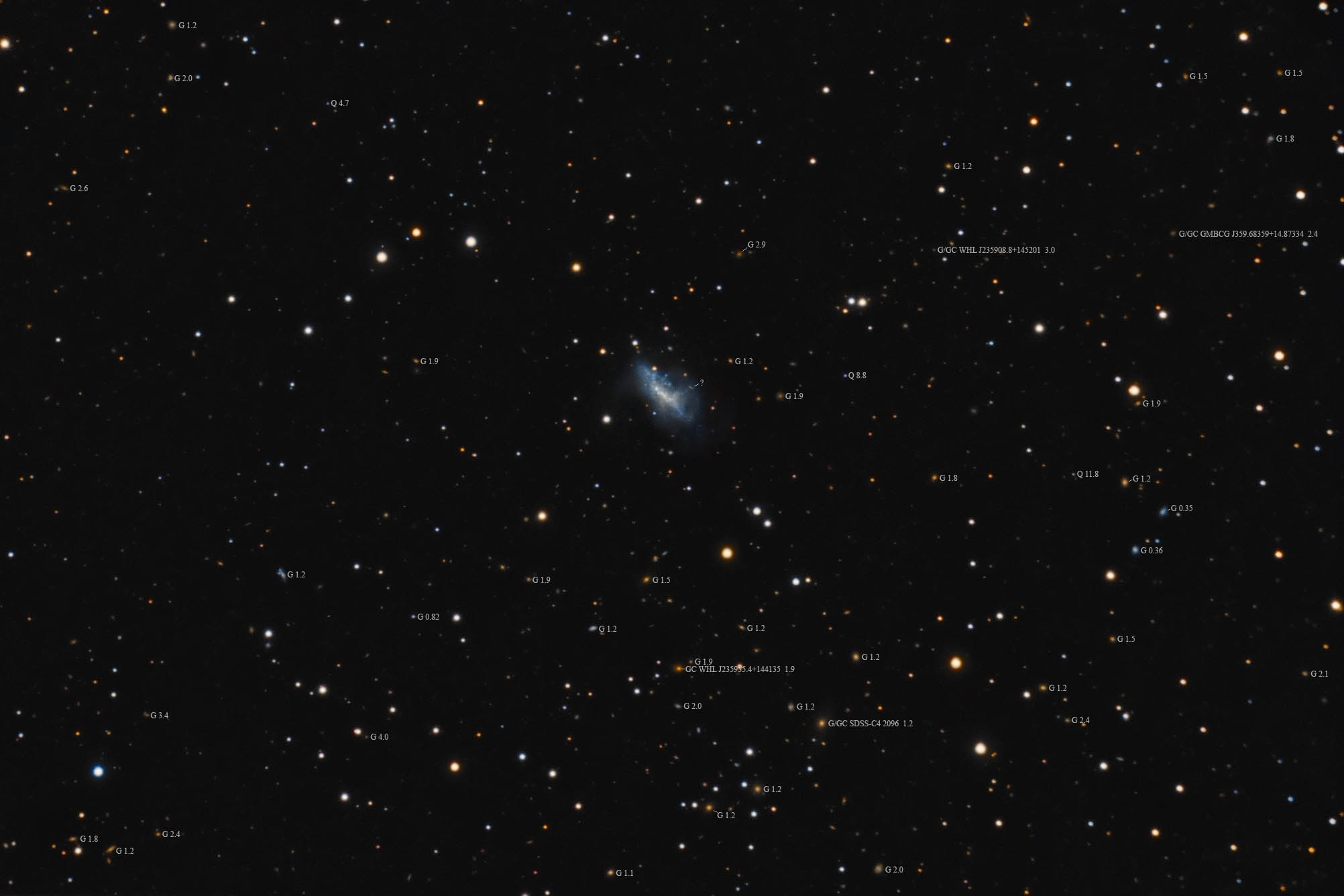 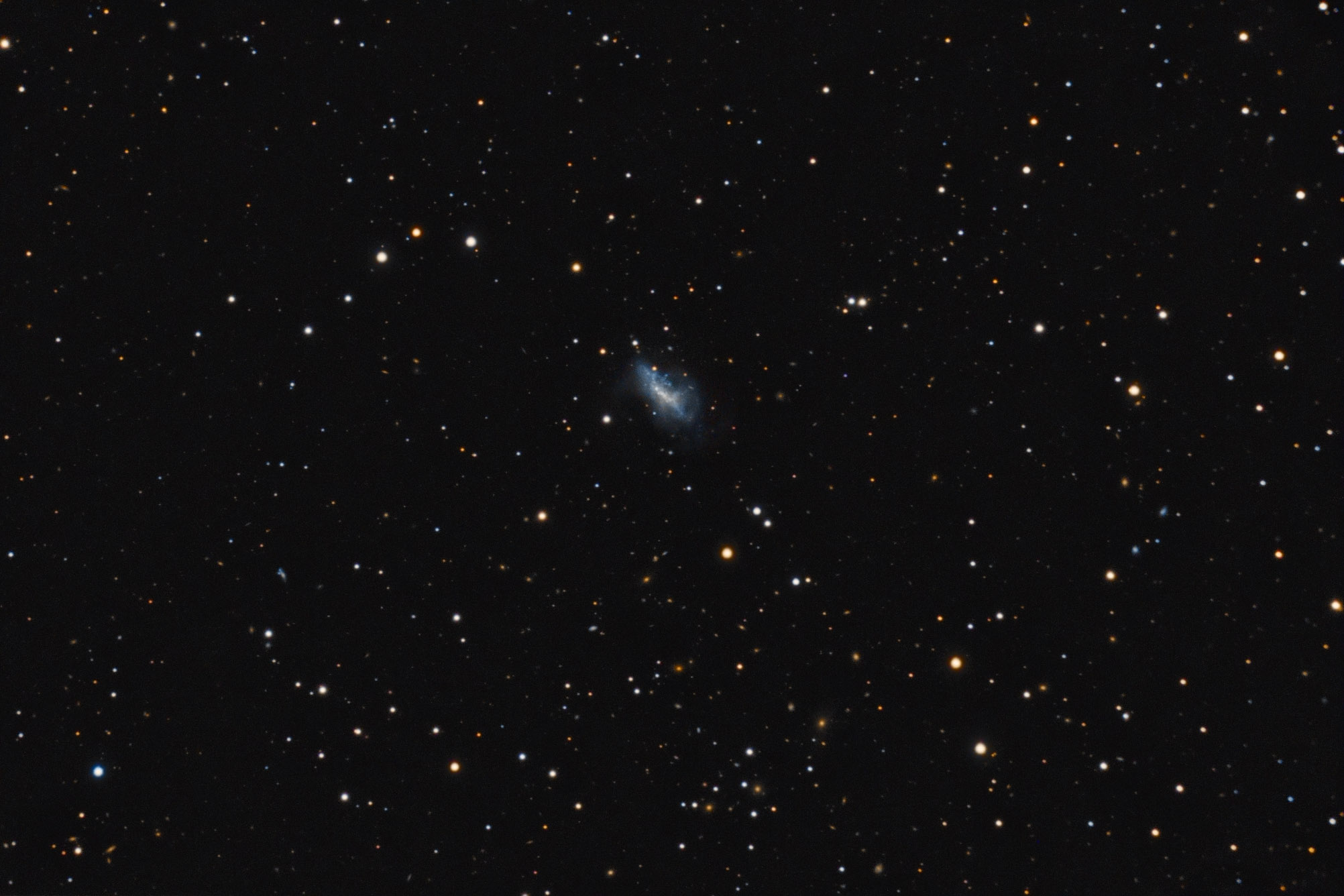