NGC 7822 (see Sh2-171) is a star-forming region in Cepheus. It is also known as Ced 214. It is far larger than my field so I\'ve just picked a part of it including the star cluster Berkeley 59 in the upper right corner and several \"elephant trunks) near the bottom. APOD puts it at about 3000 light-years from us. Most images you see of this object are done using narrowband filters and the so-called Hubble palette (SHO) in which SII (sulfur) is mapped to red, H alpha (Hydrogen) is mapped to green and OIII (oxygen) is assigned blue. I\'ve used pure LRGB. I\'ve tried to balance the colors to show what the eye would see if it were equally sensitive to all colors. In fact, the eye is most sensitive to green so the nebula would appear somewhat green to the eye if it were bright enough to register on our cones that see color. It is too faint to do this even in very large scopes so appears just as a faint gray smudge with the stars of Berkeley 59 dominating. It was discovered by John Herschel on November 16, 1829.

The star cluster in the upper right corner is Berkeley 50. It is a young cluster only about 6 million years old so its very blue stars dominate. It is about 3,600 light-years distant according to WEBDA. That\'s about the distance to NGC 7822 considering how difficult it is to pin down the distances to these objects. Could it have formed from some of the gas in NGC 7822? I rather doubt it as WISE shows it to have its own nebula, only visible in IR light. https://www.nasa.gov/mission_pages/WISE/multimedia/wise20100316.html The NASA site puts both NGC 7822 and Berkeley 59 at 3300 light-years and considers them related. 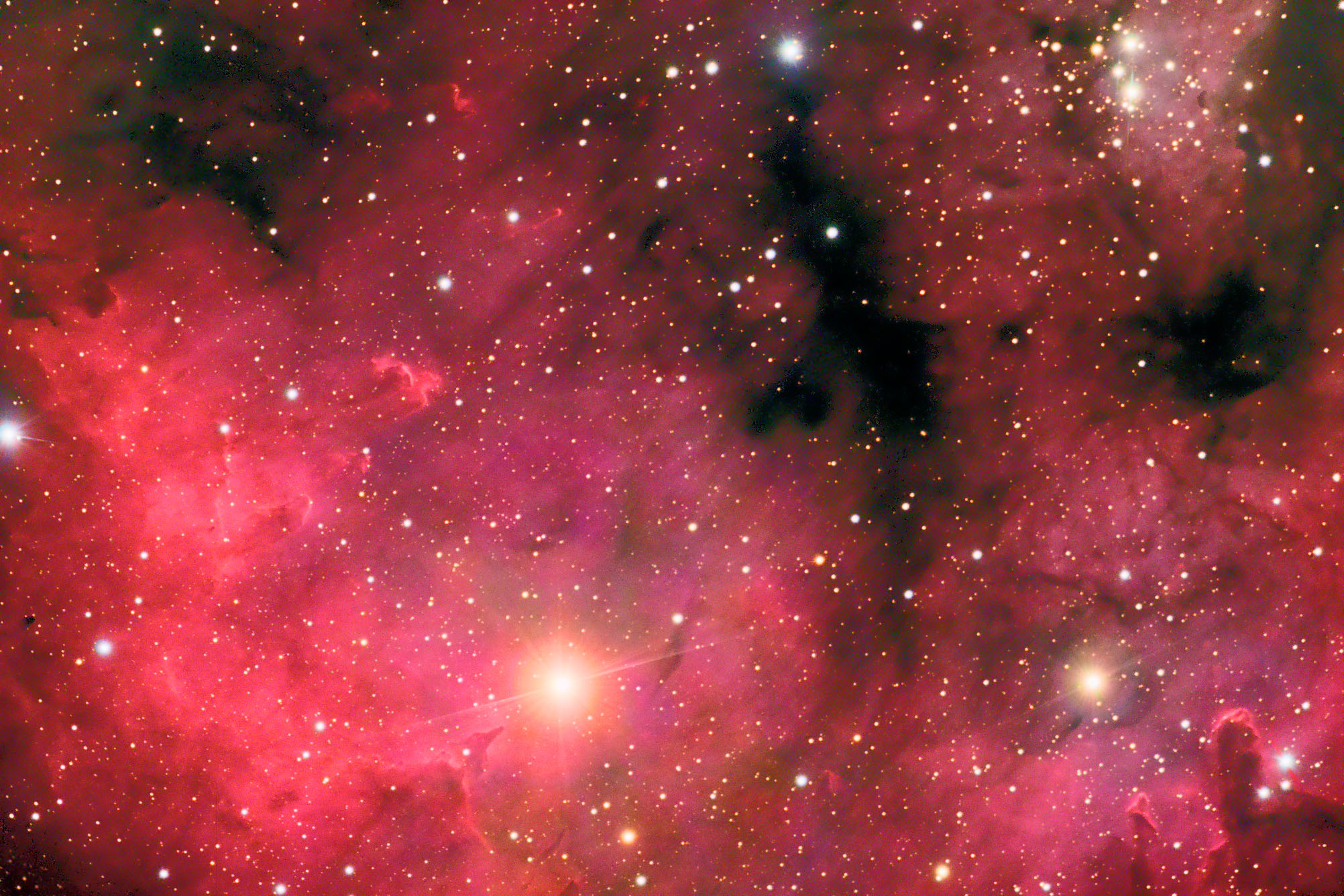