I had wanted to catch Asteroid (18024) Dodson which is named for the inventor of what are now known as Dobsonian reflectors who died January 15, 2014 at age 98 but weather didn\'t cooperate. I finally settled on getting it through some sucker holes. The asteroid naming citation sums up Dobson\'s contribution to amateur astronomy saying: \"John Dobson (b. 1915) is one of the most important popularizers of astronomy of the twentieth century. His telescope design has spread around the world and enabled amateur astronomers to use larger apertures than before. He demonstrates a passion for sharing his knowledge of the universe with the public at large.\"

While he could have made a fortune selling rights to the mount to commercial telescope makers he intentionally made it freely available to all. While he held some rather odd ideas about the universe he loved showing the universe to the public. A good article on him is at http://www.skyandtelescope.com/astronomy-news/john-dobson-19152014/ . Be sure to catch the video mentioned ( http://www.youtube.com/watch?v=oJCN4HEXDqE ) as he talks about some of his rather unorthodox views of cosmology. I suspect they were heavily influenced by his Vedantan monk philosophy.

My weather here has been awful this winter. Conditions were poor the night I captured this image. At an estimated magnitude 19.4 it showed rather faintly in my 10\" framing image. When the data came in that object didn\'t appear to move but a \"star\" about 5 minutes to the north was moving slightly. I thought it odd the minor planet center so missed its orbit. Normally it is dead on with well-known asteroids like this. It wasn\'t until I processed the image I saw the object I thought was asteroid Dobson was indeed the asteroid. The moving star was a different, brighter, asteroid that was trying to steal the image from Dobson. Neither is moving very fast. Both are nearing the end of their retrograde motion thus are rather stationary in the sky. Dobson moved only a bit under 6\" of arc during the luminosity frames while the scene stealer moved a bit over twice as far. Its designation is (29723) 1999 AD24 and is listed at magnitude 18.8.

The asteroid is in eastern Taurus not far from Orion\'s shield. This area is poor in DSO objects. While a few galaxies in the field are listed at NED they have no information on distance, size, magnitude etc. The few they have are from the 2 micron survey and identified only by position. So I made no effort to annotate them. But I have included an annotated image as finding Dobson\'s nearly star-like asteroid is difficult without having it pointed out. I originally planned on making a movie of the asteroid moving through space but its motion is so slight that\'s not possible given my poor conditions here. I couldn\'t even get a second round of color due to the sucker hole closing completely. 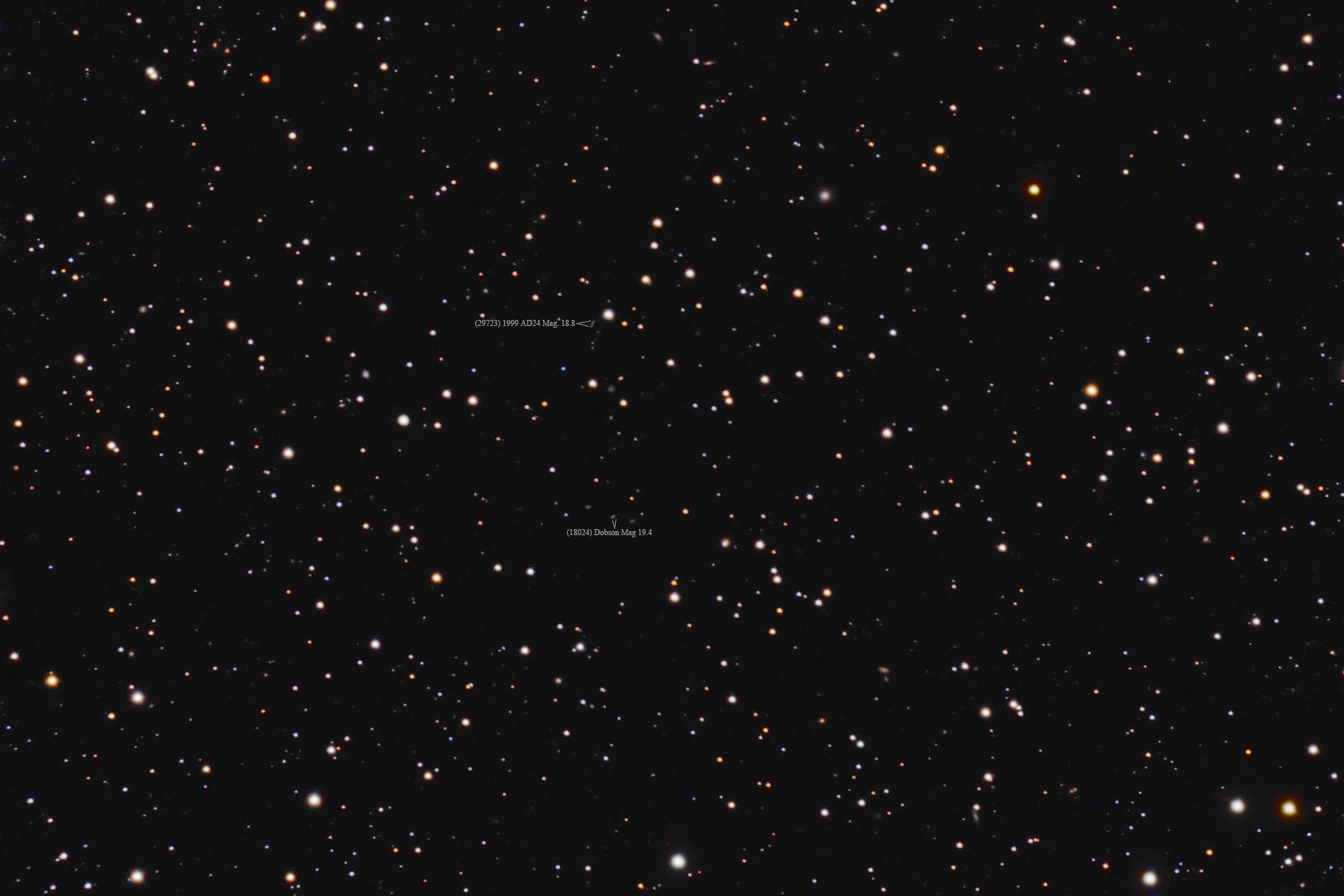 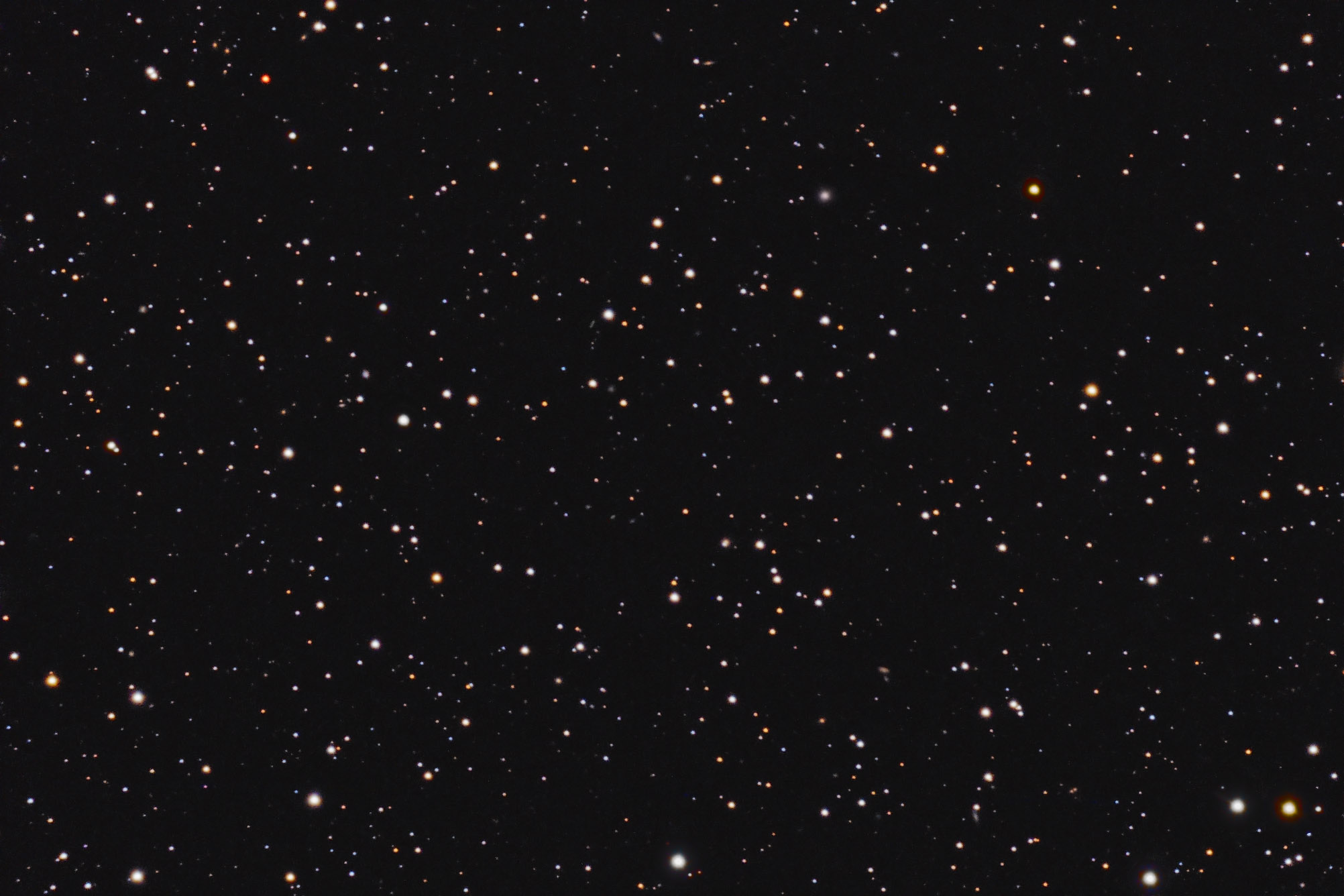