(153591) 2001 SN263 made a close pass by the earth in February 2008. On February 15 I was able to catch it passing by in a series of 15 30 second exposures. It was about 6.5 million miles away at the time but moving rather rapidly, a bit over 7\" of arc per minute. My USB1.1 camera is slow downloading so there\'s a noticeable gap between each frame. It was about 6.1 million miles away when, a few days later, Arecibo discovered it had two satellite asteroids. So instead of imaging one asteroid, it turns out I was taking three. The main asteroid is a bit under 3 kilometers in size while the satellites are .77 and .43 kilometers in size.

Normally I\'d not post such a basic image as this one but after learning its history and my image being taken just before it was discovered to be trinary I decided to include it. 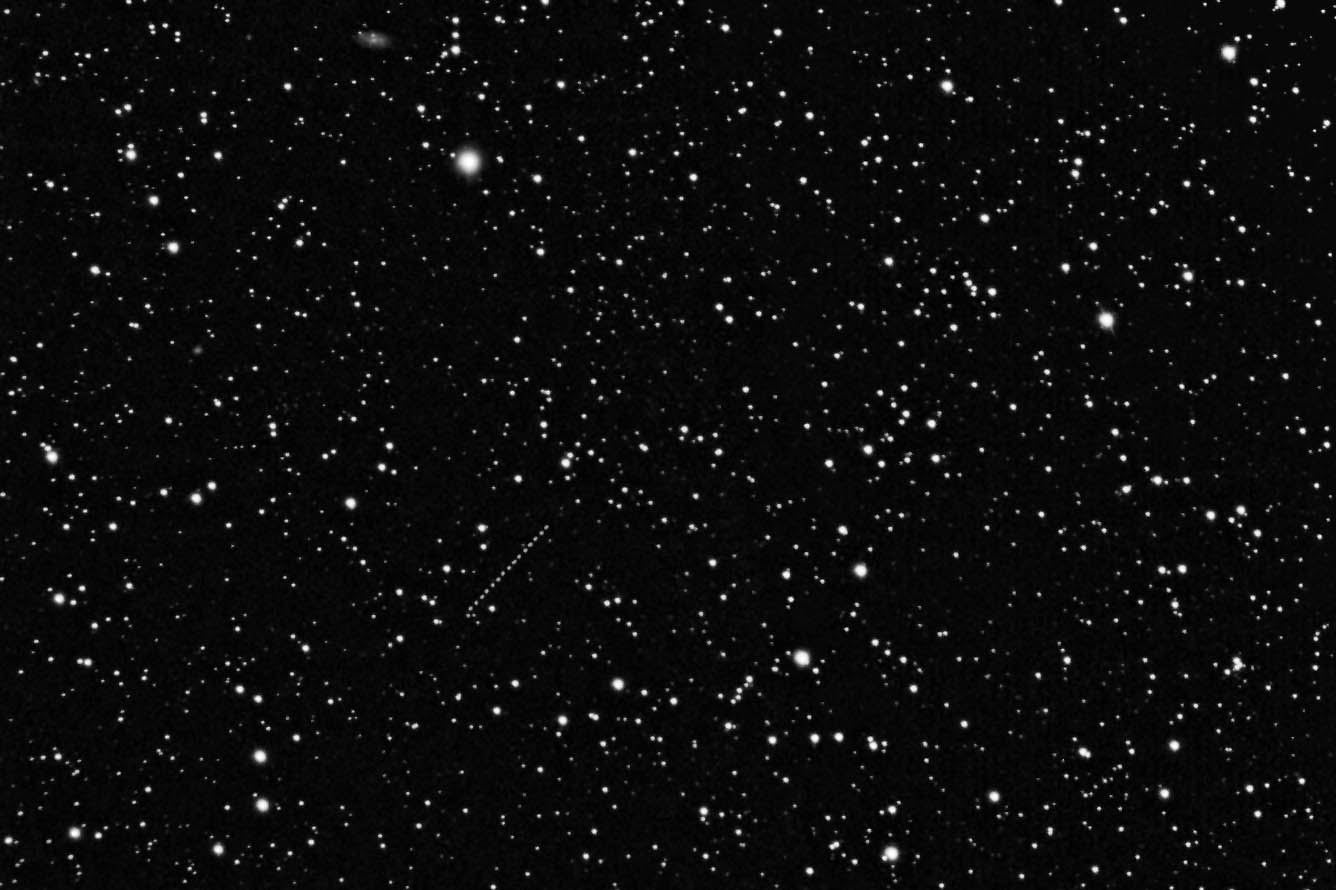