2007 TU24 was making its closest approach to the earth, about 1.4 times further than the moon, when I took this image on January 27, 2008, two days before closest approach. With clouds forecast for the next few days, this was the best I could do. The asteroid was discovered on October 11, 2007. It is estimated to be 250 meters (820 feet) in diameter. It\'s not easy imaging such a small rock at over 350,000 miles. At the time internet trolls were creating web pages claiming it would rain down destruction on the earth. Somehow I missed this horrific event as did everyone else, including these trolls. My image is made from 10 one minute images tracking on the asteroid which was 16th magnitude. It apparently brightened to 10th magnitude (predictions say) but thanks to clouds I can\'t verify this. 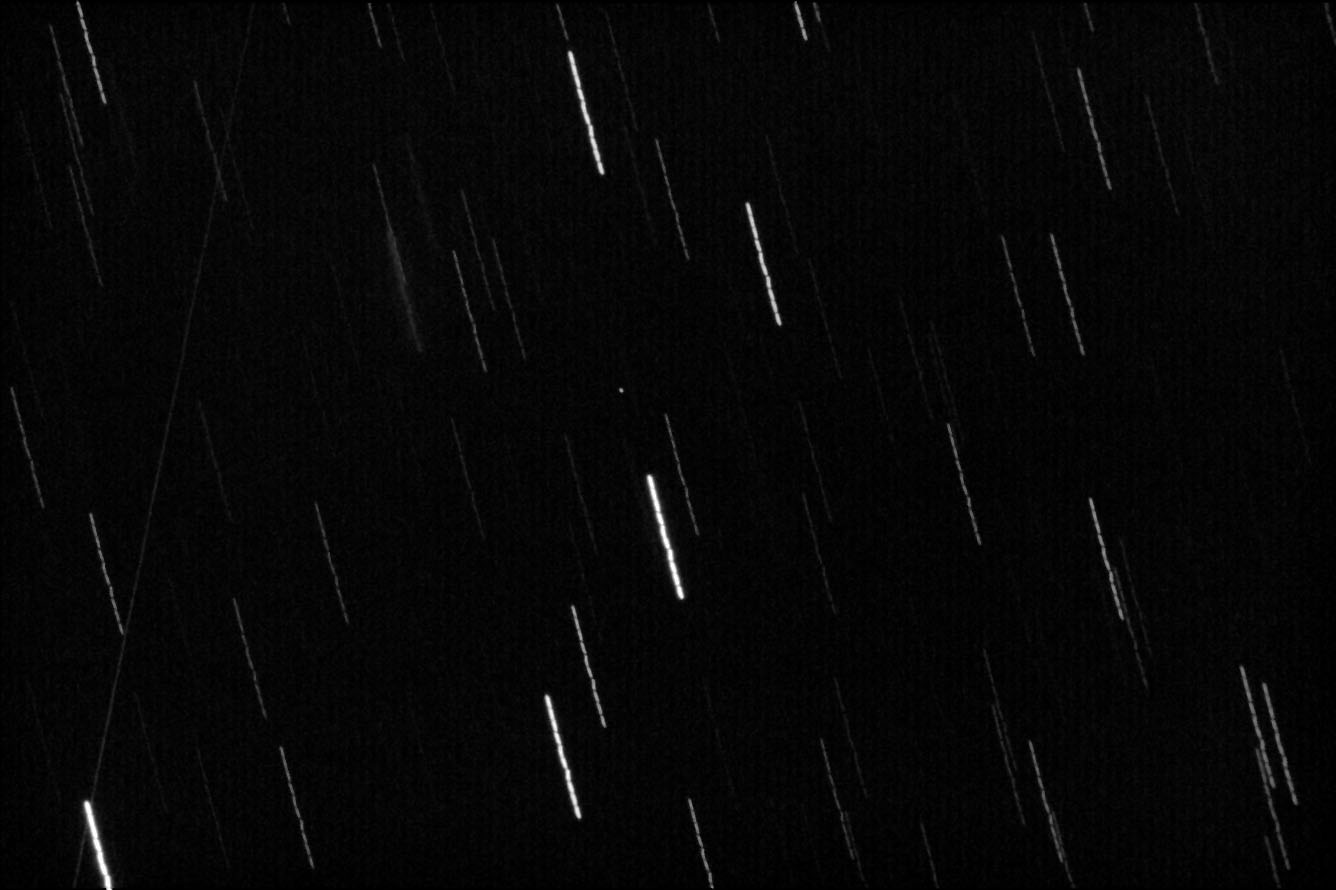