I wanted to get some color data and make a color image but the skies had other ideas. I got the data but it is so poor I didn\'t try to do a color version. This time some bright stars decided to try and steal the show. For such a small comet it is looking pretty good. It should as it was only 0.081AU from us 7.5 million miles. That\'s still about 30 times the distance to the moon. It was .999 AU from the sun, a tad inside our orbit as we are currently 1.012 AU from the sun. It\'s nearness to us gives a rather distorted view of its size. Tails of comets are often millions of miles long but the extent of the tail I picked up is only 2000 miles long as projected onto the sky. Its real length would be longer as we see it foreshortened. I didn\'t work out how much. The icy core of the comet is thought to be about 1 kilometer across or less making it a very small comet.

Now for clear skies Saturday morning to see if it left any 150-200 year old debris for us to run into. I\'ve seen some reports claiming some bright fireballs have been seen coming from its radiant (Camelopardalis). Others claim small comets like this one leave larger but fewer chunks behind so make more fireballs. I have no idea if there\'s anything to this claim. Look tomorrow morning (May 24) about 6 hours UT to dawn and see what happens.

The image was taken binned 3x3 for a 1.5\" per pixel image scale. The gaps in the star-trails are due to the about 5 seconds between image frames needed to feed the data down a slow USB 1.1 data pipe the camera uses. 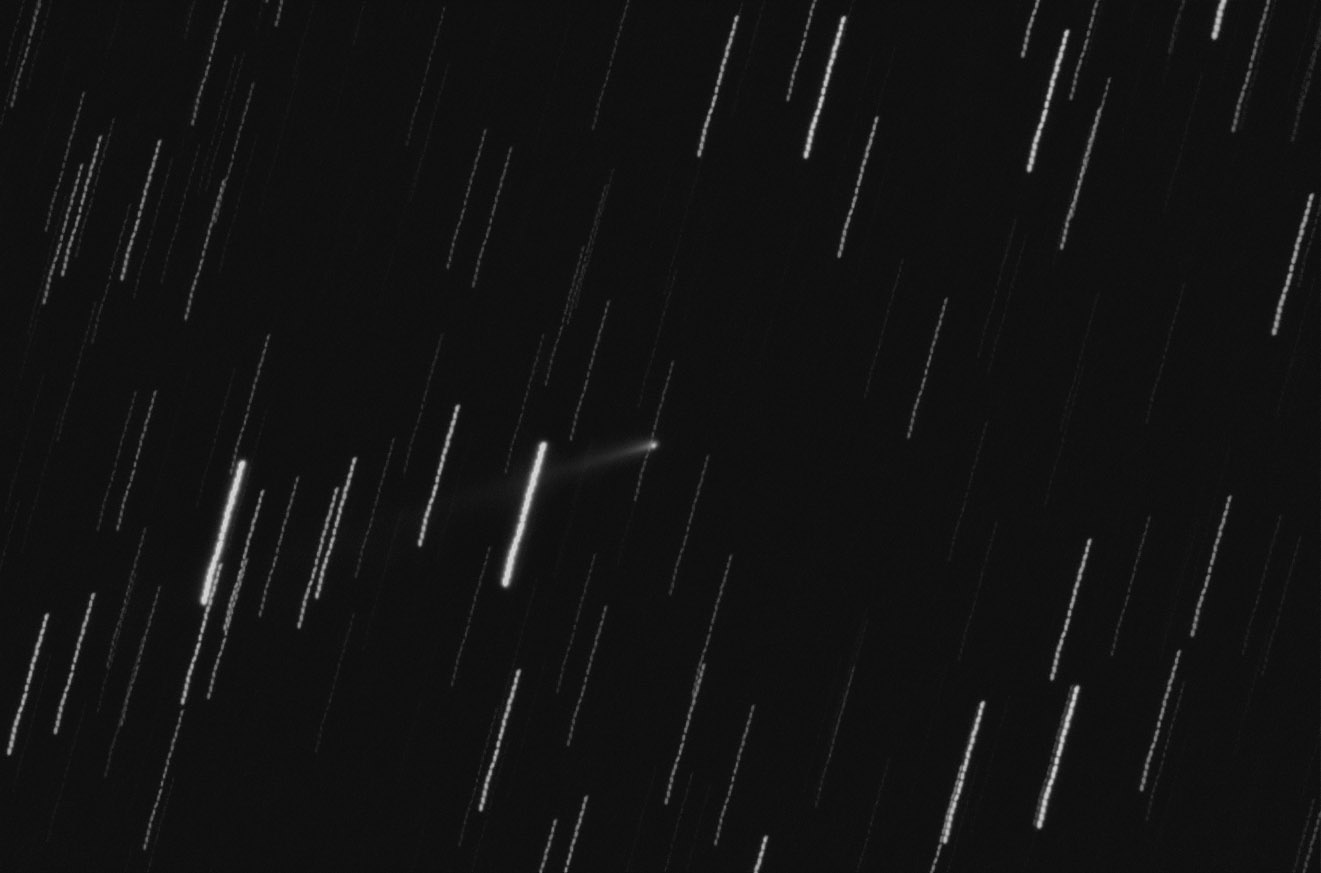