ABELL 370 is a galaxy cluster about 4 billion light-years distant. It is located in the constellation of Cetus the whale about 1.6 degrees south of M77. NED lists it as having a diameter of 11 minutes of arc with less than 50 members. It is famous for a rather bright gravitational arc around near the southernmost of the two brightest galaxies in the cluster. I\'d hoped to pick it up but the night was poor both for transparency and for seeing. So this is one of my failures. I\'ve meant to go back and try again but whenever it has come up seeing or transparency (sometimes both) haven\'t been up to it. Thus it hasn\'t happened as yet. See the HST image at https://www.eso.org/public/images/eso9857c/ which is oriented the same as mine to see what I missed. There\'s a hint of it but not enough to say it isn\'t just noise mixed with other galaxies. The yellow galaxy in the HST image is the bright white one in my image.

The asteroid at the far right of my image with a surprisingly long trail is (16532) 1991 LY listed at magnitude 18.2 but appearing far fainter due to its rapid motion as well as the poor transparency. 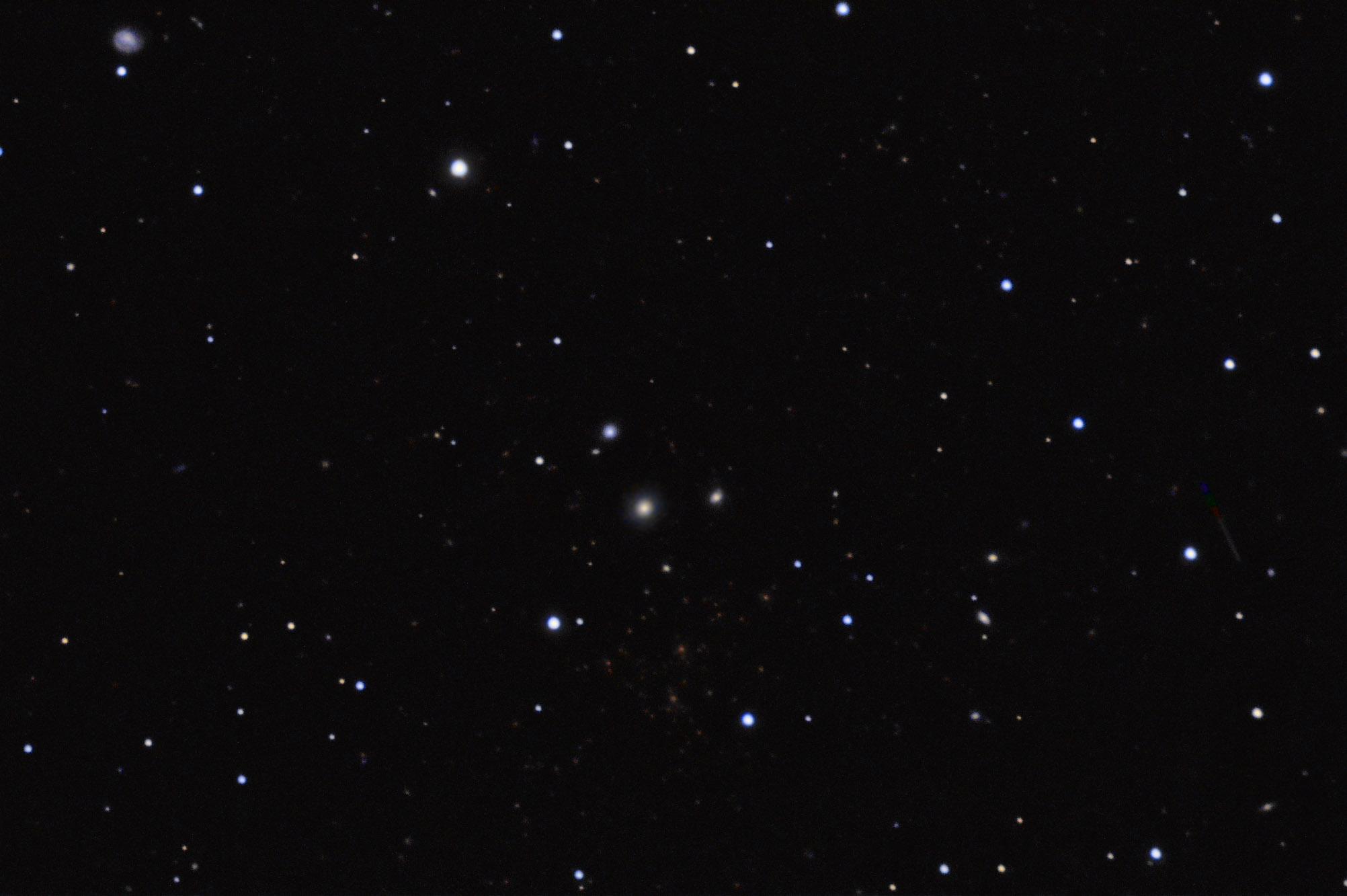