ABELL 2065 is also known as the Corona Borealis Galaxy Cluster. Along with ABELL 2061, 2067, 2079, 2089 and 2092, it is part of the Corona Borealis Supercluster, I\'ve not imaged the others as yet. In fact, this one was an early attempt to check out the capabilities of my system to image distant galaxy clusters at a billion light-years. NED puts this one at .96 billion light-years. As it was just a test I never did collect color data for it. Something I should remedy all these years later. NED lists it as having a diameter of 44 minutes of arc, larger than my field but most of them are concentrated in a much smaller area. It has no galaxy that could be considered a core galaxy for the cluster. It is richness class 2 which indicates it has 50 to 79 galaxies that meet a specific brightness range which is the magnitude of the third brightest member to two magnitudes fainter so is not a real count of all the galaxies but reflects both number and how even they are in brightness. 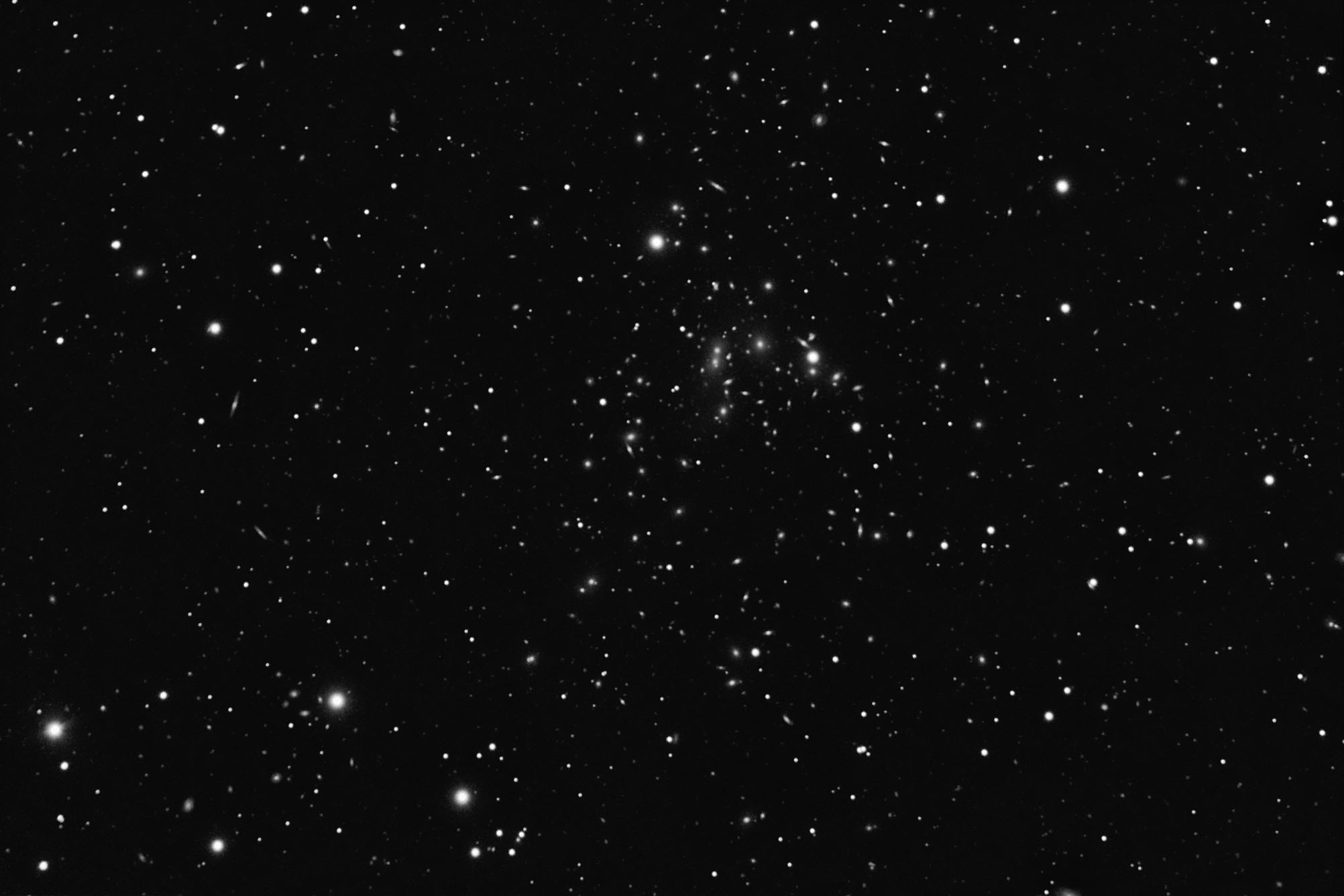