Abell 2197 is a moderately condensed galaxy cluster containing over 50 galaxies, most \"big and bright\" at least compared to most Abell clusters. It too is too large for my field but I was able to capture much of it. It is about 420 million light-years from our galaxy and located in Hercules, just not THE Hercules Galaxy cluster which is Abel 2151. The cluster is rather linear in nature with two widely spaced large elliptical cD galaxies, each the center of a portion of the cluster designated as Abell 2197E and 2197W.

NGC 6160 anchors the western half of the cluster. Interestingly the two rather bright galaxies nearest it belong to a group about 3 times further away so are not members of the cluster. NGC 6163 anchors the eastern half. Besides being a cD elliptical it houses an AGN. Likely its massive black hole is still feeding.

I\'ve labeled all galaxies with redshift data that are likely cluster members. Since, as members of the cluster, they are all about the same distance -- a bit over 400 million light-years -- I\'ve not noted distance as I usually do. Those listed only in catalogs that list them only in terms of sky coordinates (SDSS, 2MASS etc.) are simply noted as ACM for Abell Cluster Member. Otherwise, the labels would be difficult to fit on due to length. Galaxies and quasars (UvES objects are quasar candidates) are labeled by type (G for galaxy etc.) and distance in billions of light-years using NED\'s 5 year WMAP calculations for light travel distance. Labels are immediately right of the object unless a line connects the object and label.

There\'s a major problem with NGC 6174. Is it III Zw 082 or IV Zw 063? NED says the latter but notes Identification as NGC 6174 is very uncertain.\" But makes no remarks about III Zw 082 also being a candidate for that galaxy. The NGC project has extensive notes on it that are quite interesting. It prefers III Zw 082 as being NGC 6174. Their explanation is too long to include here. There\'s no direct link, unfortunately. Go to http://www.ngcicproject.org/dss/dss_n6100.asp and then scroll down to the button for NGC 6174 and click it (not the picture). Then scroll down to Historical Research Notes. This shows the problem with visual astronomy. Problems of this sort happened all too often with the NGC and other catalogs.

Between the two NGC 6174 candidates and down a bit is a cluster galaxy I labeled ACM Plume. It appears to be a dwarf member of the cluster with a huge plume. It is known only as SDSS J162937.03+405054.0. NED has nothing on it to help with the plume. It has obviously interacted with some other cluster galaxy. Was it the huge cD NGC 6173 or some other smaller galaxy? 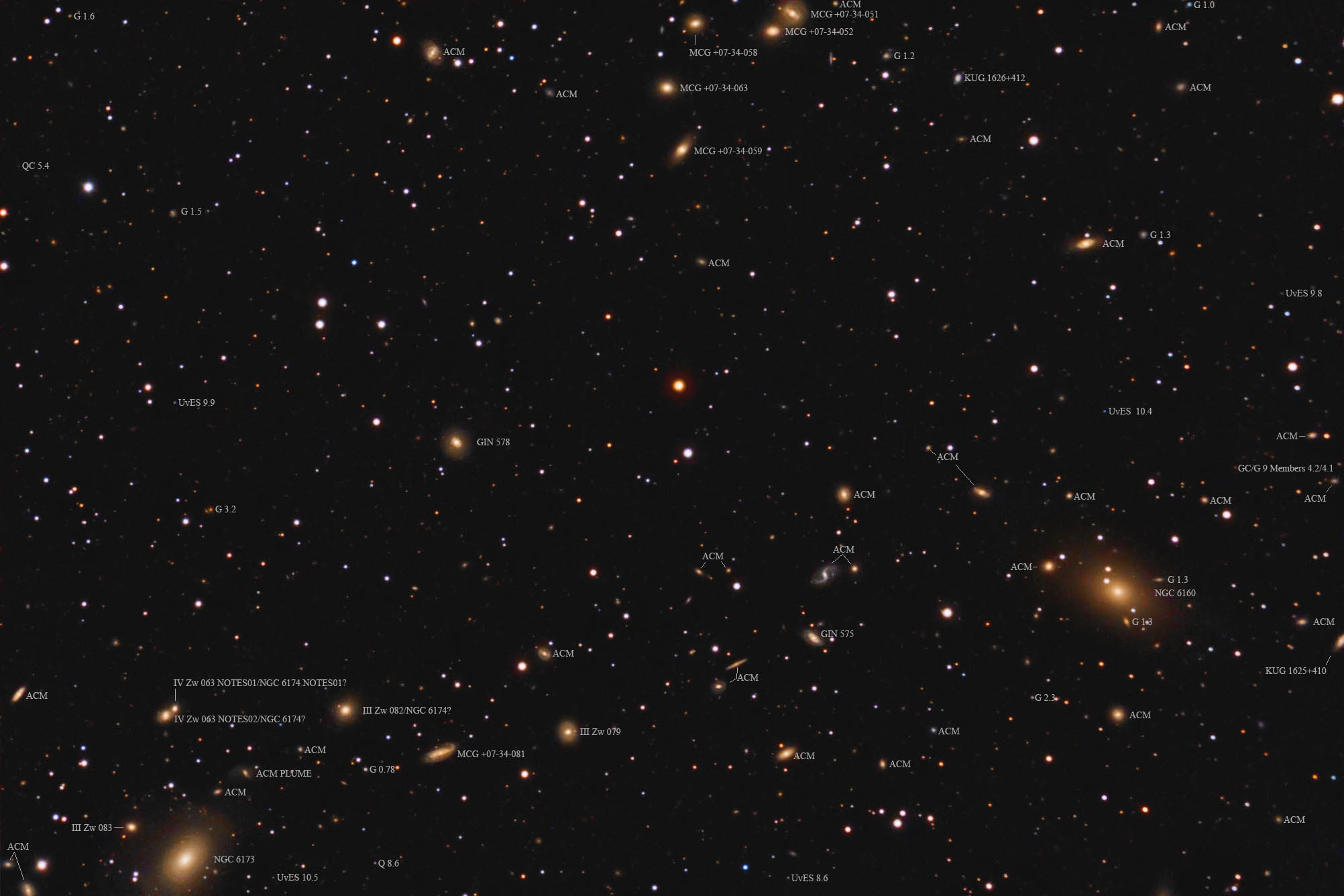 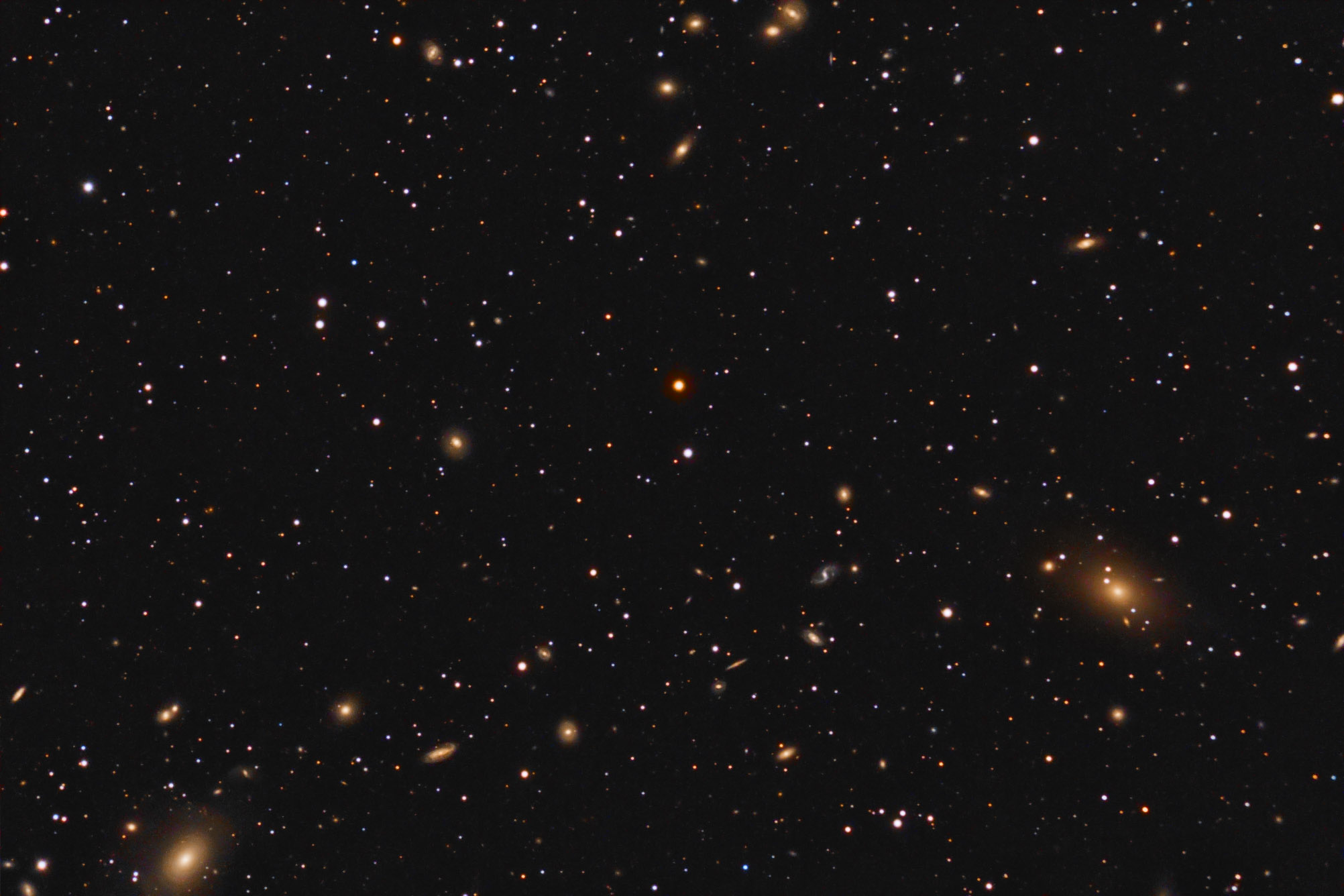