The Abell Galaxy cluster #2256 is the Abell cluster closest to the celestial pole at a declination of 78 degrees 43 minutes. I expect that is what drew it to my attention, that and it is a rather rich cluster. It is located east of the bowl of the Little Dipper, Ursa Minor. NED lists its redshift distant as about 770 million light-years and gives it a diameter of 140 minutes, far larger than my field of view which is centered on the core region. The cluster is listed as having 86 members and being class II-III using the BM classification system. Class BM II means it has several bright galaxies that are between cD and gE classification and BM III has no dominant galaxy. In this case it has many scattered galaxies meeting the BM II classification but they don\'t really define a core region.

NED lists over 200 galaxies with a redshift that makes them likely candidates for the cluster. Too many for me to annotate without so filling the image with text that would be very difficult to decipher. Instead I\'ve only annotated those obviously too distant to be members. That\'s not very many. So nearly all the bright galaxies in the image are likely members of the cluster.

I\'ve also labeled the few galaxies with common catalog designations from the NGC, UGC, CGCG etc. NGC 6331 is listed by NED as being the southernmost of three galaxies in a common halo. Seligman says it is the one above and to the right. Other sources list the bottom two and sometimes all three as NGC 6331. The three are also CGCG 355-024. That catalog lists it as a triple. So you are free to see this one as you wish; one, two or three galaxies. Whichever it is, I vote for at least the lower two, it was discovered by William Herschel on December 20, 1797.

Note that many of the ellipticals in this area share their halos with other members of the cluster indicating lots of interaction is going on in this group. I pushed the low levels hard to bring out these faint halos with my short exposure time. I hope I didn\'t create serious artifacts by doing so. Makes me wonder if, given enough time, this region will become one mega elliptical galaxy.

In the upper left corner is a red K2 star (seems too red for that spectral class), in its glow to the northwest is a possible galaxy. Interestingly it doesn\'t show in the POSS II plates nor in the Sloan Survey images being lost in the glare of the star. Yet it is quite obvious in my image. There\'s a hint of it in the POSS 1 blue plate as an out of round lump in the correct position. NED lists nothing at that position. I think it is real, just that all surveys to date aren\'t seeing it for the glare of the 8.5 magnitude K2 star, SAO 8727. 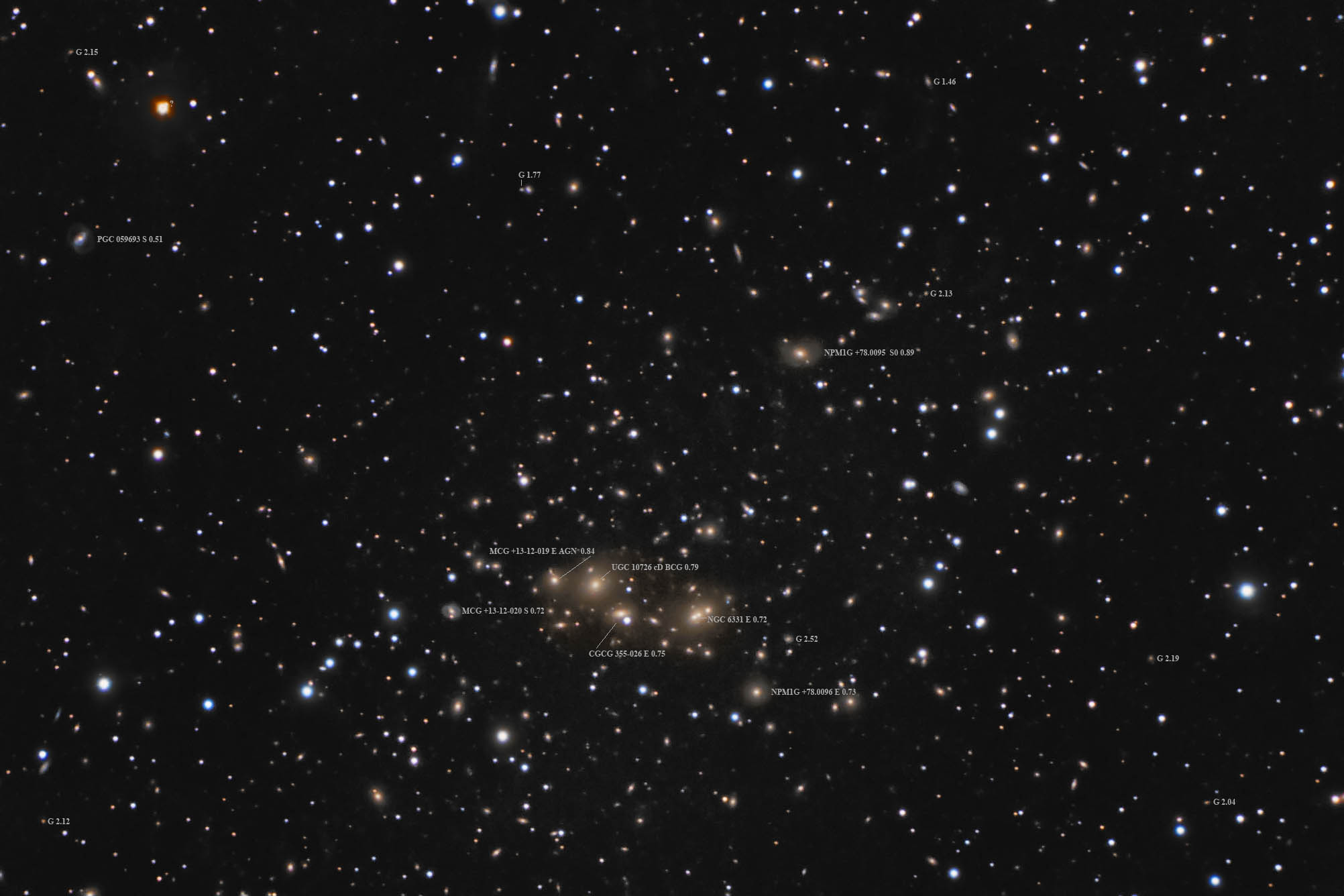 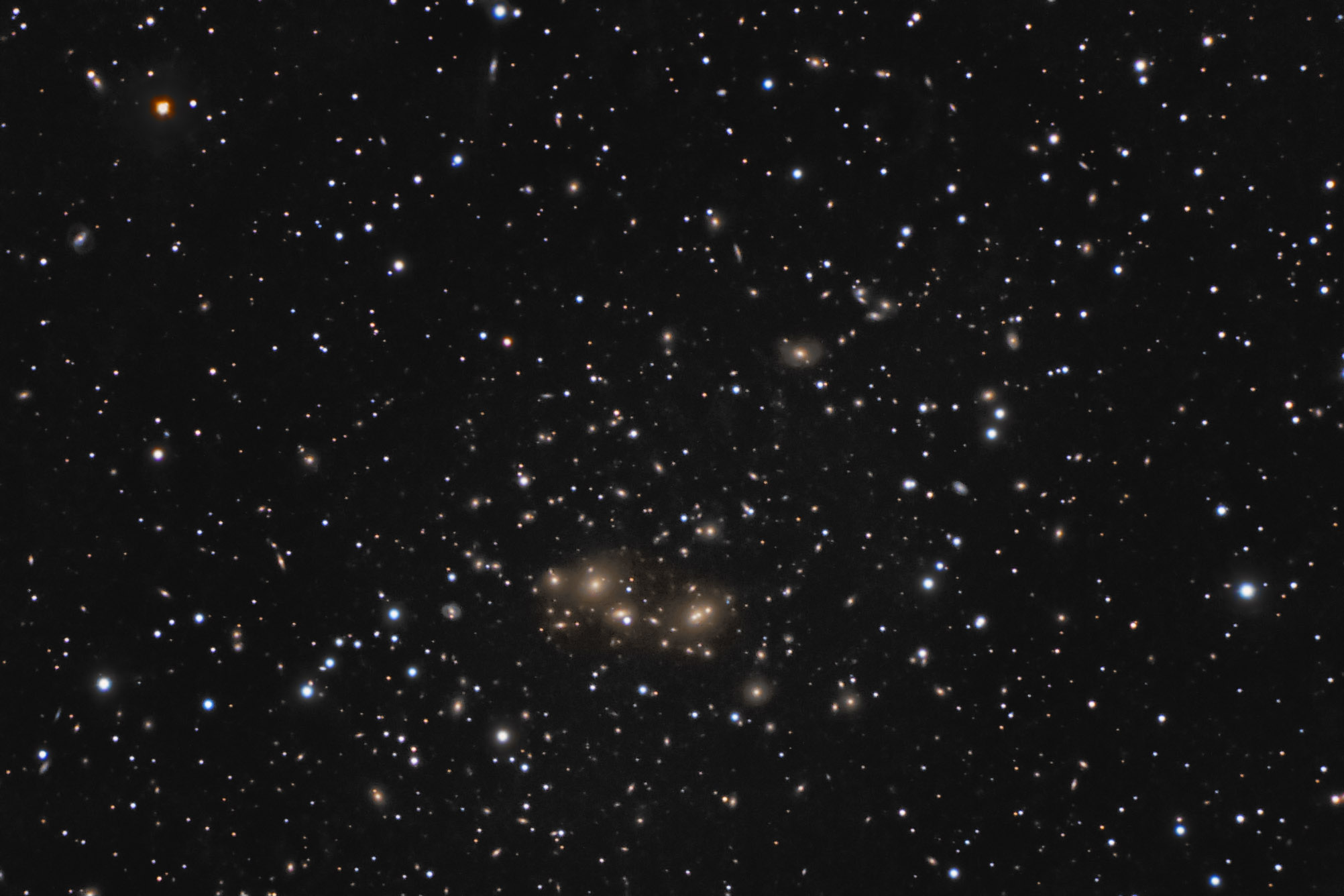