Dwarf galaxy Andromeda VI is the faint grainy smudge in the center. It orbits the famous Andromeda galaxy Seeing these very star poor galaxies around our own galaxy is difficult, seeing them around other galaxies is more difficult. Thanks to all the clouds this fall I was only able to get 40 minutes of luminosity data on this one. I\'d planned on 3 to 4 hours. Clouds never let that happen. As it is now moving to where my sky is very foggy at night I won\'t be able to try for more data until next year. I realized this last month and processed what I had so far then forgotten about it until last night when I was cleaning out the hard drive of unneeded files and moving others that are not needed for now over to the two external terabyte drives. With longer exposure time I should be able to bring out individual stars in this guy. For now, it only shows a grainy hint of resolution. This guy was only discovered in 1998, this is how faint it is! It is made up of only very old stars. Only very dim stars can live this long so it contains no stars brighter than about 22 magnitude. I need more than 40 minutes to bring out such faint stars and better seeing than I had the night I took this shot. Old stars are yellow to red in color making for a rather dingy colored galaxy. There are many distant galaxies in this photo. They are hundreds of millions of light years away to a billion or so. Andromeda VI is only about 2,700 thousand light years away. About the same as M31 that it orbits. 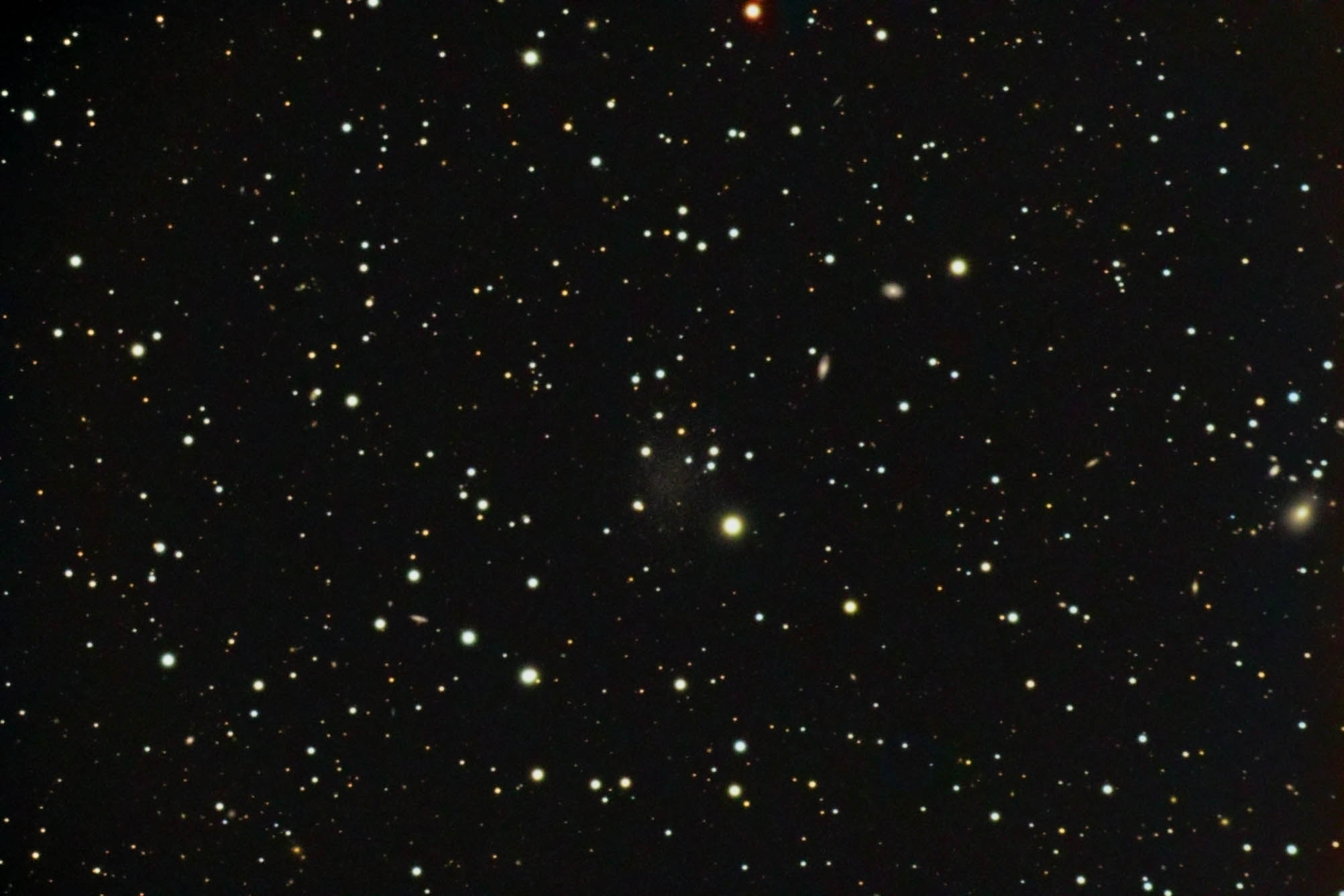 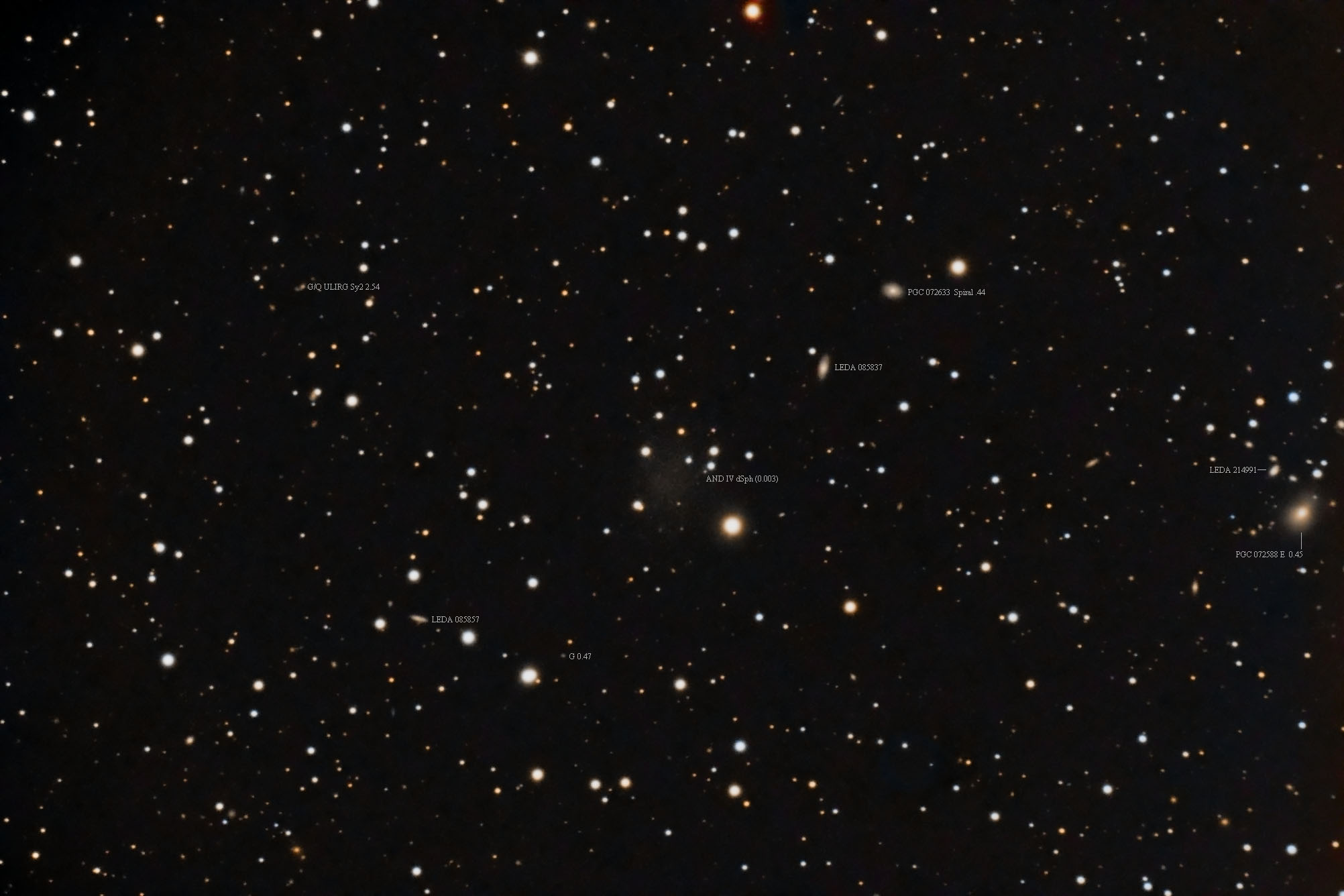