The description for B 15 is more complete: \"Elliptical; diameter 15\' x 10\' slightly NW and SE. One of the finest examples of a dark object seen against the ordinary sky and away from the Milky Way. The background on which the stars shine is uniform over the entire plate. The object is in a region somewhat larger than itself, where there are relatively few stars, and is black by contrast with the sky alone. It clearly shows the presence of a feeble uniform luminosity in space which, from the appearance of similar objects in widely different parts of the sky, leads to the belief that this feeble illumination of distant space is universal. If this object were seen against the star clouds of the Milky Way it would appear strikingly black.\" These come from the catalog as published by The Delaware Valley Amateur Astronomers found at: http://www.dvaa.org/AData/Barnard.html which I\'ve found useful for Barnard\'s objects.

I found no good estimate of its distance. One site says that the major dark nebula in Perseus are about 1150 light-years but nothing specific for this object.

The area in which the dark nebula is embedded is not all that bright. With normal processing, the background was only about one third brighter than normal making the image rather dark and foreboding. That might be good but some monitors that can\'t go down into the dark very well may have trouble separating nebula from the background. So I raised the background to a higher level than normal for my images. 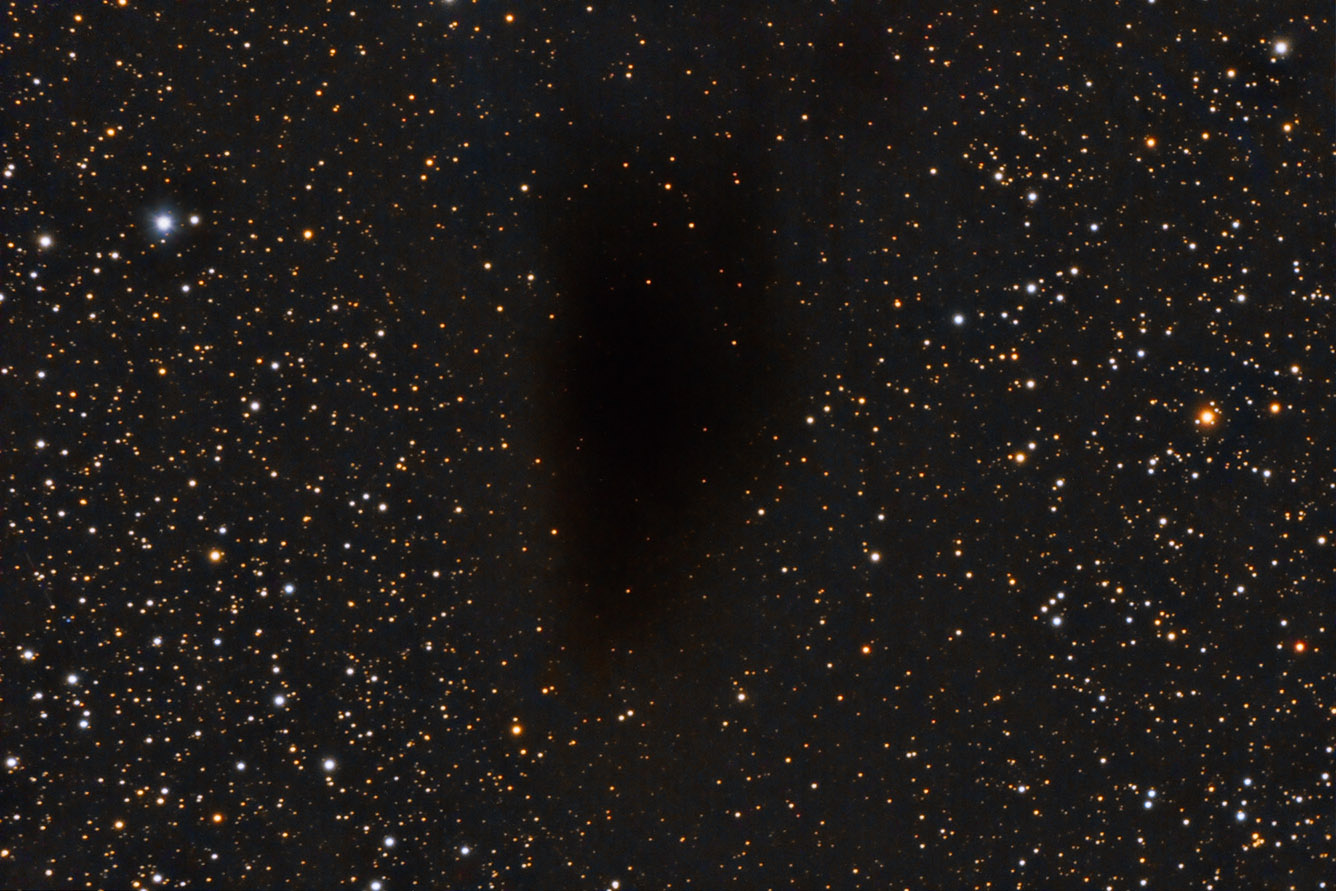