Barnard 29 was described by Barnard as \"Round; indefinite.\" It seems quite definite in my image. It appears surrounded by a ring of brighter material which fades away with a somewhat indefinite edge. Though I doubt that is what Barnard was referring to. Could this brighter edge be due to dust thickening before suddenly becoming opaque? Note some very red stars at the very edge of this other type of \"Black Hole.\" It is considered a level 6 dark nebula, the highest opacity category. It certainly is dark. While I stretched the image normally the core of the cluster is nearly black rather than my usual 15 out of 256 levels. The background of unresolved stars that give my background a low light level is obscured by the dust creating the very black void. It really does appear to be a hole in the sky as some early observers believed these molecular clouds to be. I couldn\'t find a distance for this nebula.

While most Barnard Dark Nebulae are reproduced at 1.5\" per pixel, this one is at my normal 1\" per pixel resolution. 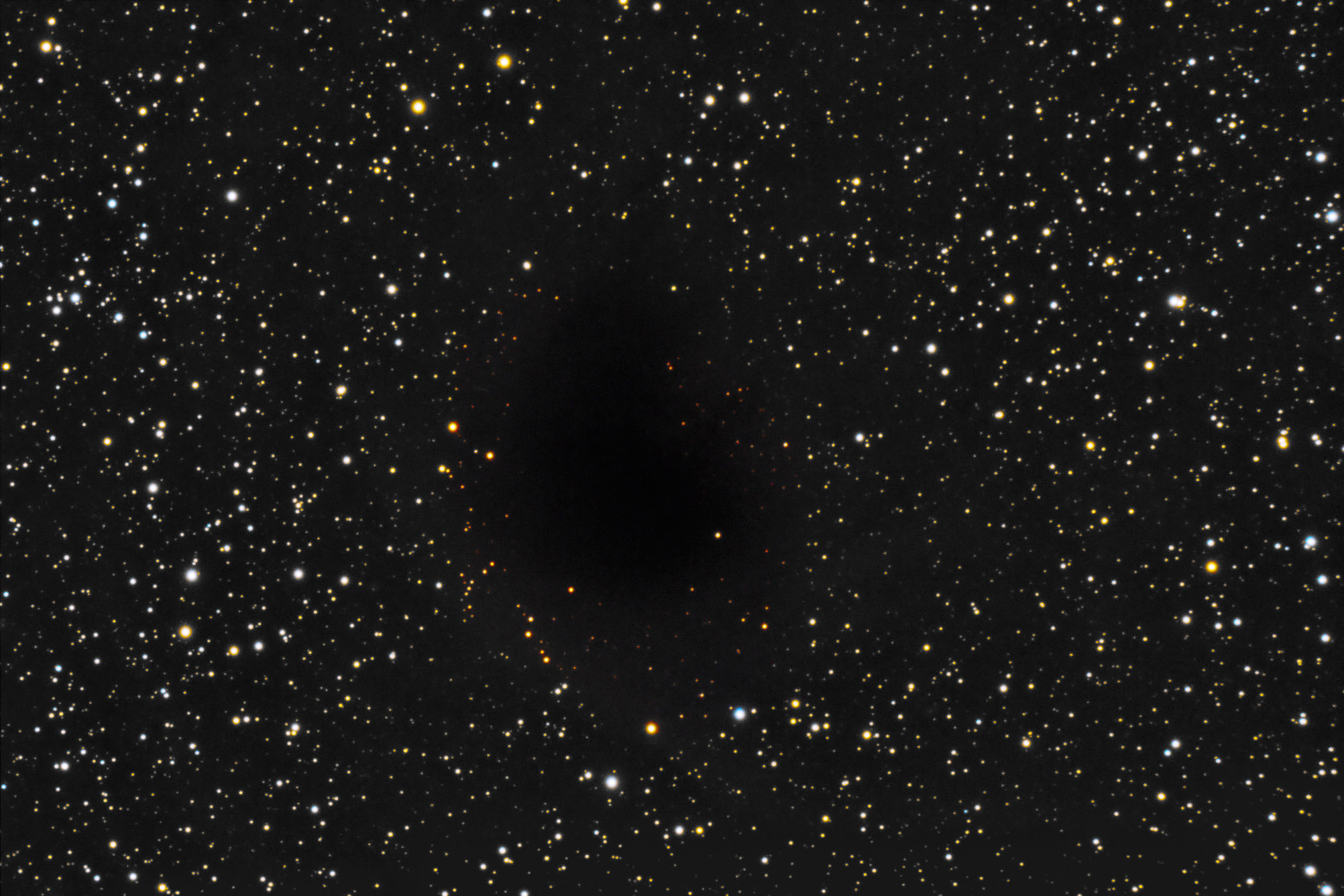