GN 05.42.6 is a rather yellow reflection nebula around the pre-main sequence star FU Orionis. The star is spectral type G3Iav so is a mostly white star with a tinge of yellow. Apparently, its light is further reddened by dust to make the reflection nebula very yellow to red in color. The complex is buried in the large arc-shaped cloud Barnard 35. My FOV, when centered on FU Orionis, missed much of the arc\'s northern part but does capture the apex of the arc\'s far western extent. Some claim the cloud is shaped by Lamda Orionis about 2.5 degrees to the west. I find Lamda to be about 1055 light-years from us by Hipparcos data. That would put the nebula over 40 light-years from it at a minimum. O8 stars are powerful but are they that powerful? Maybe as there seems to be nothing else closer with the energy to do the trick and the H alpha emission is on the Lamda side. The H alpha nebula is also known as CED 59.

The arc itself is LBN 878 best I can determine. The dark clouds at the apex may be LDN 1594. Since Barnard nebulae are dark I\'m not sure what his entry refers to. Its published coordinates 05h 45.5m +09°03\' points to a rather bright area two minutes southeast of FU Orionis.

FU Orionis shined at magnitude 16.5 for most of telescopic history. Then in 1937 it suddenly brightened to magnitude 9.5. Since then it has slowly brightened to 8.99. I found nothing on the reflection nebula. I don\'t know if it existed before the brightening or not. I\'ll assume it likely wasn\'t visible. It might be a 1937 version of McNeil\'s Nebula. That appeared at the same time as its illuminating star. The nebulae around FU Orionis stars tend to be variable. I\'ve not revisited this one to see if it has changed. Looking at the POSS plates from decades ago I see no obvious change so suspect this one is currently rather stable.

Conditions were very poor the night I took this image. The color data was very hard hit, especially the red frames. While the color of FU Orionis is a good match to its spectral type the faint nebulosity was down in the noise level due to clouds so highly suspect. I need to revisit this one. Preferably with a scope that can capture more of the arc. 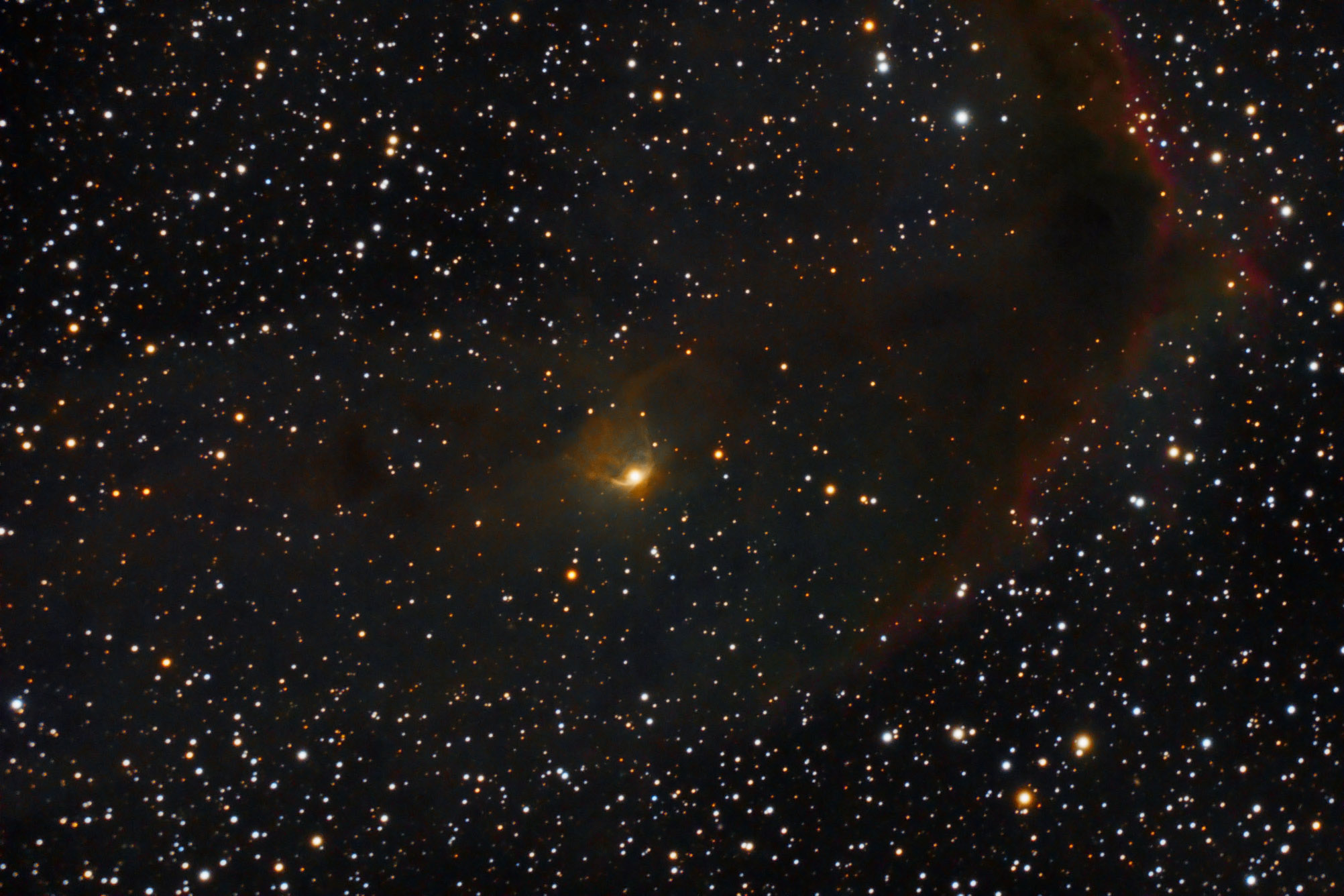