Barnard 72, the Snake or S nebula, is likely the second most famous Barnard dark nebula after B33 the Horsehead Nebula. It is listed as opacity class 6, the most obscured level. Though that appears to apply only to patches of it. Unfortunately at -23 degrees it lies somewhat below my observatory wall. Seeing this low is terrible. Between these two issues, I never attempted it before. But we had a night of horrid transparency but super seeing. Unfortunately, all my targets were faint and not coming through the gunk. I seem to have a corollary to the uncertainty principle that says the better the seeing the worse the transparency. In this case, severe smoke from Canadian fires 1000 km away was blanking the sky. It was sucking all blue as well but made for great seeing. Thus I decided to give B72 a chance as nothing else I needed was possible. Also, low in the southern sky, the smoke was much thinner yet seeing still good. Well, as good as possible this low in the sky with part of my objective blocked by the observatory wall.

When I started taking red data the observatory wall blocked well over 67% the objective. By the end of the blue data, I was only about 33% obstructed. This helped counteract the blue lost to smoke. Still, color balance across the image varied greatly depending on smoke clouds. Thus the color is so highly suspect I probably should have done this only in luminance. By the time the luminance was taken due to the angle the observatory sits the objective obstruction went from about 33% to about 10% just as it went into the Meridian Tree. So between the smoke and observatory wall, I\'m surprised I got anything. I knew it was bad but didn\'t check it out until the light of day to see what the obstruction was looking in an eyepiece port via a flip mirror. I was rather horrified by the extent of the obstruction. I\'m glad I\'d already looked at the subs as otherwise, I\'d likely have not given them a look. I\'m amazed by what I got even with the obstruction. I did have to do a lot of work to reduce diffraction issues caused by the wall.

While the thousands of Milky Way stars lie mostly a thousand or more light-years from us, the cloud of mostly carbon compounds that make up the part of the nebula blocking starlight is only about 650 light-years distant. Of course, the main ingredient of the cloud is transparent cold hydrogen gas that can be detected only by radio telescopes. The nebula\'s temperature is near absolute zero which allows parts of it to collapse and form new stars.

One asteroid is in the image toward the left side a bit below the centerline on the right edge of the left side of the dark nebula. It is (3891) Werner. Here\'s the naming citation:
\"(3891) Werner = 1981 EY31
\"Named in honor of Robert A. Werner, graduate student in aerospace engineering at the University of Texas at Austin. Werner\'s dissertation work on \"Polyhedron Gravitation\" has direct application to the problem of calculating orbits around small irregularly shaped objects such as minor planets. For the past eleven years, Werner has also served as the typesetter and producer of the Minor Planet Bulletin, an activity which has fostered scientific interactions on minor planet research between professional and amateur astronomers. Name suggested and citation prepared by R. P. Binzel.\"

So why did I take such a famous object as the Snake Nebula? For one I was surprised to find I never took it even in my film days except with a 35mm lens on a 35mm SLR camera back in the 1960\'s as part of a wide field shot of the summer Milky Way. It didn\'t turn out very good due to lots of green airglow. Many have asked me to take it but I always gave the excuse it was too low. But suddenly there was this super night, best by far of the year. The only part of the sky the smoke allowed me to look at was very low to the south where it was. The smoke soon even covered this part of the sky killing a super night. I spent more time than I should have cleaning it up but I think the effort was worth it. 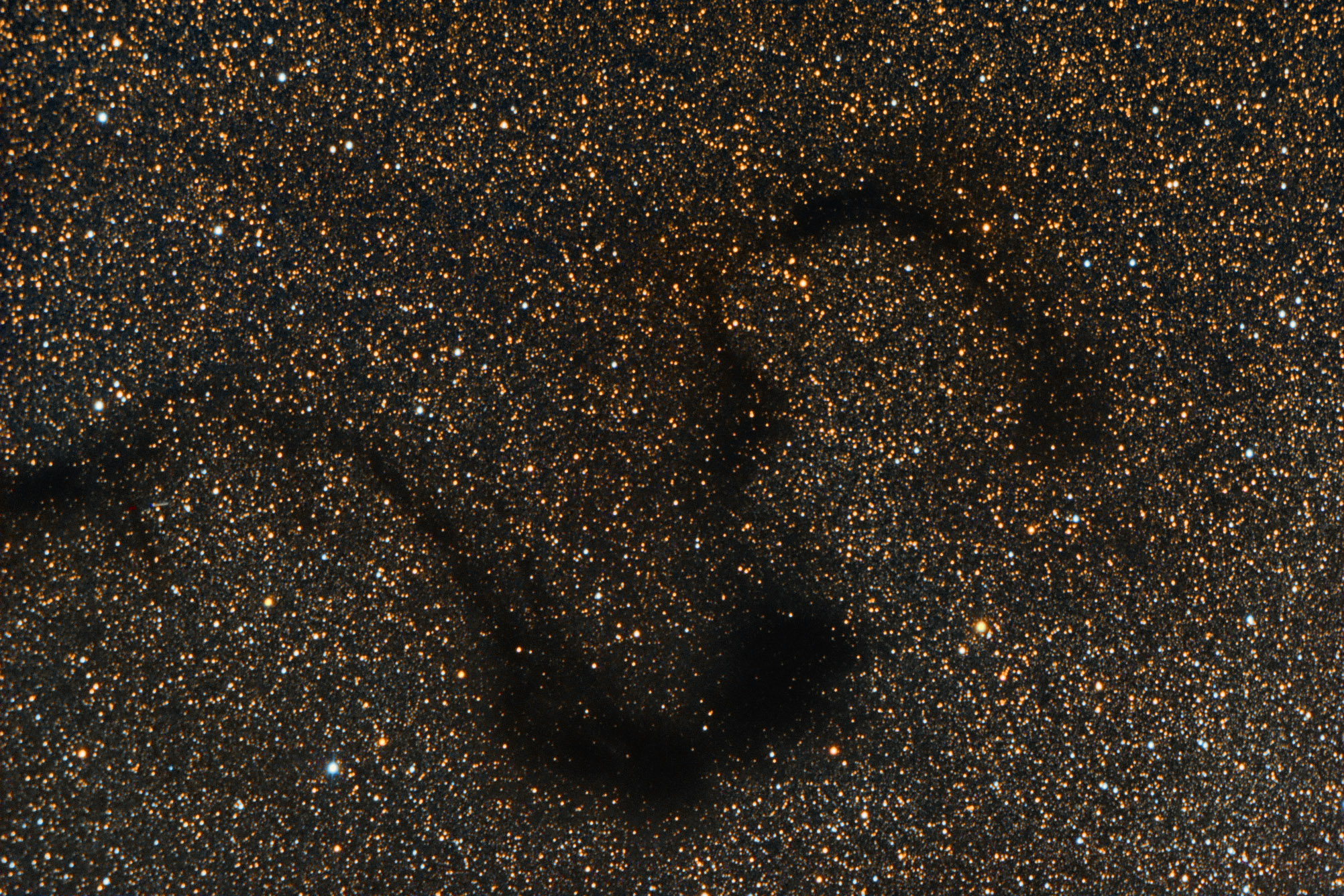