Barnard 95/LDN 406 is a dark nebula in western Scutum about 2.6 degrees northeast of M16. That puts it rather low in my skies. I need a very good night to work this low. Seeing and transparency are usually poor at this low altitude. This was one of the very few good nights I had in 2013. While most sites say the distance to dark nebulae in Scutum is about 650 light-years the one paper I found giving a distance to it says 400 parsecs which would be twice that distance or 1300 light-years. http://cdsbib.u-strasbg.fr/cgi-bin/cdsbib?1995A%26AS..113..325H

There\'s one asteroid in my image. It is in the lower left quadrant and rather lost among all the stars but does show up as a rather bright short line angled upward to the right. It is (99252) 2001 LJ1 at magnitude 17.2. I doubt I\'d have noticed a typical magnitude 19 asteroid I usually pick up. While this was a good night for 2013 the variations in the asteroid trail show sky conditions varied through the exposures for the L frames with the last two being less transparent than the first two and likely through the color frames as well.

Due to moon rise limiting my imaging time I only used three luminance frames for this image. I should have eliminated a green frame rather than the luminance frame but wasn\'t thinking when I set up the script for this one. 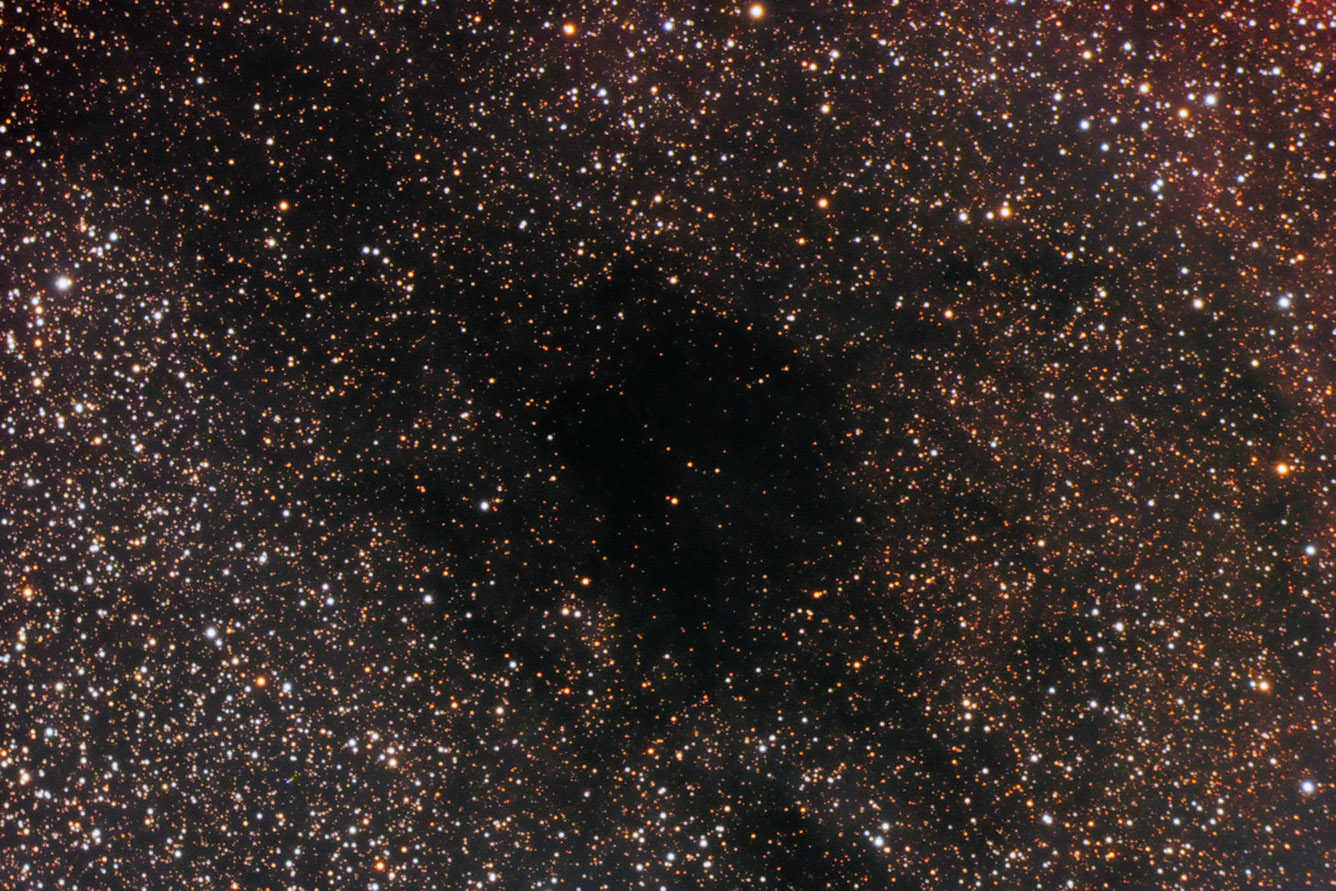