Barnard 104 is a dark nebula in Scutum less than a degree northwest of Barnard 107 and 13 minutes north of Beta Scuti. There was a nasty glow from a 4th magnitude star south of the dark nebula (top of the picture). I\'ve pretty well removed it but some of the glow at the top may still be due to the star. Hard to tell what is real and what is glare. Normally I post my images with north at the top. Since this dark nebula looks like an upside down \"7\" I am posting it with south up so the \"7\" is oriented like the numeral. I found one paper putting it at 200 parsecs (650 light-years), half the distance of nearby Barnard 110. It is considered to be a Bok globule. 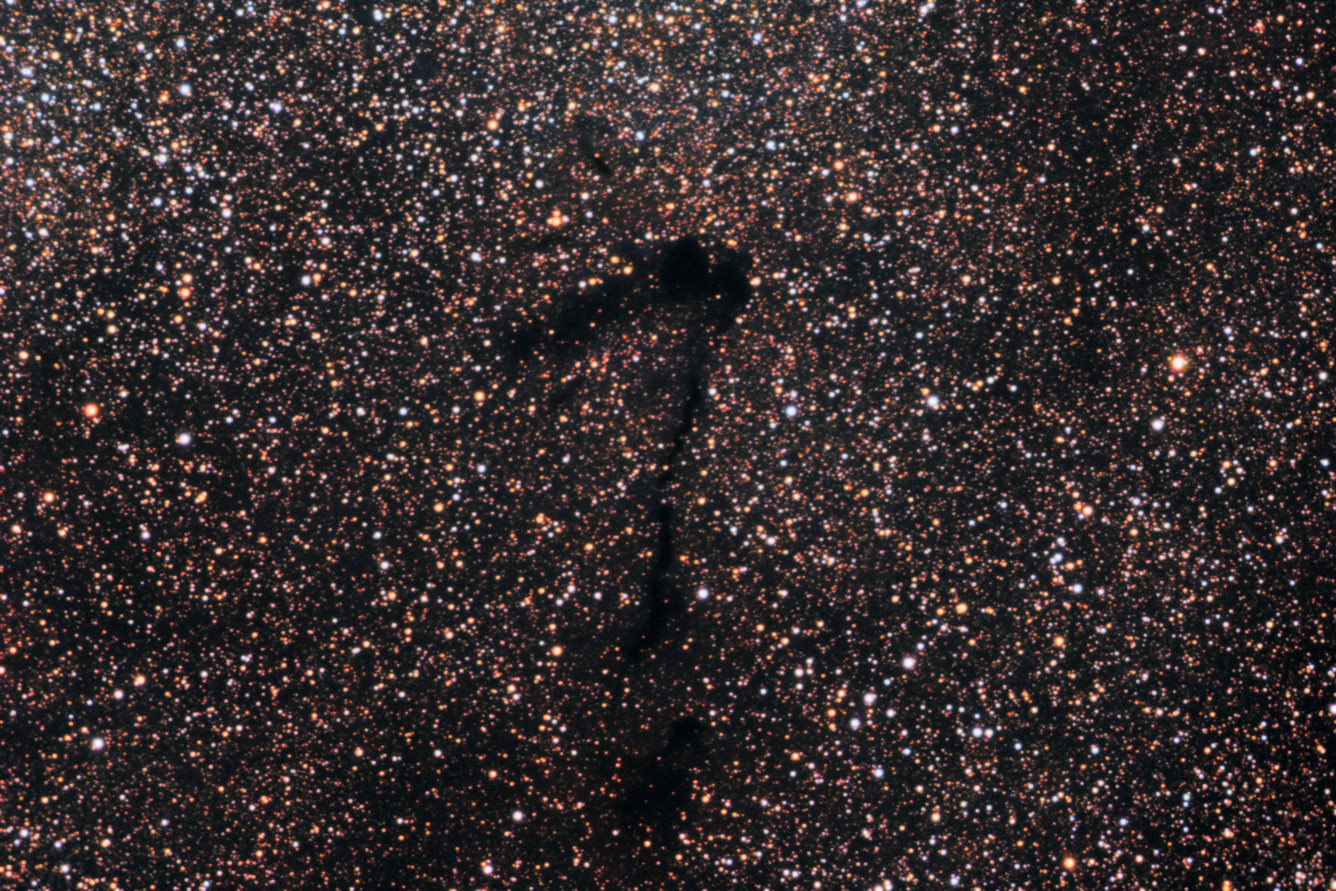