Barnard 105/LDN 506 is a small, dark nebula less than one minute of arc across located one degree southwest of M 11 in Scutum. I find virtually nothing on it. A general estimate of the typical distance to Scutum dark nebula is about 650 light-years. I have no idea if that is accurate in this case. The bright star on the southwest edge is BD -7 4710 a 9th magnitude star. To the west (right) of Barnard 105 is the very small, 7 second of arc, blue planetary nebula PK 026-02.1 (Pe 1-16). A 1984 paper puts its distance at 1,200 parsecs (3,900 light-years) http://articles.adsabs.harvard.edu/cgi-bin/nph-iarticle_query?1984A%26AS...55..253M&data_type=PDF_HIGH&whole_paper=YES&type=PRINTER&filetype=.pdf . I couldn\'t find a more recent distance estimate. It seems to contain two white stars neither at the center. They likely mask the true central star. I hadn\'t realized it was in the frame until I processed the image and wondered why that blue \"star\" was a blob far larger than it should have been. A check of SIMBAD turned up it was a planetary nebula.

It is located just about 5 minutes of arc north of the center of the Geostationary Satellite Belt. Thus put dozens of satellite trails running horizontally though the image plus one polar satellite trail that was very bright through the image. With only 2 subs for each color, they had to be removed manually in Photoshop. Not a fun task with several dozen to remove. Some very faint ones remain but you have to look very carefully to find them. After the work to remove the major ones over several hours I just gave up on the faintest ones.

According to RegiStar there are 27,223 clearly identifiable stars in the image in case you were wondering. 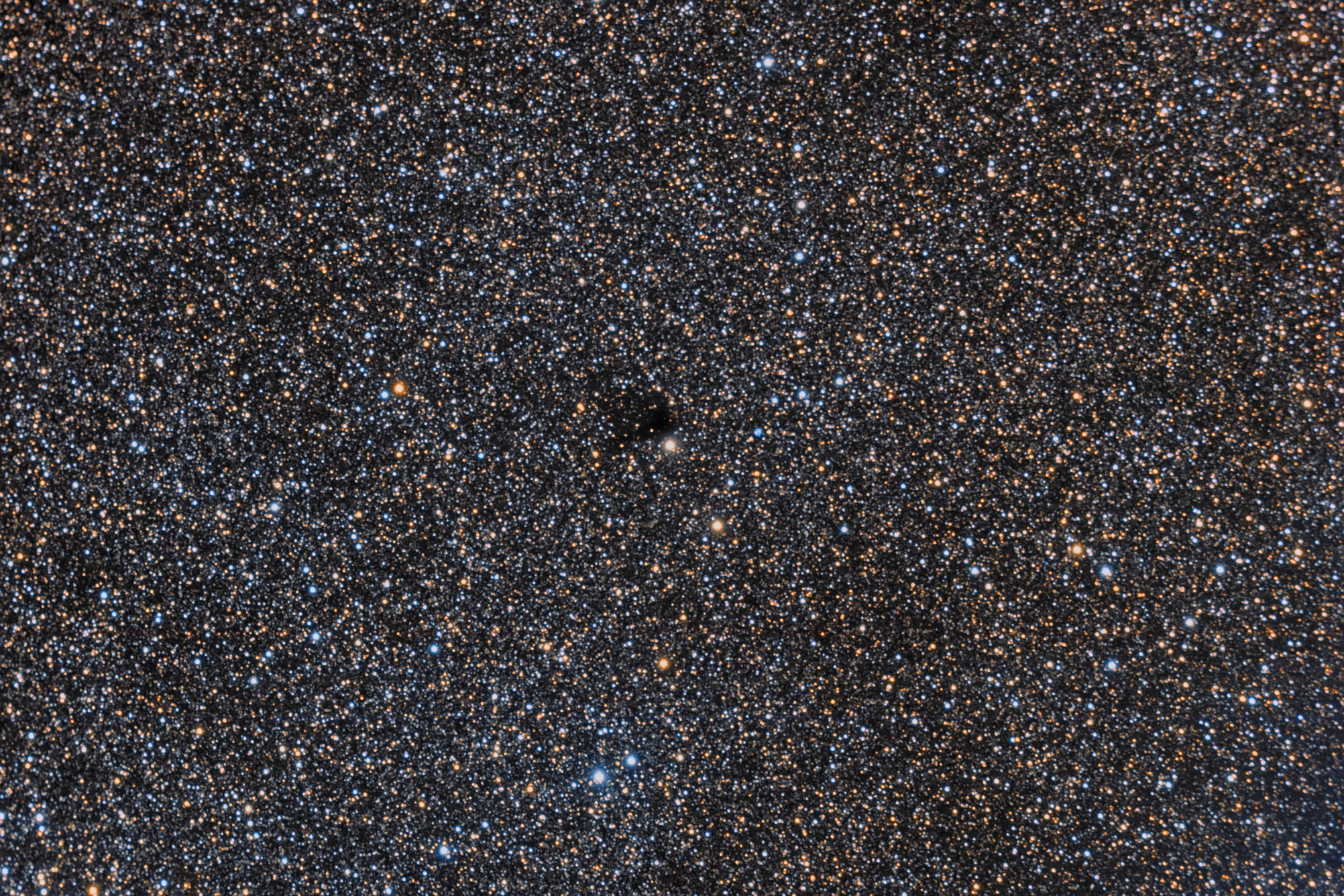 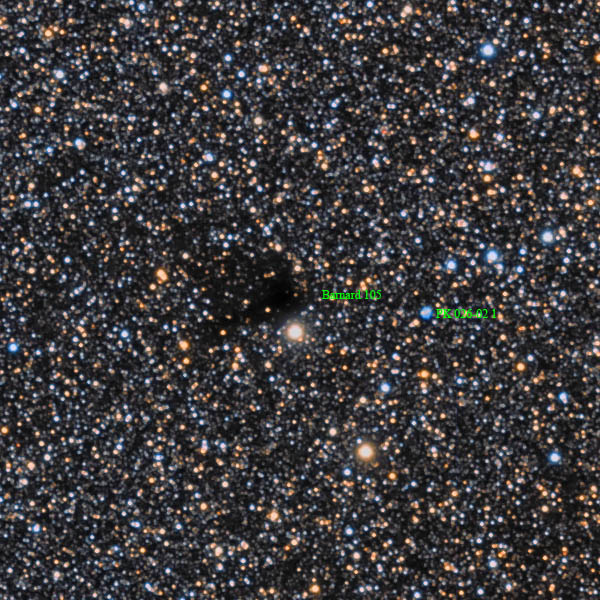