Barnard 106 is the smallest dark cloud right and below center. Barnard 107 is in the center. Barnard 110 is the much larger cloud to the upper left. Somehow I managed to cut much of it out. Apparently was going for 107 and didn\'t pay attention to the rest of the field. The three are located in Scutum north of M 11. I found a distance for Barnard 110 of 400 parsecs (1300 light-years) but none for the other two.

Again I was hit with clouds. I intended to double my normal exposure times but the second round of color data was lost to clouds but for one red frame. Four of the luminance frames were not up to par thanks to clouds but including them helped a bit. Probably the equivalent of 5 good luminance frames rather than 8 as far as the final signal to noise ratio. 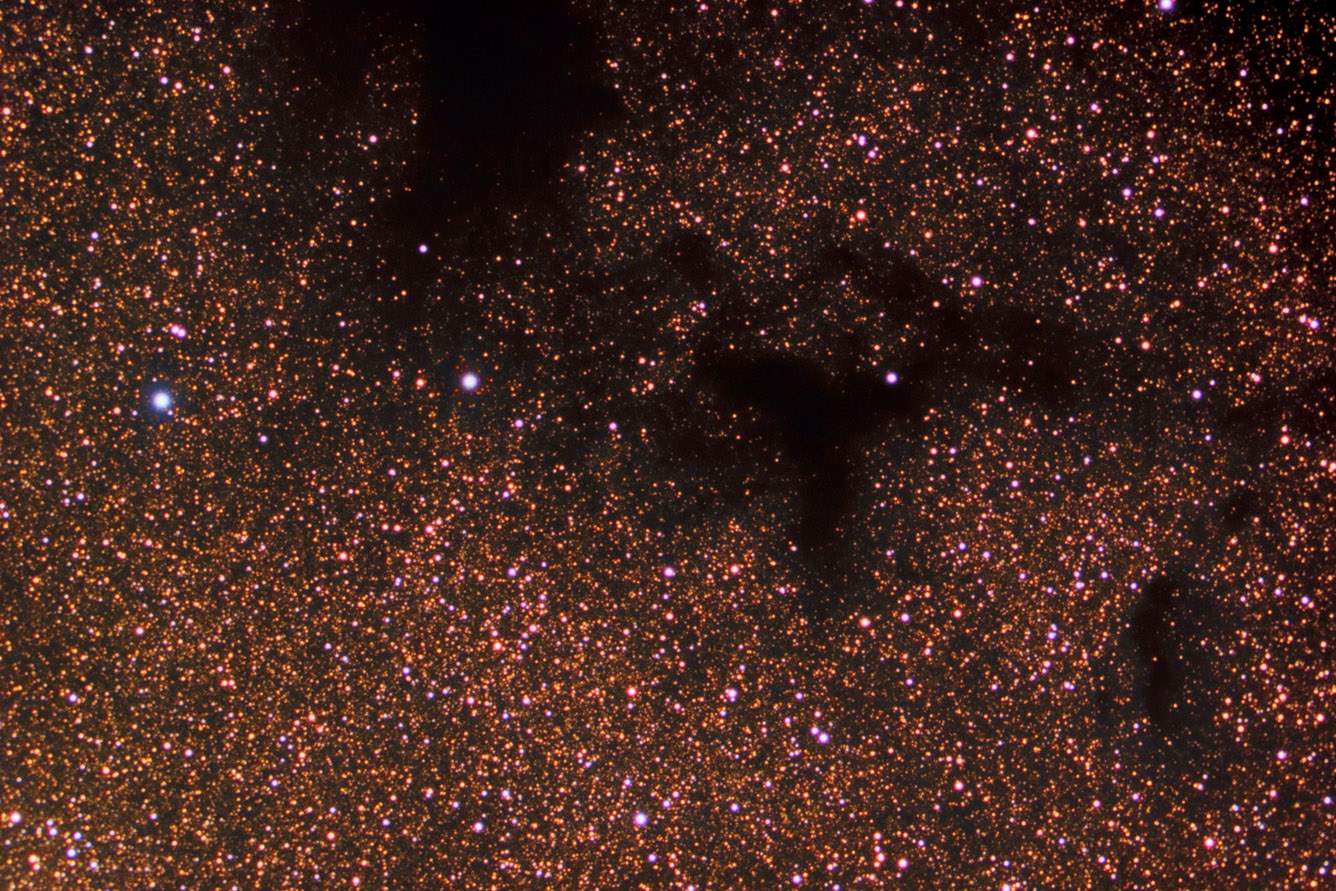