Barnard 118 is a very small but very dark nebula on the edge of the Scutum star cloud one and a third degrees southeast of M11. It is in a very dense part of the Milky Way. The nebula is about the darkest I can recall imaging. With a stretch which results in a background level of about 15 in Photoshop, it was zero. I can\'t recall seeing that before anyplace in the sky. Just to its right (west) is the apparently much smaller Barnard 117A. It had a level of 1 at its core so not quite as dark at Barnard 118 but close. I was in for a surprise when I looked up the sizes of these two. Barnard 118 is listed at 2 minutes in diameter but the \"smaller\" Barnard 117A is listed at 7 minutes in size. There is a slightly dusty region that extends west about 7 minutes from it but it is very hard to see on this stretched image. The linear FITS showed it but only faintly. Try looking at only the red channel of this image and you\'ll start to make it out. It runs to a moderately bright blue star toward the edge of the cropped image at 1.5\" per pixel. 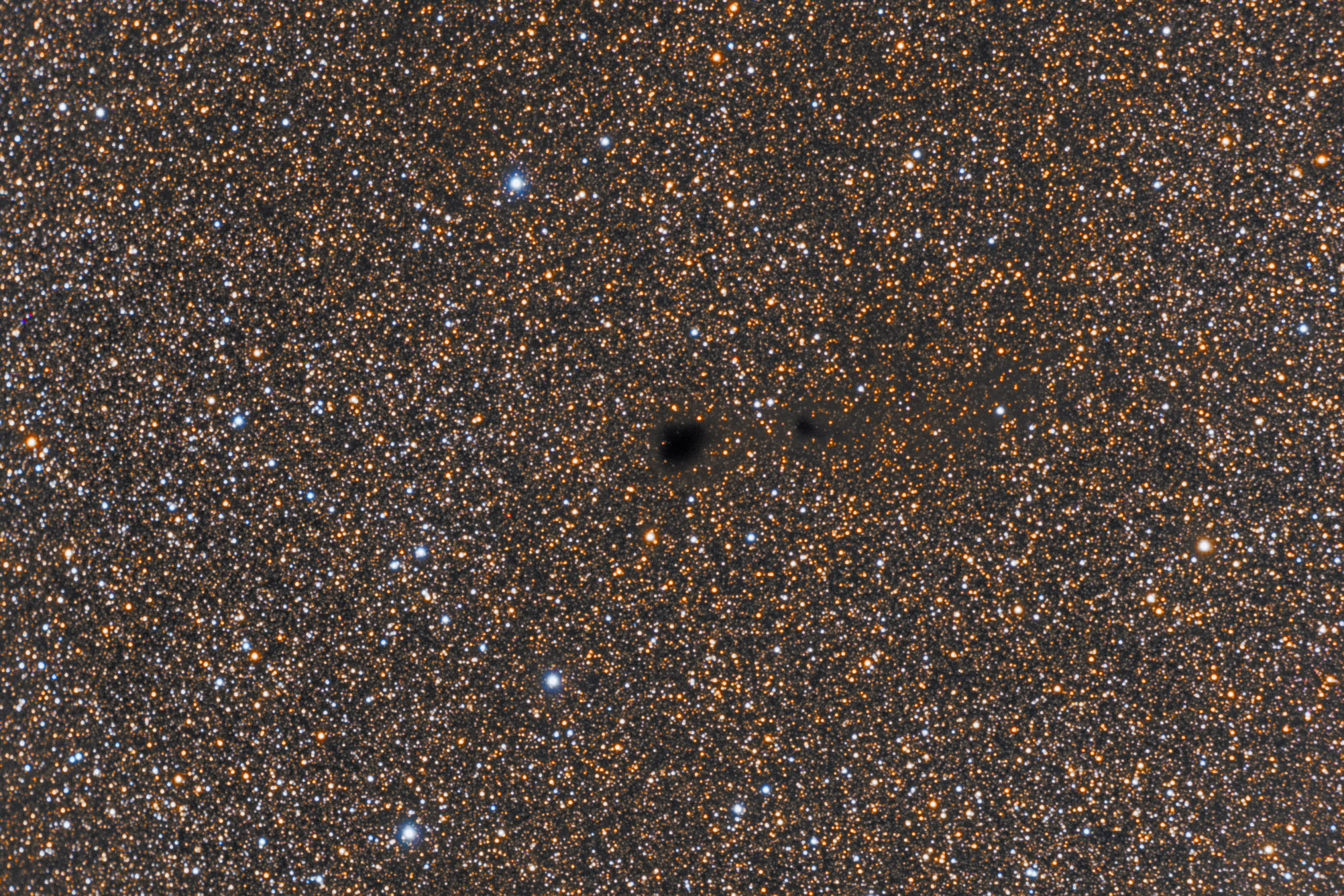