Barnard 122 and 123 are a pair of dark nebulae in northeastern Scutum. They are also known as LDN 545 and 546 respectively. They are quite obvious when seen against the very dense Milky Way. I wonder how visible they\'d be seen against a typical starfield. Both are rated as level 5 out of 6 for darkness. Both have stars seen apparently in front of the nebulae with 122 being the larger. To me, 123 on the left isn\'t nearly as dark as 122 but it may be due to the faint stars seen across 123. Are these stars seen through the cloud or are they in front of it? Maybe a bit of both. I found nothing to say about this. Still, they appear no redder than the rest of the stars so likely are mostly in front of the nebula.

Due to cloud issues, I was able to only use half the normal luminance data I normally use. I\'d likely have picked up even more faint stars with my normal 4 luminance frames. Less data may be what this one needed. 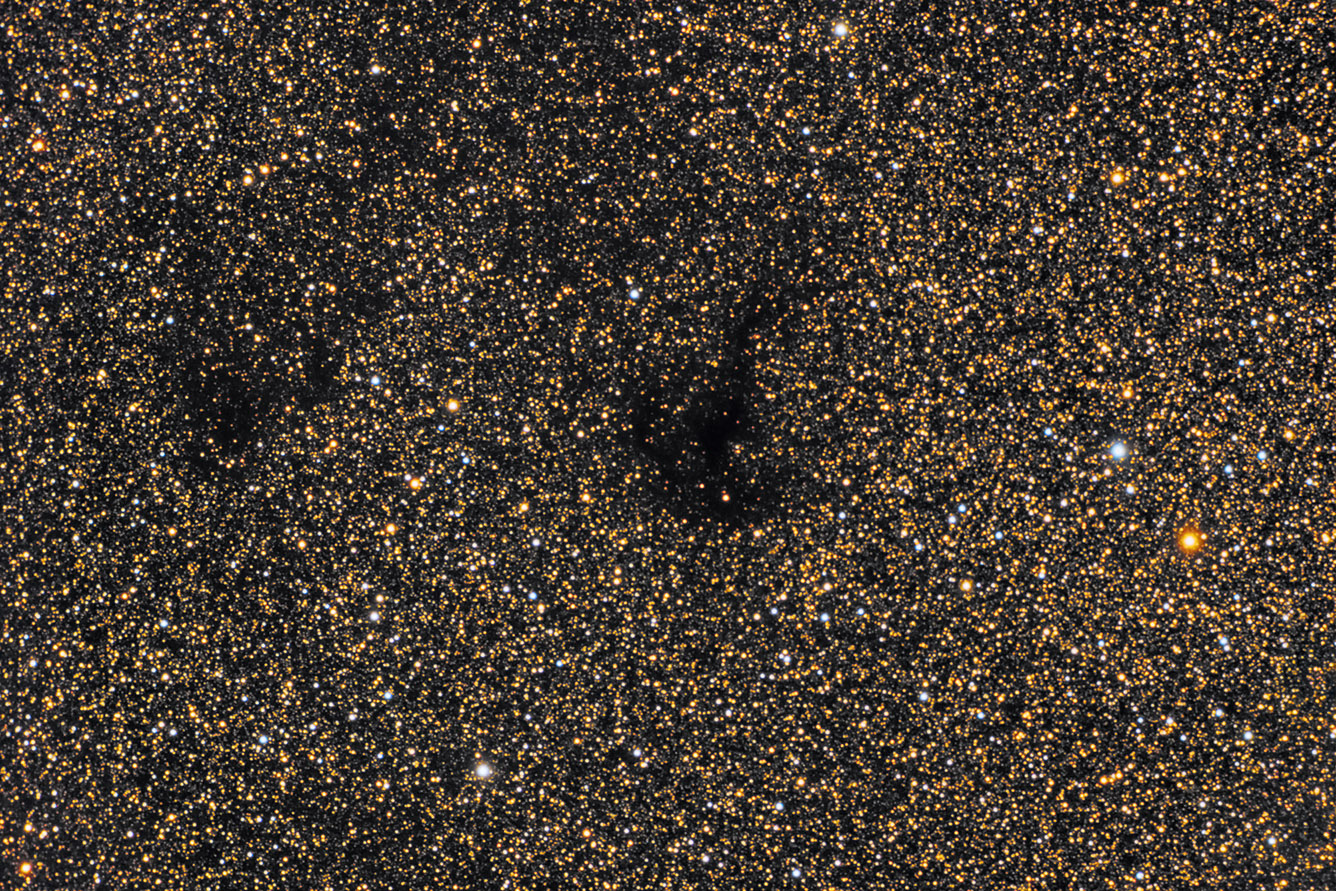