Barnard 132 is a long but thin dark nebula in southern Aquila some say looks like a tadpole. I don\'t see it, a slug maybe but not a tadpole. At the very top of the image is the much smaller Barnard 328 both are rather sharply defined and rated as a 6 in opacity, the highest level. I was unable to find much on either of these.

Unfortunately, I didn\'t realize Barnard 328 was in the image or I\'d have moved the center up a bit to better catch it. Like many of my September images, this one was plagued by smoke and lake haze that played havoc with color balance. Seeing went downhill causing stars to be larger in red than blue or green giving most stars a red halo even if blue. The smoke and haze eliminated a lot of the blue and some green as well. I think I have the color balance fairly accurate after a lot of work.

Both of these dark nebulae appear they would stand out well visually but I\'ve got no log record of ever having looked for them before. 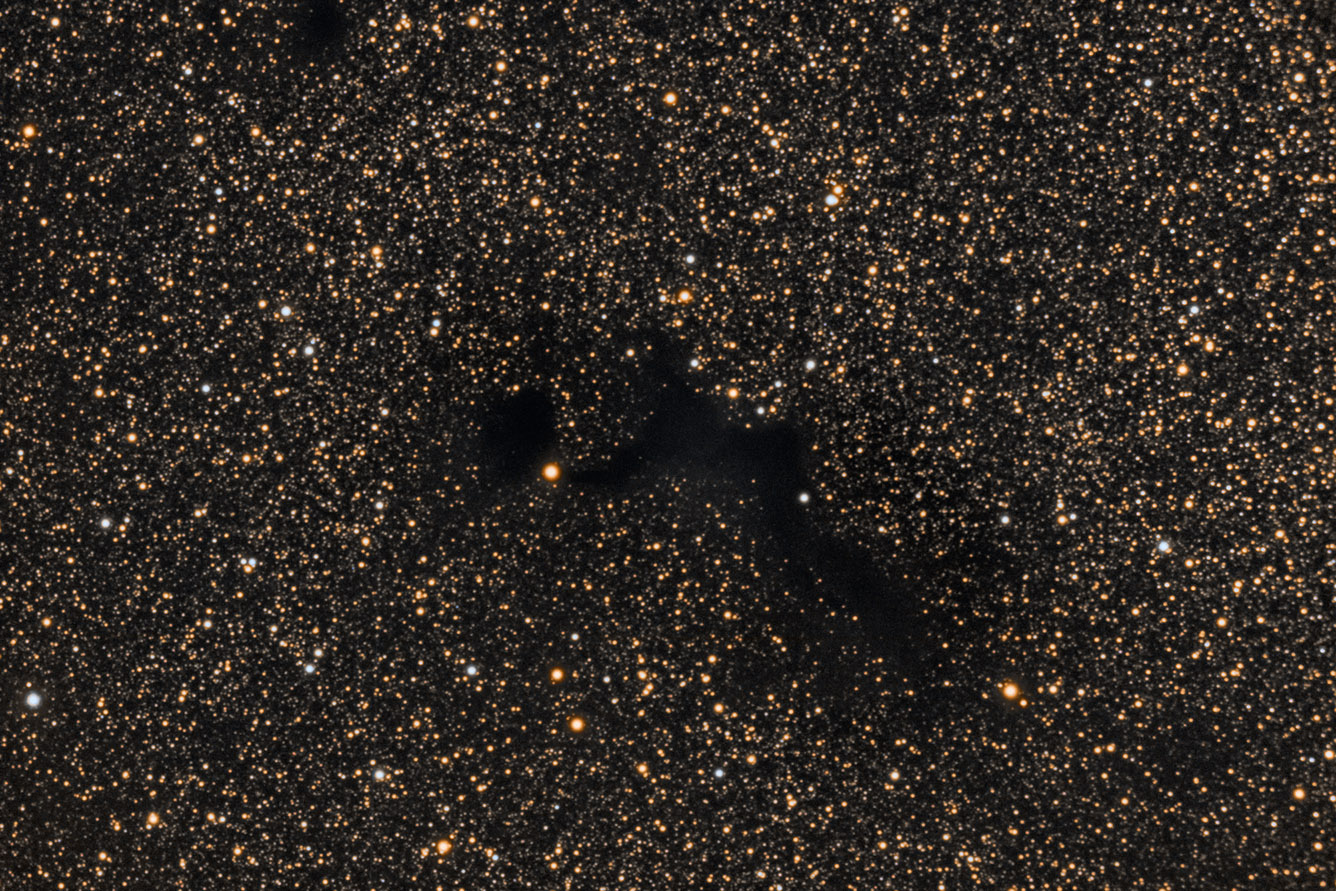