Barnard 143, along with Barnard 142 out of the frame, forms what is often called Barnard\'s E Nebula. My system is poorly suited for most Barnard Nebulae as they are often too large for my system. In this case, I can\'t quite fit Barnard 143 into the frame but can get nearly all of it. Barnard 143 constitutes the northern part of the \"E\" with 142 being the lower bar without the vertical piece to connect it to Barnard 143. Thus B 143 is more of a \"C\" than \"E\" in my system. It is located in Aquila about 3 degrees northwest of Altair. I found few distance estimates for it. Most seemed to say 2000 light-years.

Most images I found of this nebula pushed the contrast to where the nebula was mostly evenly dark so I was a bit surprised how easy it was to show there is quite a brightness difference across the nebula. You really have to distort the dark point to create many of the images I found. I used a very normal, for me anyway, stretch with no special treatment. Also, the brighter regions were less red than I expected. Some areas being nearly neutral in color.

Dark nebulae are some of the coldest spots in the universe with temperatures of only a very few degrees above absolute zero, usually only about 7 to 15K. I\'m yet to take Barnard 142. It\'s of much lower contrast. While it\'s on the to-do list don\'t expect me to get to it any time soon. 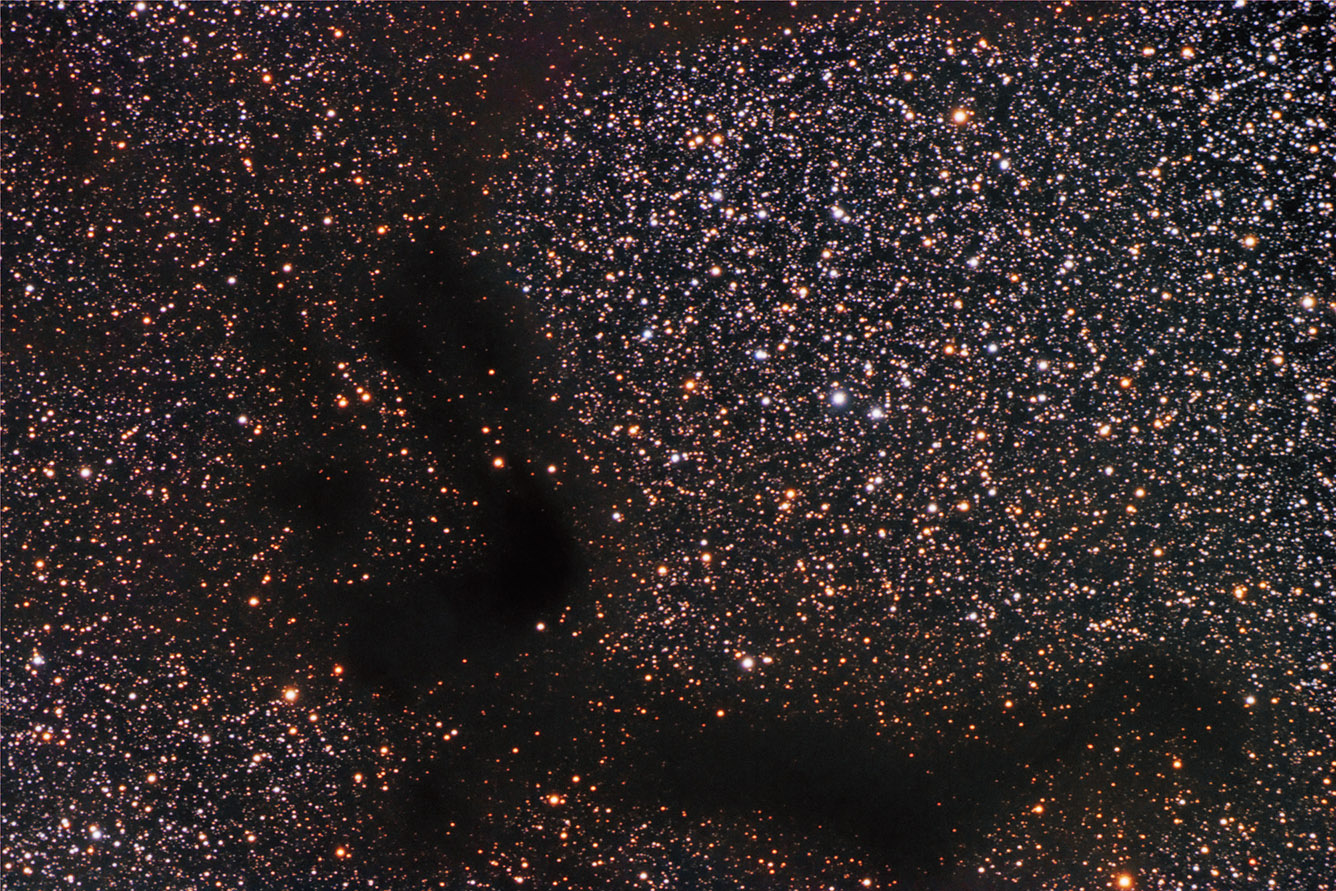