Barnard 158 is a small dark nebula in Cygnus 6.75 degrees east of the North American Nebula. It is listed as about 3 minutes of arc long. Papers I found consider it a Bok globule. Though I found no distance estimate for it.

Conditions were horrid the night I took it. I took 8 luminance frames and 3 of each color but conditions went down hill such that only half the luminance was even usable, 2 of the red and only 1 of green and blue were usable. All were very hazy due to foggy conditions. I had it on the redo list for the following nights but those nights were even worse so it never happened. I decided to try again next year. But in a crazy moment I decided to see if anything could be salvaged. The result isn\'t great but far better than I\'d have suspected from the very weak raw data. Color is very noisy and color balance highly suspect. I had some nasty blue gradients thanks to the clouds.

One galaxy shines through the dust to the north west of Barnard 158. It is 2MASX J21364960+4328061 though NED has little on it, not even a magnitude estimate. It must be darned bright to be seen through all the dust in this part of our galaxy. 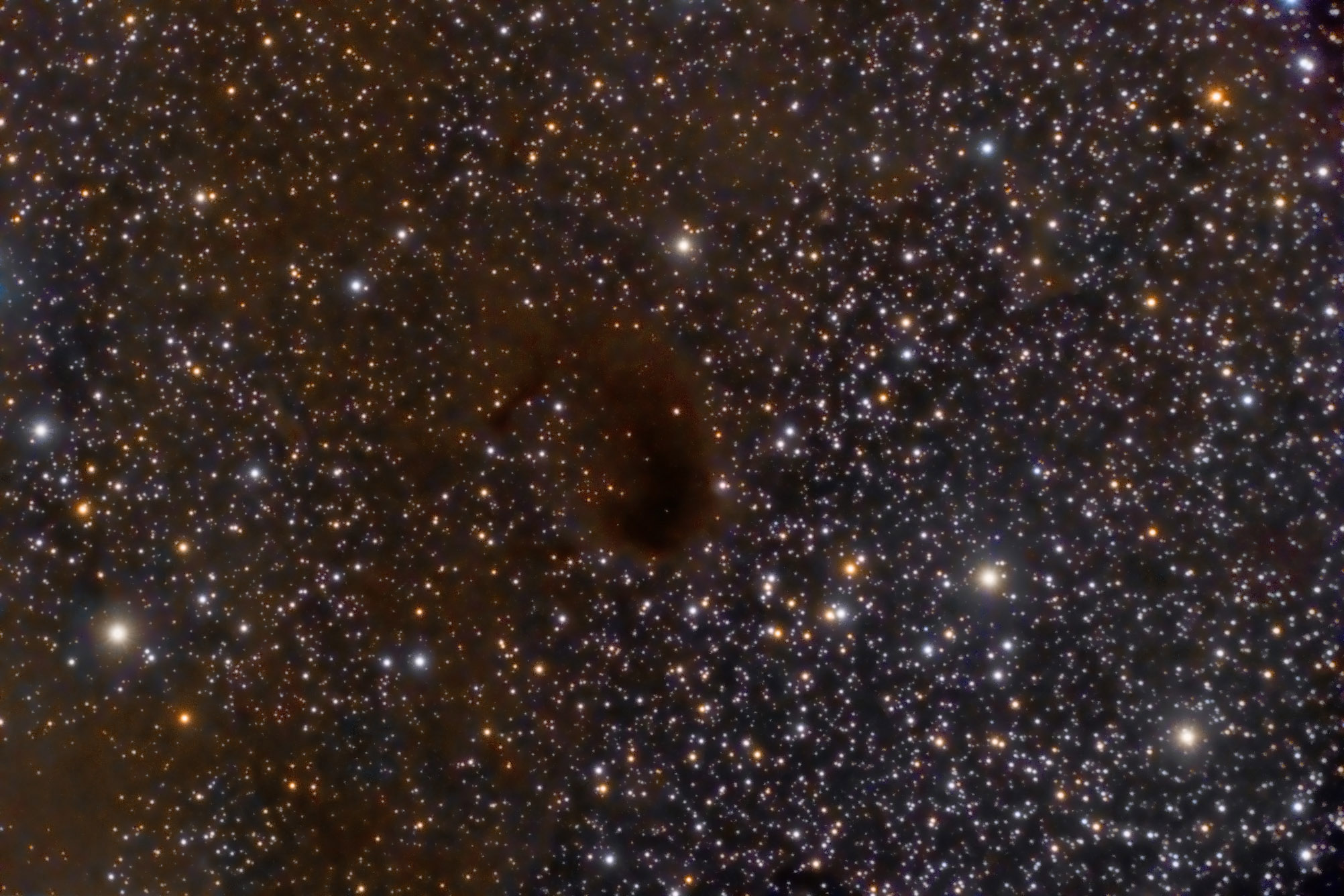