Barnard 343 is a much imaged dark nebula on the western edge of LBN 223 which is part of the nebula complex 1.6 degrees west of Sadr. It is almost always imaged in narrow band. I much prefer the colors from LRGB imaging and the complex is certainly bright enough for this type of imaging. I don\'t understand why it is so rarely done as the colors are much stronger in LRGB than narrow band. Many posts of this object say it is in the IC 1318 nebula around Sadr though I don\'t see that as correct. Most sources make this nebula only about 50 minutes across. It would have to be three times that size to reach to Barnard 343. Also most images I found use high contrast that loses the detail inside the nebula. It isn\'t totally dark as it has areas in which some stars and nebula are seen through the cloud. Only part of it is so dense it blocks everything behind it. Even then there seems a slight blue cast across it due to something apparently closer to us than the obscuring cloud or itself is scattering blue light to some extent while absorbing everything else. 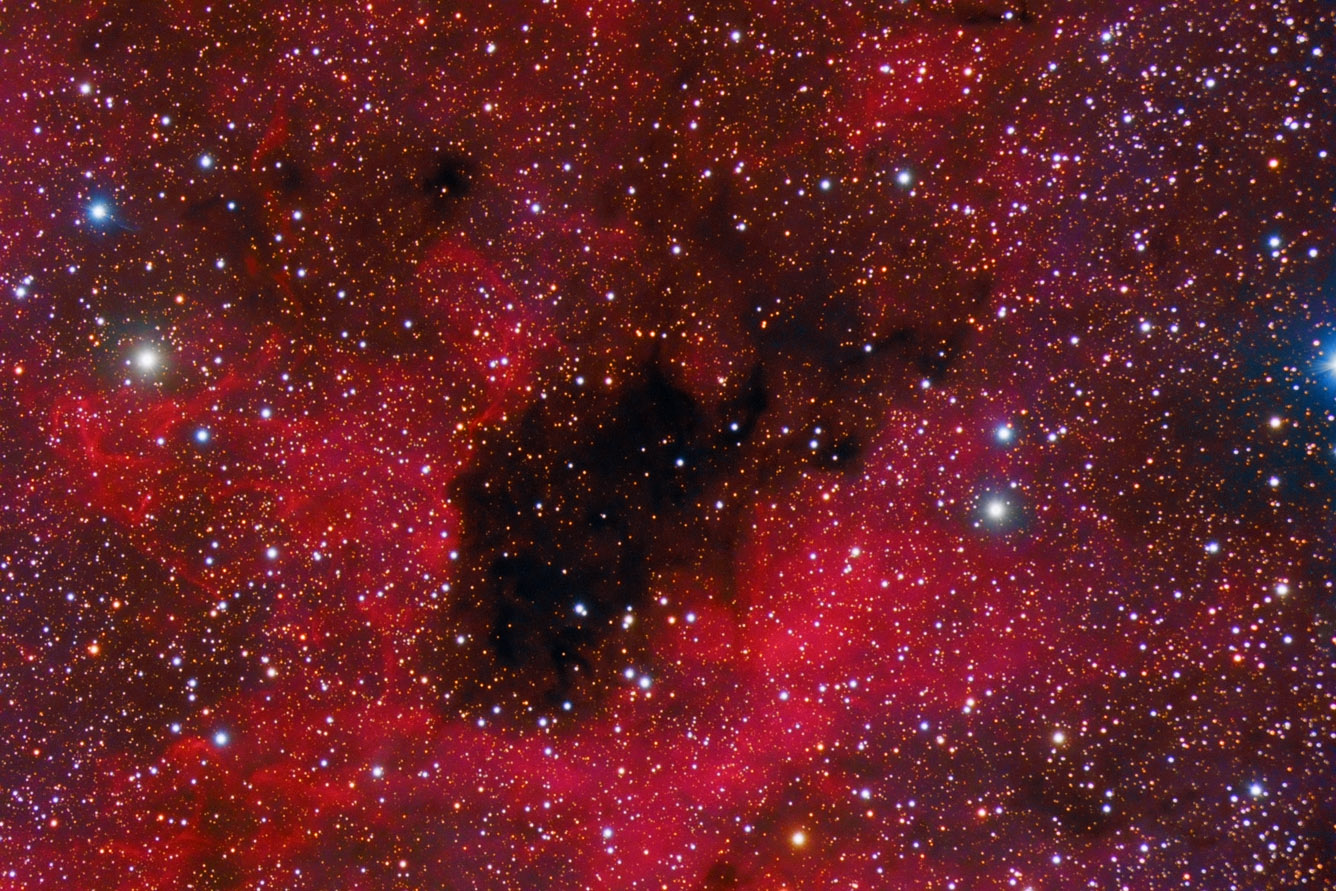