Some Barnard dark nebulae are quite beautiful in spectacular settings. Others not so much. This one falls into the latter category.

Barnard 356 aka LDN 950 is a dark nebula in Cygnus 7.25 degrees west of Deneb. That leaves it in the Milky Way but out of the H alpha emission found in much of this constellation. The cloud doesn\'t seem to be as opaque as many as some stars are seen but for small regions. Even outside the main nebula, the stars appear rather reddened by the dust showing the cloud is larger than the darkest regions would indicate.

I couldn\'t find much on this object. It appears more distant than some foreground blue stars but not as distant as the arm of the Milky Way that runs through Cygnus. The blue glow in the upper right corner is due to a blue star just off the frame\'s edge. It really cast a light into the frame far beyond what I\'d expect from a 9th magnitude rather white star (SA0 50307). 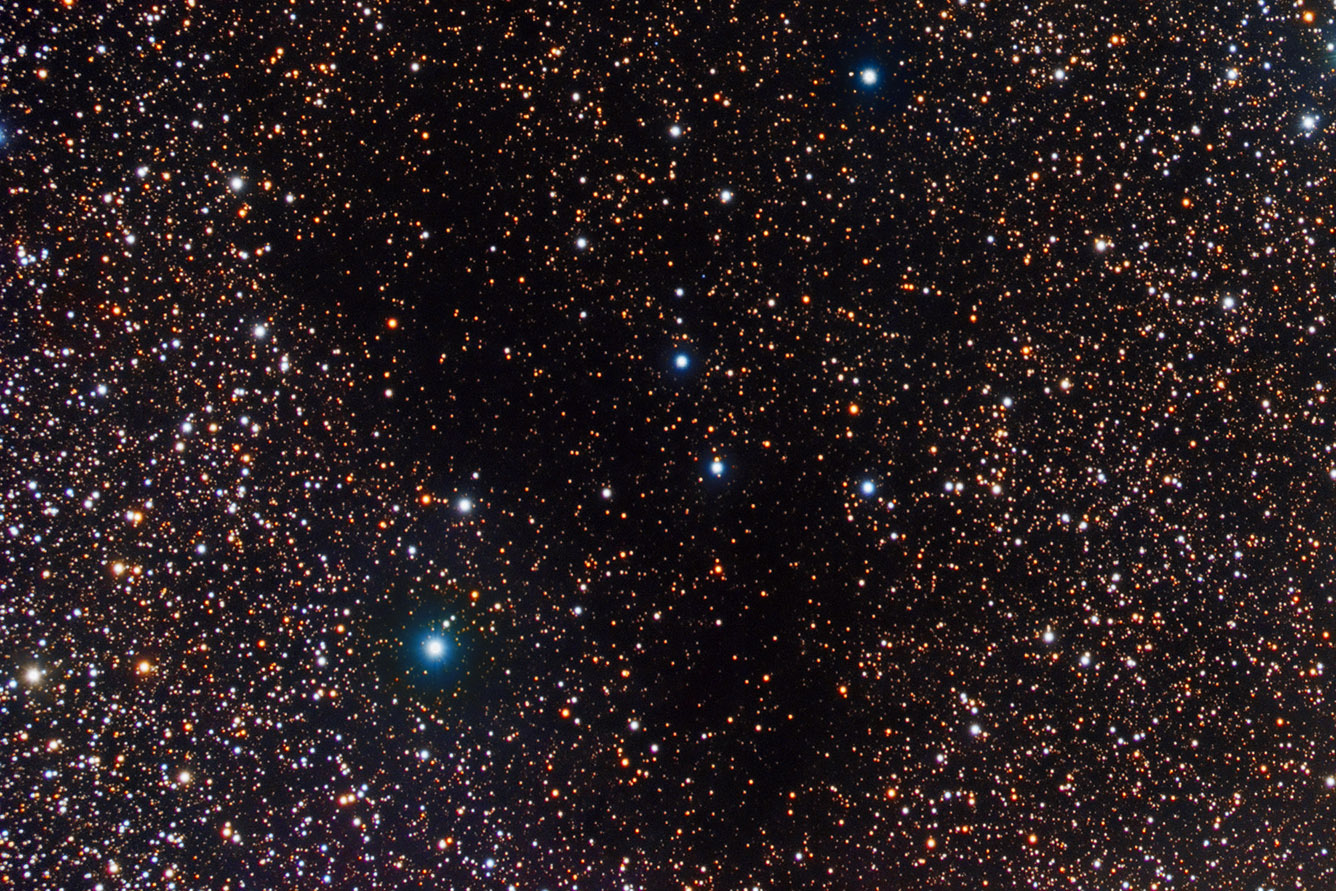