Barnard 362 is a dark nebula located in northeastern Cygnus about 2 degrees northeast of M39. Like many of Barnard\'s nebulae, it isn\'t totally opaque throughout. It has nodules that are quite dense embedded in a far less dense cloud. While LDN 1014 at the bottom of my image is a single dense core much like a Bok Globule though I don\'t see it described as being one. Though a paper on Barnard 362 says it is a Bok Globule. I found one paper ( http://www.aanda.org/articles/aa/pdf/2011/12/aa16438-11.pdf ) claiming to have better determined the distance to LDN 1014. Their value is 258 pc +/- 50 pc (841 light-years +/- 163 light-years). This paper indicates it considers Barnard 362 to be likely at about the same distance though some data indicated it was about 50 light-years closer they consider that due to two outliers that when removed results in a similar distance.

Another paper on LDN 1014 says they have identified three T Tauri stars that formed from the progenitor cloud that formed LBN 1014. All three are easily found in my image using the finder chart in the paper. http://pasj.oxfordjournals.org/content/58/5/L41.full.pdf+html

It appears this nebula is far better studied than is Barnard 362 as SIMBAD has 10 references to Barnard 362 and 69 to LDN 1014! I started out to image Barnard 362, saw a dark cloud south of it that I barely included. It turns out to have been the more interesting object. Another reason I like a large chip to catch these serendipitous occasions. 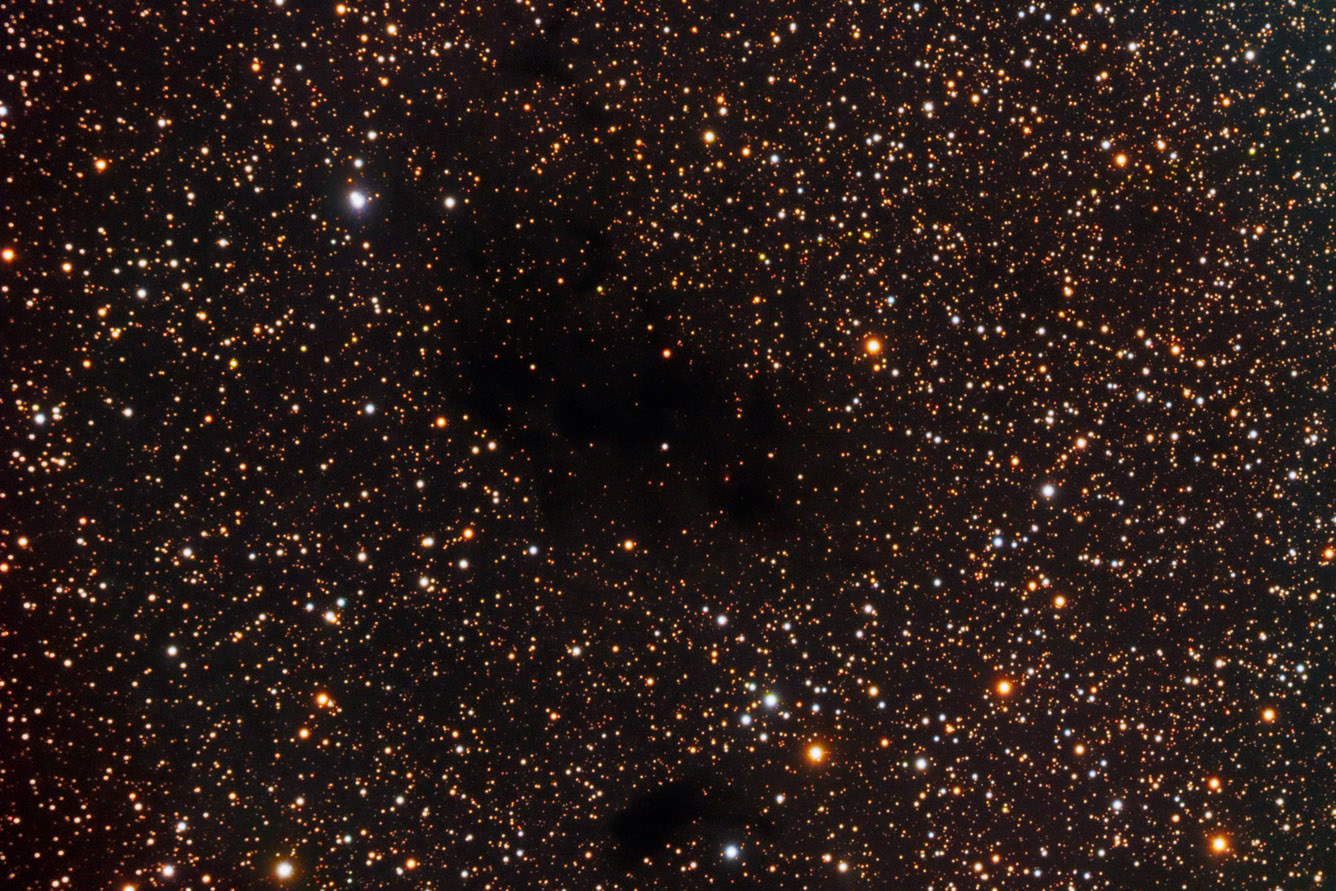