Barnard 365 is yet another dark nebula in the star cluster and emission nebula complex known as IC 1396. It is a somewhat \"S\" shaped dark feature. The image is centered on the coordinates for the nebula though it appears those aren\'t centered on the nebula as its southern end wasn\'t in the frame and is the densest part of the cloud. I should have checked out the framing but this was done when I wasn\'t home. I just trusted the coordinates to be the center. The dark cloud at the bottom of the \"S\" is also known as LDN 1087 and DOBASHI 3170.

Smoke had abated somewhat when this was taken and the color not so skewed but it still isn\'t quite right. For some reason getting the stars right makes a mess of the nebula and vice versa. The famous Elephant Trunk is about due north of this frame. 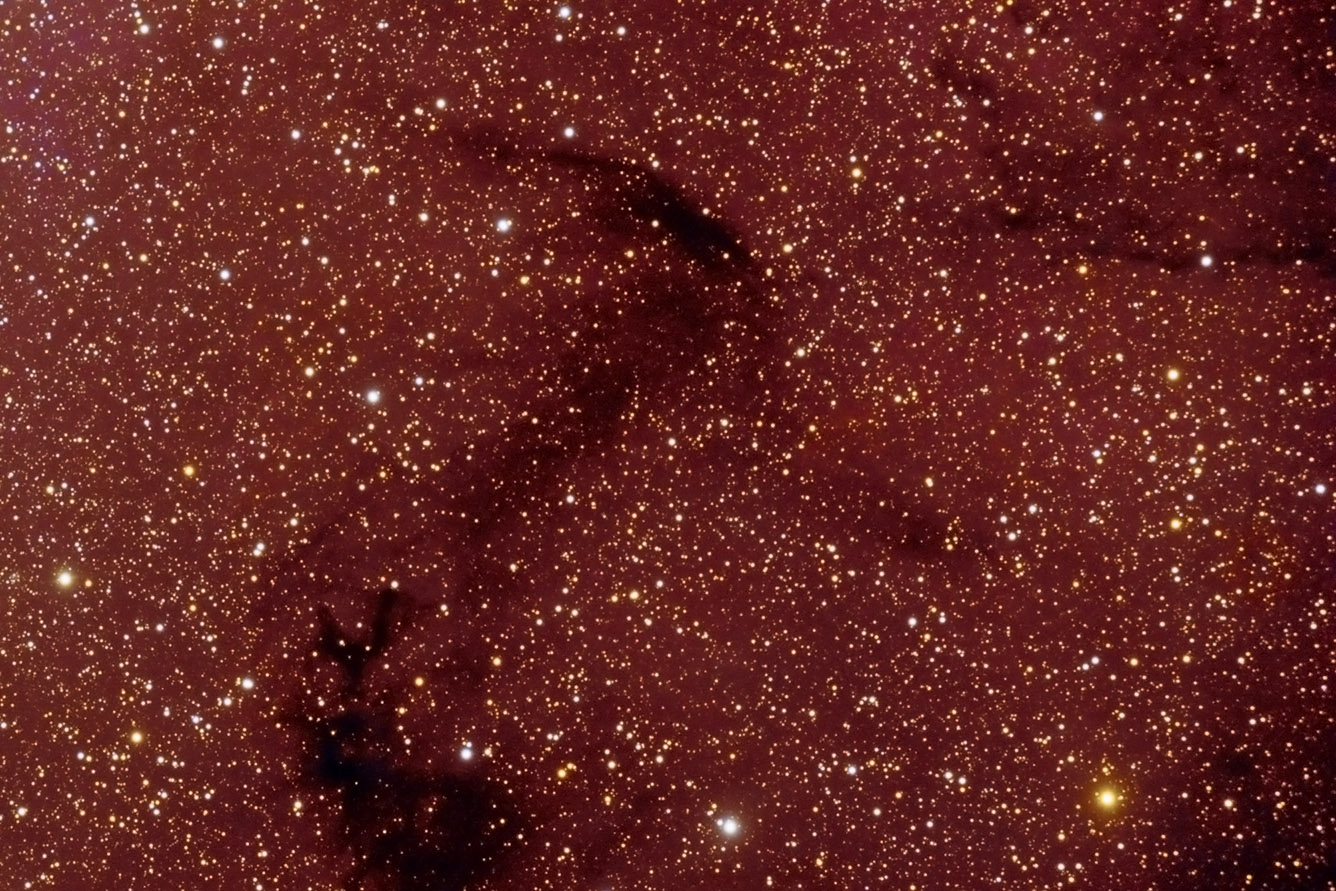